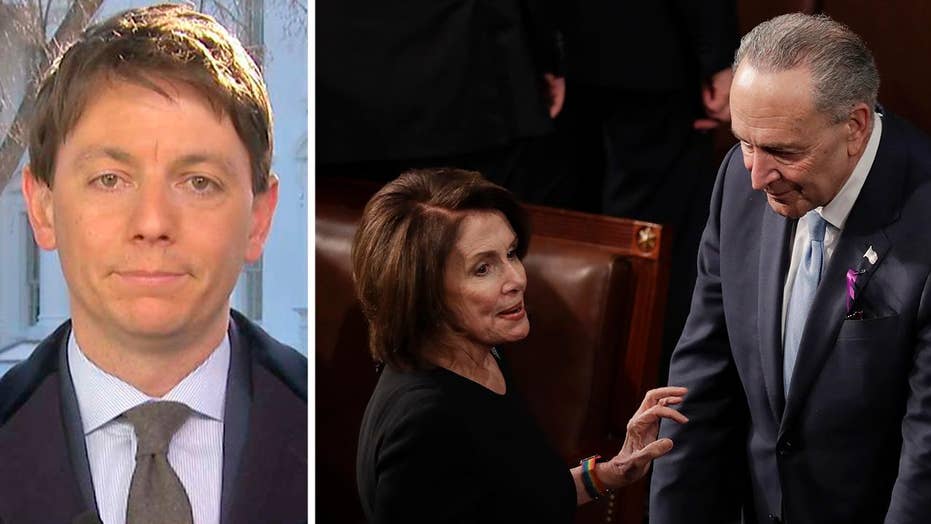 White House on SOTU: When did Dems become anti-America?

On 'America's Newsroom,' deputy press secretary Hogan Gidley reacts to Democrats sitting through the speech and if the president will release the FISA surveillance memo.

It was a terrific speech President Trump delivered Tuesday night — reminding us the state of our union is strong because our people are strong.

I was especially impressed when the president talked about jobs — his desire for every American to know the dignity of a hard day’s work. He reminded us how important skilled workers are to the nation – that welders and mechanics and electricians are noble professions.

The fact of the matter is President Trump was able to do for the American working man what President Obama did not — he’s putting America back to work.

Why Democrats could not find a reason to stand or applaud THAT is beyond me.

But maybe Democrats don’t want Americans to be gainfully employed.

Maybe that’s why the Congressional Black Caucus sat on their sorry butts instead of applauding the news that their constituents are benefiting from the president’s policies.

Maybe the Democrats would rather people be enslaved to the welfare system — chained to a political plantation.

But what Democrats don’t understand is that kind of thinking is contrary to the American spirit.

EDITOR’S NOTE: (This is a partial transcript of Todd’s opening monologue of The Todd Starnes Radio show. Click here to listen to Todd’s complete monologue)