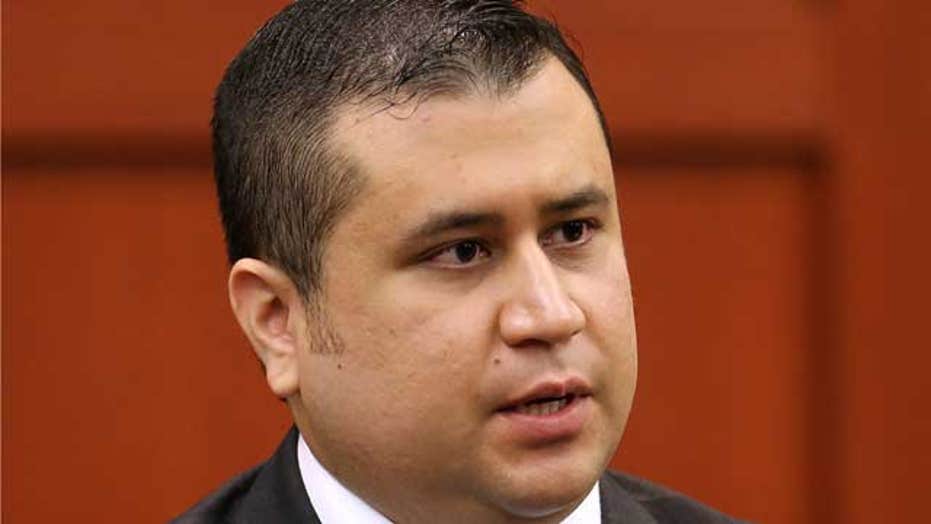 By playing video of George Zimmerman's reenactment of his encounter with Trayvon Martin, did the prosecution forfeit an opportunity to have him on the witness stand?

Prosecutors in the George Zimmerman second degree murder trial have pushed hard on two points as they seek to make their case against him: that the injuries to Zimmerman on the night Trayvon Martin died were “insignificant” and that he had studied Florida’s “Stand Your Ground” law in a college class in 2010.

To win conviction on second-degree murder, the prosecution has to show that the death was caused by a criminal act “demonstrating a depraved mind without regard for human life.”

That’s why the prosecutor keeps pushing the claim that Zimmerman profiled Martin because he was black. Meanwhile, the lesser charge of manslaughter generally is a crime committed in the heat of passion, where there is no premeditation. The jury would have to believe Zimmerman lost his temper in shooting Martin.

People can use force to protect themselves when they reasonably believe it is “necessary to prevent imminent death or great bodily harm to themselves.”  On this score, the testimony of the Jacksonville medical examiner, Valerie Rao, that Zimmerman injuries were “insignificant” is largely irrelevant.

A broken nose, a head being slammed into cement, and punches to the face may not have left Zimmerman incapacitated.  The important question is whether such an attack with a man on top of him would leave Zimmerman to “reasonably believe” that there was a threat of “imminent death or great bodily harm to himself.”

Much was also made of the class Zimmerman took class at Seminole State College taught by Professor Alexis Carter.  The key supposedly was that Zimmerman really did understand Florida’s “Stand Your Ground” law.  Prosecutor Richard Mantei told the court that Zimmerman's legal studies would help jurors understand his "state of mind" and "ambitions and frustrations" before the shooting.

Some pundits, such as Fox News’ Bob Beckel, bought the claim: “I think that the prosecution got back in the case today for a very simple reason: this professor made it very clear that Zimmerman knew everything about the ‘Stand Your Ground’ law and in that ‘Stand Your Ground,’ according to the professor, there are reasons that you could use your gun if necessary but this was not an extreme enough case to do that.  I think that the prosecution is back in it, back in it strong.”

One can debate about whether Zimmerman remembered the part of that lecture from the class.  Nevertheless, it is really beside the point because whether Zimmerman’s actions were legal has nothing to do with the “Stand Your Ground” law.

Prior to “Stand Your Ground,” citizens who wanted to defend themselves from a criminal had to retreat as far as possible and then announce to the criminal that they were going to shoot. The “Stand Your Ground” law simply replaced the original requirement to retreat to a “reasonable person’s” standard, instead stating that lethal force is justified when a reasonable person would believe that a criminal intends to inflict serious bodily harm or death.

But Zimmerman’s defense has never raised the “Stand Your Ground” law for one simple reason: with Zimmerman on his back and Trayvon Martin holding him down, he had no option to retreat.

None of the testimony ever explained why the “Stand Your Ground” law was even relevant to Zimmerman’s actions.  How Beckel comes away with the notion all this means that Zimmerman didn’t have “an extreme enough case” to defend himself is hardly obvious.

Prosecutors’ problem is that they have to do more than eventually convince people that their version of events is “likely,” and they haven’t come close to doing that. Instead, they have to show that they are true beyond a “reasonable doubt.”  To put it differently, to say something is “likely” just means that there is over a 50 percent chance it is true.  To say something is beyond a reasonable doubt means that it is much closer to 100 percent.

The tragic thing about the case is how many people jumped to conclusions before they knew the facts.  Many conservative commentators claimed early on that Zimmerman had acted improperly (Mona Charen, Rich Lowry, Heather Mac Donald, Robert VerBruggen, and Gregory Kane).

Comments by President Obama, Al Sharpton, and others surely stirred up the racial aspects of the case and appear to have generated many cases across the country where blacks attacked whites to avenge Trayvon Martin (e.g.,Gainesville, Florida; Oak Park, Illinois; Mobile, Alabama; Toledo, Ohio; Grand Rapids, Michigan; and Norfolk, Virginia).

It is a case that prosecutors should never have brought, but they let politics influence their decision.

Next, it will be the defense’s turn to present their case.  But, for all practical purposes, the Zimmerman trial is already over.