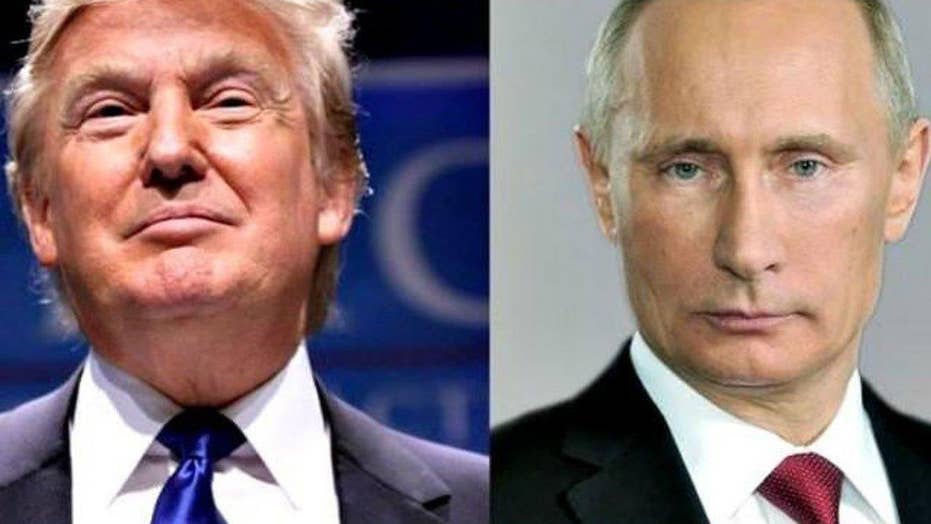 Americans have to wait until November to find out who their next president will be, but in a sense, the winner of the 2016 election is already clear: it’s Vladimir Putin.

As the race begins, we find ourselves in the midst of a global crisis. Iran is testing long-range, precision-guided ballistic missiles that could deliver a nuclear bomb, arguably in violation of U.N. agreements, and the terms of the Obama administration’s much-trumpeted nuclear deal. North Korea is testing, or claims to be testing, hydrogen bombs; for years, the U.S. has essentially ignored Pyongyang’s nuclear ambitions.

And after executing a prominent Shiite cleric, Saudi Arabia has cut off diplomatic relations with Iran after a mob set ablaze the Saudi embassy in Tehran. The tensions between these Middle East rivals bode poorly for American relations with each country as well as for regional stability (such as it is).

In short, this is hardly the time for America to disengage from the world. But to listen to the leading presidential candidates in both parties, disengagement seems to be where the momentum is. And that’s where Putin comes in—because while disengagement will cost the United States dearly, it’s a windfall for the Russian president.

On the Republican side, it’s no surprise that Putin has boosted Donald Trump as “a very bright and talented man and the absolute leader in the presidential race.” In Trump, Putin sees the candidate most like him: driven by ego and deal-making over long-term thinking. Putin also knew that Trump would welcome his “endorsement” and defend him.

When asked about allegations that Putin has had journalists murdered, Trump coolly replied, “I think our country does plenty of killing also.” In his 60 Minutes interview last fall, Trump boasted that he and Putin would “get along very well” and that if “[Putin] wants to be bombing ISIS, let him bomb them”—another indication of a hands-off American approach in the region. Trump believes he and Putin can cooperate: “I believe – and I may be wrong, in which case I’d probably have to take a different path. But I would get along with a lot of the world leaders that this country is not getting along with,” he said at the CNN debate in September.

Trump’s closest rival is Texas senator Ted Cruz, who has been a strident Putin critic. Cruz has promised that as president, he wouldn’t allow Putin “to move unimpeded into the [Middle East] to advance an agenda that is contrary to our own,” has called for a reassertion of American exceptionalism, and says that America should “emulate the decisive actions that empowered Ronald Reagan to win the Cold War without firing a shot.”

That isn’t Putin-friendly language, to be sure. But Cruz’s bellicose rhetoric obscures the substance of his proposed policies, which would play right into Russia’s hands. In practical effect, Cruz is expressing a pro-Putin position when he says, “If we topple [Syrian president] Assad, ISIS will take over Syria and it will worsen U.S. national security interests,” or when he mistakenly claims “that removing Assad from power would be “materially worse for U.S. national security interests.”

The senator is dead wrong.

If the United States disengages in Syria and stays on the sidelines in the Middle East, we will leave a void that will be filled by Russia and its proxies, Hamas and Hezbollah. Leaving Assad in power will send a message to our allies that we continue to allow red lines to be crossed.

A Cruz presidency would leave room for the Russians and Chinese to advance their interests—whether in the Middle East or in the South China Sea. Not to mention the holes left by his opposition to the metadata program, a serious national security need that Cruz doesn’t support.

We’ve had enough of these hands-off policies already, under President Obama. Putin is making inroads with longtime U.S. allies in the Middle East, such as Saudi Arabia and Egypt, both disgruntled with the administration’s lack of support. Putin met with Saudi Arabia’s defense minister in Moscow last October, where they “confirmed that Saudi Arabia and Russia have similar goals” in Syria. The Egyptian government signed a contract with Russia’s state-owned Rosatom Atomic Energy to build a nuclear plant in Egypt.

Sure, some Republican candidates—especially Marco Rubio, Jeb Bush, and Carly Fiorina—are taking a hard line against Putin. But none are faring well in the polls. Rubio can’t break out of the low teens, and Bush languishes in the low single digits. Fiorina is sliding into also-ran status.

On the Democratic side, the Obama administration’s obvious mishandling of Russian policy has given Putin lots of room to pursue his goals—and Hillary Clinton has endorsed Obama’s policies across the board. She may have given Putin his biggest lift by praising the Russian Reset that she orchestrated as Secretary of State. In a 2014 NPR interview, she maintained that “the reset worked,” and that it was meant to be a “device to try to refocus attention on the transactional efforts that we needed to get done with the Russians.”

History tells a different story. Before Putin illegally annexed Crimea, Clinton went to Yalta and warned the Russians against aggression. The Russians came anyway. Since then, she has scarcely criticized the administration for its refusal to meaningfully aid an increasingly desperate Ukraine.

Nor has Clinton dissociated herself from the administration’s other foreign policy failures. She has supported the Iran nuclear deal without apparent concern about Russia’s support, tacit and explicit, for the Tehran regime. And she has even backed Obama’s failing ISIS strategy, offering that “a lot of the right moves have been made” and that she would have “advised him to do exactly as I believe he is now doing.”

Clinton, of course, is considered a lock to get the Democratic nomination. Trump and Cruz are lapping the Republican field.  How things will play out remains to be seen, but the debate over whether Vladimir Putin is operating from a position of weakness or strength should stop.

Putin has a clear strategy that has propelled him to military victory in Crimea, and he holds strong positions in Syria and Ukraine. He is on a mission to advance Russian interests around the world and reestablish Russia as a global superpower. We are doing nothing to stop him, and our politicians have no serious plan for the future.

Just listen to America’s leading presidential candidates. As long as they talk this way, it won’t matter to Putin who’s leading in the polls. He’ll be assured that, come January 2017, another American president will help him #MakeRussiaGreatAgain.