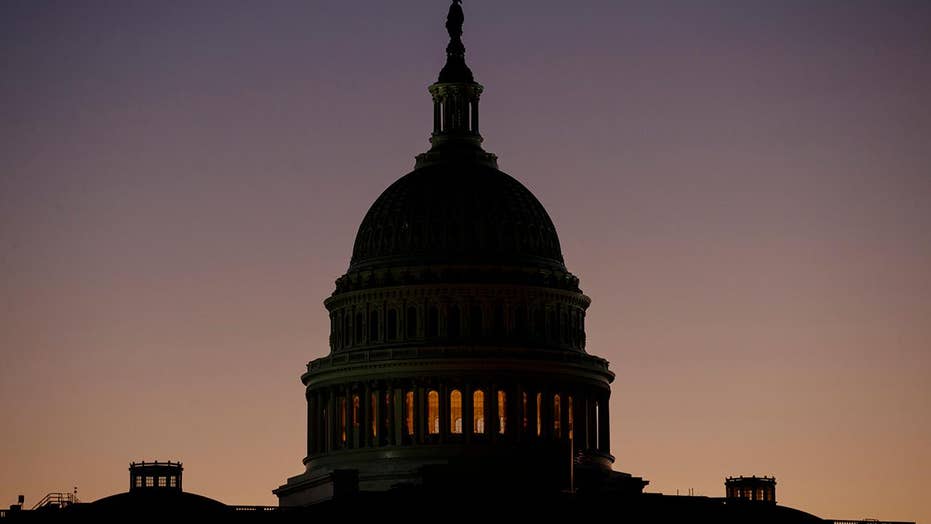 President  Trump correctly opposed the continuing resolution that slithered out of the Senate on Thursday night. Instead, he should tell members of the 115th Congress to keep voting until they send him a budget that funds a southern border wall.

Senate Majority Leader Mitch McConnell must have fallen into a barrel. Only that could explain the Kentucky Republican’s belief that kicking the budget can into next February would simplify matters for President Trump and the GOP. Alas, McConnell would have kicked that can right into hell.

If things are tough in Washington with a unified Republican government, just wait until San Francisco Democrat Nancy Pelosi controls the House on January 3. She will lead a far-left caucus interested in resisting President Trump’s every move, at best, and jailing him, at worst. Such über-liberals as California’s Maxine Waters and New York’s Jerrold Nadler — and such full-on socialists as New York’s Alexandria Ocasio-Cortez — will salivate over President Trump’s impeachment, not funds for his signature border wall.

“Punting to Feb. 8 on a CR not only gives Democrats a Christmas present, it offers them a Valentine’s Day gift,” House Freedom Caucus chairman Mark Meadows (R., N.C.) said via Twitter. “No more excuses. No more games. Stand up and fight.”

President Trump should sign a measure to fund the government through December 31. He then should keep Congress in town, voting around the clock except for Christmas Eve and Christmas Day. Postmen deliver the mail throughout the Yuletide. Members of Congress should labor at least as hard. If a solution is not reached by New Year’s Eve, another continuing resolution should fund the government through January 3, giving the Republican Congress three more days to fix this mess, before Pelosi and the Resistance take over.

If this seems unfair to Republican lawmakers, remember that Senate Democrats voted for ObamaCare on Christmas Eve 2009. While Democrats and the left have horrible, destructive policies, Republicans and the right should admire and emulate their focus, dedication, and discipline. While Republicans scatter like chickens in a barnyard struck by lightning, Democrats march in lockstep, like parading North Korean soldiers.

The House should pass an array of spending plans, with wall money, and give the Senate ample options to concur.

The first vote should be the Freedom Caucus’ amendment for $5 billion in border wall funds. On Thursday morning, Freedom Caucus members begged House speaker Paul Ryan and Majority Leader Kevin McCarthy for such a vote. This is mind-blowing. Why on earth was this vote not held — a week ago? A month ago?

If the Senate defeats a House bill with $5 billion in wall money, the House should transmit a separate bill with $4.5 billion, and then another $4 billion, etc. At some point, public pressure, fatigue, and homesickness should trigger Senate consent.

The House also should pass a bill co-sponsored by Representative Mo Brooks, R., Ala. and Senator Ted Cruz, R., Texas. The three-page EL CHAPO Act — or Ensuring Lawful Collection of Hidden Assets to Provide Order — would finance the border wall with any money recovered from jailed Mexican drug lord Joaquin “El Chapo” Guzman, and other narco-traffickers. The U.S. government seeks some $14 billion in Guzman’s illicit cash. Republicans should dare House and Senate Democrats to oppose such common-sense and, essentially, no-cost wall funds.

Another relevant idea — President Trump should offer Senate Democrat leader Chuck Schumer of New York this simple deal: In exchange for Democrat support of the House’s $5.7 billion in wall funds, President Trump will back the Gateway Tunnel to augment today’s dilapidated, leaky trans-Hudson River passage between New York and New Jersey.  This federal expenditure can be justified on the basis of interstate commerce. If the old tunnel were to close (or collapse catastrophically, drowning thousands), this would be a devastating blow to rail service up and down the Eastern Seaboard. A wall-tunnel swap would be a perfect compromise that could satisfy both sides of the aisle.

This column is adapted from a column that first appeared in the National Review. Keep reading here.