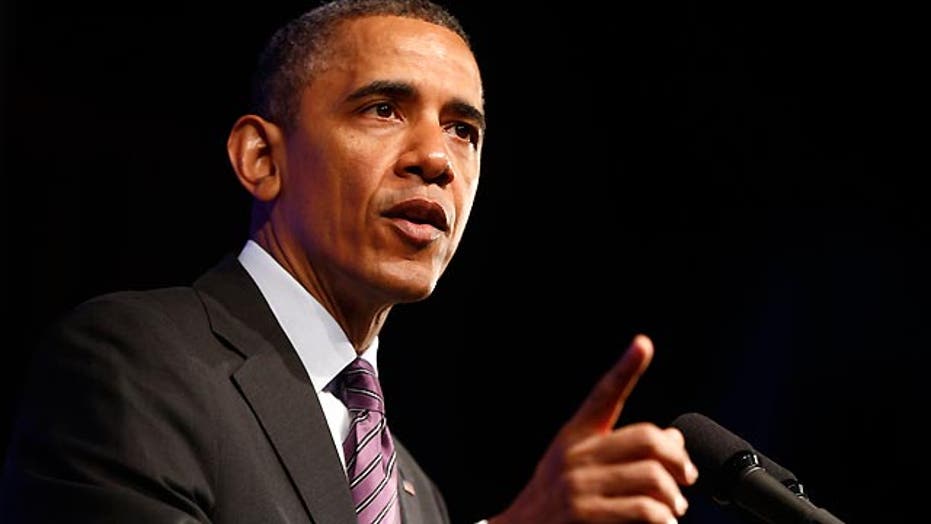 Addressing a meeting of Planned Parenthood last Friday, President Obama accused pro-lifers of wanting to "turn back the clock to policies more suited to the 1950s than the 21st century."

Like any decade, the '50s had its problems -- racism, discrimination, sexism -- but I'll defend the '50s on other grounds, if the president will defend the decade that followed.

In the '50s, for much of mainstream America drugs were something you bought at a pharmacy with a prescription; living together meant getting married first, then having babies; abortion was not legal; our culture wasn't the enemy; metal detectors were instruments one took to the beach to find loose change and schools and the streets were mostly safe.

It's "Ozzie and Harriet" vs. Woodstock.

Dr. Kermit Gosnell is on trial now in a Philadelphia courtroom indicted on charges that he performed late-term abortions and killed babies born alive during the procedures.

Is this the 21 century the president prefers?

It is actions like this -- not the policies of the '50s -- that have weakened America and harmed the women the president claims to be defending.

How many women has the president talked to who lament their abortions and say they would have made another choice, if they had been shown alternatives?

Does the president champion the rights of these women?

According to FactCheck.org, as an Illinois state senator, Obama twice voted against the so-called "born-alive" bills that would have "defined any aborted fetus that showed signs of life as a 'born alive infant' entitled to legal protection."

He opposed the bills, he said, "as backdoor attacks on a woman's legal right to abortion." He chose politics, not lives.

In his speech to Planned Parenthood, the president never mentioned the word "abortion," preferring to talk instead about "women's health."

Could it be because 40 years after the historic Roe v. Wade decision, public opinion on abortion has changed very little? For the most part, those who favor it, favor it; those who do not, do not.

The president and Planned Parenthood's other defenders claim that if the organization were to be denied tax dollars, there would be fewer mammograms, cancer screenings and other services available, especially to poor women. Is this anything more than a distraction from Planned Parenthood's real purpose -- providing abortions?

According to analysis from the Chiaroscuro Foundation, a not-for-profit organization seeking to reduce the number of abortions in New York, Planned Parenthood "provides more abortions than any other organization in the United States, about one of every four U.S. abortions."

"Planned Parenthood's bottom line is numbers," according to a 2011 op-ed for The Hill newspaper written by former clinic director Abby Johnson, "And, with abortion as its primary money-maker, that means implementing a quota. ... I was directed to double the numbers of abortions our clinic performed in order to drive up revenue."

Planned Parenthood spends a lot on electing liberal Democrats to office. It can afford to.

According to its 2011-2012 annual report, the organization reported more than $1.2 billion in net assets and received a record $542 million in taxpayer funding. The pro-life Susan B. Anthony List has compiled the "Top 12 Reasons to Defund Planned Parenthood Now". Read it.

Planned Parenthood and the left are inextricably linked. The organization works to elect Democratic candidates who will defend their mission and those candidates, once elected, fuel Planned Parenthood's agenda by funneling tax dollars their way and trumpeting their "good works" in the name of women's health. And millions of American children are aborted.

This is what the 21st century has to offer us? This is what we should prefer over the '50s?

A 1962 hit song looked back on the stability of the '50s and the values that shaped the decade. It was called "That's Old Fashioned." The Everly Brothers sang it. One of the verses goes:

"It's a modern changing world

Everything is moving fast

What they did in the past."

That beats some of the lyrics from the psychedelic '60s. By comparison, the'50s look pretty good to me.