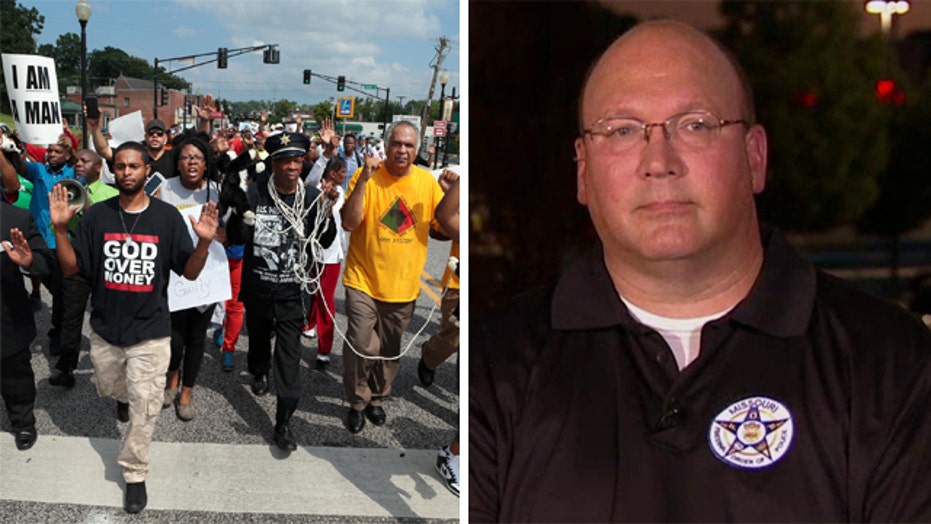 We get accused of being paranoid, but we look less paranoid after heavily armed police in Ferguson, Missouri, tear gassed peaceful protesters, arrested journalists and stopped some journalists from entering the town.

One week before the rioting began, Fox News aired my documentary on the militarization of law enforcement, “Policing America.”

That show didn’t stop some left-wing commentators from making the bizarre claim that libertarians like me have been silent about Ferguson.

I can’t force them to read my columns, or Sen. Rand Paul’s (R-Ky.) article titled “We Must Demilitarize the Police” or libertarian Rep. Justin Amash’s (R-Mich.) condemnation of the police for “escalating” tensions with “military equipment.”

Although it was government, police and government-supplied military equipment that provoked the conflict (plus property-rights-violating looters), leftists still found ways to blame libertarians and advocates of private gun ownership.

Pulitzer Prize-winning cartoonist Tom Toles depicted a sarcastic TV viewer watching news from Ferguson and sniping that “I’m sure the NRA has an interesting solution for this” -- as if overzealous police are the fault of people who believe in individuals’ right to defend themselves.

Other pro-big-government commentators just questioned the sincerity of libertarians, saying that if we were in power, we would become authoritarians and defend the police.

It’s true that once people are in power, they often grow fond of authority and less interested in liberty. But I don’t see why this is an argument against libertarians -- who warn about this problem all the time -- instead of an argument against all those who are actually in power and shameless about wielding that power.

But since leftists are so easily confused, and since there’s plenty of blame to go around, let’s list who’s to blame for what:

--The police do not have the right to execute suspects, unless there is no other way of stopping them and they pose an immediate threat to the safety of others.

--Michael Brown, assuming current interpretations of security footage are correct, robbed and bullied a store clerk right before he was killed by police. That may well mean he was violent and dangerous, but even violent people should be brought to trial, not gunned down.

--Individual cops may feel threatened -- and may be threatened in the course of doing their jobs -- but they still do not have the right to use more force than is necessary. Too often, panicked or angry cops pump multiple rounds into already-wounded suspects, as appears to have happened to Michael Brown.

--Yes, centuries of white people abusing the civil liberties of blacks have left many blacks resentful of police power, and in recent years, white police officers have shot, on average, two young black men every week. But none of that justifies violence and looting like that which followed Michael Brown’s death. Criminals who ransack stores are always wrong to violate the rights of innocent third parties.

--Peaceful protestors should not be lumped in with looters and subject to curfews by police. Most looters are opportunists, not people making a political statement. Police and angry citizens alike have a duty to distinguish between protesters and criminals.

--The Pentagon, the Department of Homeland Security and opportunistic politicians all pushed the idea of heavily arming local cops, even in places more rural than Ferguson. “Why would cops wear camouflage gear against a terrain patterned by convenience stores and beauty parlors?” wonders the Cato Institute’s Walter Olson.

He notes that a man identifying himself as a veteran from the Army’s 82nd Airborne Division reacted to video of police in Ferguson by tweeting, “We rolled lighter than that in an actual war zone.”

If authorities arm cops like soldiers, they may begin to think like soldiers -- and see the public as the enemy. That makes violent confrontations more likely.