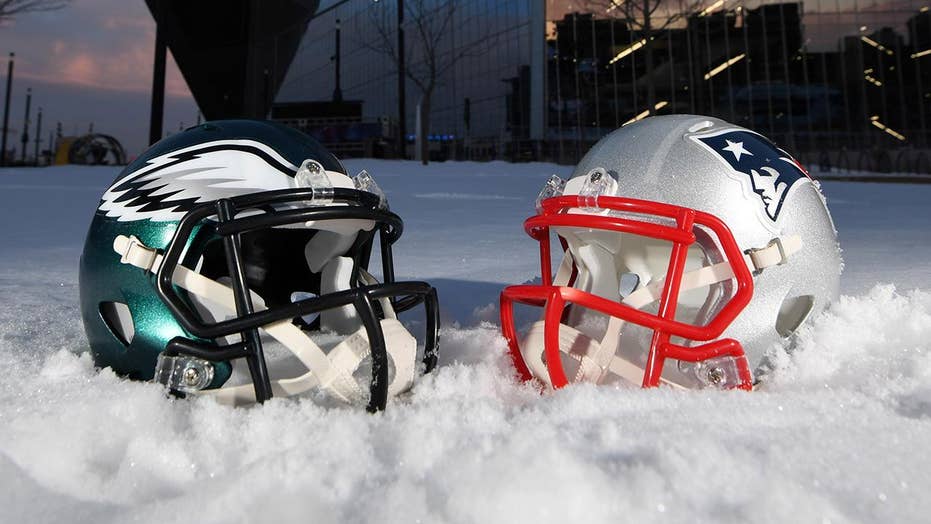 When Super Bowl LII commences Sunday evening, millions of viewers will tune in to watch the New England Patriots play the Philadelphia Eagles. For some fans, it is an opportunity to pull for the “underdog” Eagles against the “Evil Empire” Patriots. For others, it is a chance to pull for a great dynasty against whoever-the-other-team-is.

My wife and I are going to watch the game with our three children. We are going to eat pizza, hot wings, guac, chips and salsa, and several varieties of dessert.

Before the game starts, however, we are going to take a moment to teach them a Christian view of football. We will teach them that football is more than a game, less than a god, and a wonderful opportunity to feel God’s pleasure together while eating good food and cheering in front of the television.

More than a Game

Some Christians treat a sport such as football as a mere triviality, a distraction, or even an evil. But they are wrong to do so. One reason is that God created us to be like him (Gen 1:26-28). One of the ways we imitate him is by being creative and bringing out the hidden potentials of his creation.

Our children will notice if sports are the primary shapers of our identity. They’ll eventually pick up on the fact that football—rather than, say, church worship or marital commitment—brings out our deepest emotions.

Another reason is that game day allows many of us to experience a type of excitement, enjoyment and relaxation that temporarily frees us from the stresses of life and work. That is why theologian Jurgen Moltmann often urged Christians to participate in play and sport as an anticipation of the day when there will be no more sadness or stress – when God will return to rid the earth of sin and its consequences (Rev 21, 22).

Less than a God

So, while football can be viewed as more than a mere triviality, we should also be careful not to elevate it to the status of a deity.

The Bible teaches that humans often elevate some good aspect of God’s creation—such as sex, money, or power—to a status of ultimacy that God alone deserves. When that happens, the “good” thing becomes a false god or an “idol.”

Football is no exception. A number of cultural analysts (such as David Prince) have argued that Americans tend to make a god out of sports such as football. When football is treated as a “god” – and especially when it is worshiped in combination with other false gods (such as sex, money, and power) – the outcome is ugly and harmful.

When football functions as a god, for instance, athletes become narcissistic. Dennis Miller captured this reality when he ranted, “Today’s athletes…can’t complete the most basic of tasks without performing some kind of field, ego-driven, self-congratulatory ritual… If I see one more athlete make a routine play and do a wild banshee itchy dance, I’m going to slap the man senseless with my remote….”

That’s nicely put. And, for the record, I think we’d all pay good money to see Dennis Miller try to remote-control-slap a middle linebacker.

When football functions as a god, athletes feel free to demean and degrade the competitors on rival teams.

When football functions as a god, athletes are tempted to take illegal substances in order to enhance their natural abilities.

When football functions as a god, coaches are tempted to cheat by stealing information from other teams, paying players to injure their opponents, or by otherwise inflating, deflating, or altering the game illegally.

Finally, and most importantly, when football functions as a god, parents will unwittingly predispose their children toward false worship. Our children will notice if sports are the primary shapers of our identity. They’ll eventually pick up on the fact that football—rather than, say, church worship or marital commitment—brings out our deepest emotions.

An Opportunity to Enjoy God and His World Together

So while the Super Bowl is more than a game and less than a god, it is certainly a very good opportunity to enjoy God and his world together on a Sunday evening.

It is a time to celebrate humanity created in the image of God. Walter Camp exercised his God-given creativity when he invented football. Coaches and athletes use their God-given abilities to compete and to achieve a goal by overcoming obstacles. Fans and commentators are able to suspend the stresses and sadness of life in order to watch a ballgame.

Here is what I mean by that. God is the one who created us in his image, who created in our world a venue for the excitement and pleasure provided by sports and competition.

To riff off of the apostle Paul, we might say, “Therefore, whatever we eat or drink, whatever sport we watch or play, whatever team we pull for or against, we do it all to the glory of God.”