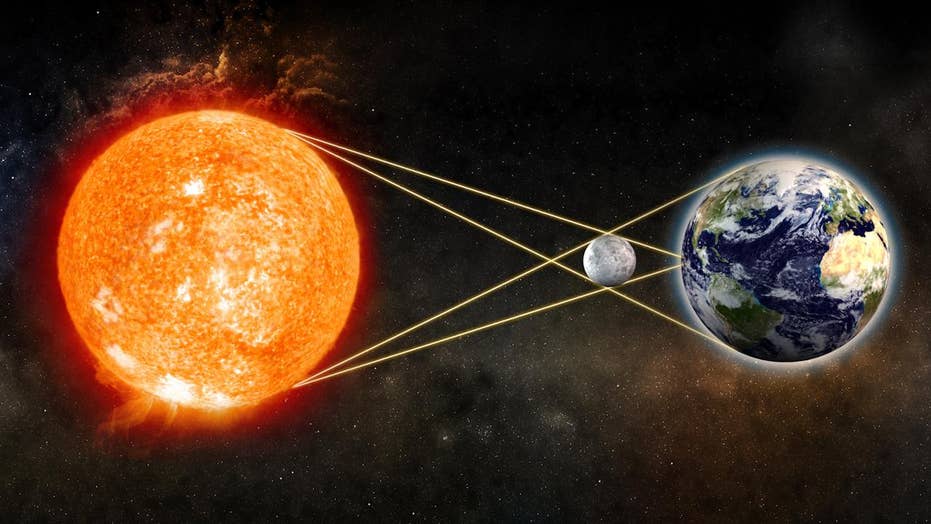 This coming Monday’s total solar eclipse will give us a rare look at the sun’s outer atmosphere, known as the corona. Its violent, unpredictable seizures – “coronal mass ejections” – have the potential of bombarding our planet with deadly radiation, a scenario I work into the plot of my new thriller, “The Null Prophecy.”

Monday’s event is also a sobering reminder of the famous 1919 eclipse that unceremoniously demolished a scientific consensus many once thought was unassailable.

During the 17th century – reportedly after seeing an apple fall to the ground – Isaac Newton got the idea that gravity is a force field operating everywhere in the universe. He described the ubiquitous force field with a simple equation, now taught in high school physics classes, that holds equally well on Earth and throughout the cosmos.

Generations of scientists bought into Newton’s thesis, which gradually settled into becoming a cornerstone of classical physics. No serious scientist would even think to question it.

In 1915, the upstart physicist dared to contest the orthodoxy by proposing that gravity arises from a “warped” universe. Imagine a huge football player plopping himself next to you on a large, comfy couch, creating a huge depression that causes you to slide toward him. That, according to Einstein, is actually how gravity works.

The universe, he explained, is woven from an invisible space-time fabric that is elastic, like spandex. Any massive object sitting on it – say, Earth – creates a deep, circular depression, causing nearby objects to slide toward it. We interpret that movement as “gravitational attraction.”

The moon passes between the earth and the sun to cause an annular solar eclipse as seen from Segovia in central Spain October 3, 2005. An annular eclipse differs from a total eclipse in that the moon appears too small to completely cover the sun. As a result, the moon is surrounded by an intensely brilliant ring or annulus formed by the outer perimeter of the sun's disk. The last annular eclipse visible from Spain took place on the 1st of April 1764 and the next one will occur on the 26th of January 2028. REUTERS/Victor Fraile - RTR18MVF (REUTERS)

Not surprisingly, scientists of the day were skeptical about Einstein’s hypothesis. Besides flying in the face of a scientific consensus supported by centuries of evidence, it sounded preposterous.

To settle the matter, a prominent British astronomer, Sir Frank Watson Dyson, stepped forward with a clever idea.  If Einstein’s claim was true, he said, rays of starlight passing close to the sun – which presumably produces a sizable space-time depression – would bend inward by a certain amount.

But how to perform the experiment without being blinded by the sun? Dyson had the answer: make good use of the total solar eclipse sweeping across South America and Africa on May 29, 1919. He helped organize an expedition to Príncipe, a tiny island off the coast of Equatorial Guinea, headed up by his colleague Arthur Eddington.

Tourists watch the sun being blocked by the moon during a solar eclipse in the Australian outback town of Lyndhurst, located around 700 kilometres (437 miles) north of Adelaide December 4, 2002. The town is one of only four in Australia where the 26 second-long full eclipse of the sun could be seen and occurred during celebrations for the Year of the Outback. The shadow path of whats called totality, where the 'diamond ring' effect becomes visible, can be seen on a path that is just 36 kilometres wide. REUTERS/David Gray DG/CP - RTREU1E

On that fateful day, at precisely 2:14 pm local time – as the moon’s shadow glided across the sun’s face, blotting out its blinding photosphere – Eddington couldn’t believe his eyes. Starlight grazing the eclipsed sun did indeed bend inward by precisely the amount predicted by Einstein’s crazy idea!

Eddington announced his results in November, whereupon Einstein became an instant celebrity, his picture splashed on the front pages of newspapers worldwide. It was big news. Einstein’s novel idea – the now-famous theory of general relativity – had toppled a venerated scientific canon that had stood for 232 years.

So when you look up at the solar eclipse (using proper eye protection) on Monday, think of Arthur Eddington. Because what he discovered 100 years ago is as relevant today as it was back then – even more so.

I say that because an increasing number of people now look to science for the last word on pretty much everything – from nutrition and the environment, to human behavior and religion. That’s a dangerous mistake. As a theoretical physicist, I’ve devoted my entire adult life to popularizing science. I think science is fascinating; but like Eddington, I’ve discovered it is also fallible.