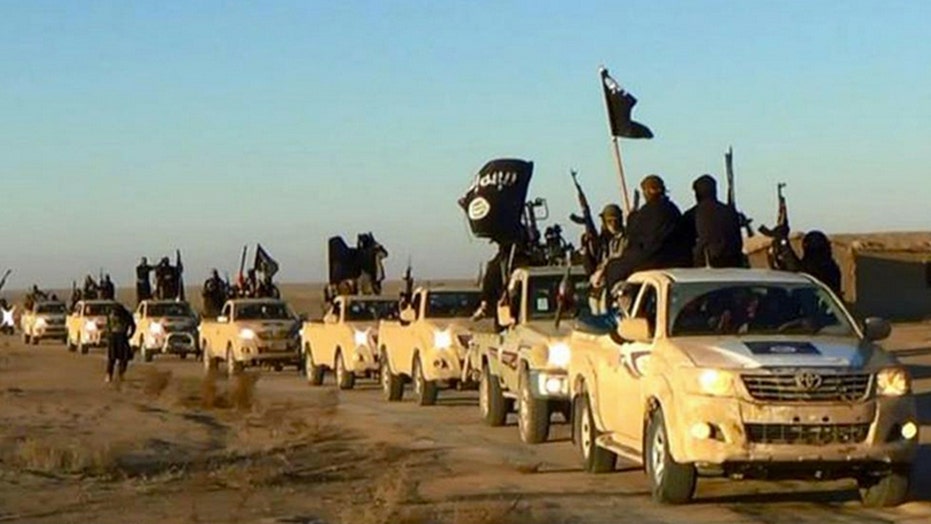 Defcon 3: Pete Hoekstra discusses findings from report tracking the rise in deadly terror attacks and where they occur

People might sense that Islamist terror is on the rise as they follow daily news reporting, but they might be shocked at how significantly it has spiraled in lethality and focus in a very short amount of time.

Also, terrorist attacks were once limited to a few countries with no real nexus in the period from 2001 to 2006, suggesting that jihadists were striking targets of opportunity without much coordination or broader strategy.

Today ISIS claims two caliphates – one the size of Indiana in Iraq and Syria and the other along the Mediterranean coast in Libya – from which to expand its genocidal influence in the Middle East and Africa. Large areas of the African continent have also experienced tremendous mass slaughter from Islamist terror in recent years, led by ISIS affiliate Boko Haram.

The Investigative Project on Terrorism (IPT) – in a new analysis of global Islamist terror – identified these two alarming developments that have gone largely unreported and unnoticed.

The analysis confirms that the West has proven itself unable to develop and implement effective strategies to confront, contain and defeat ISIS or any of the 34 terrorist organizations that have pledged their allegiance to it.

The result is that deaths attributable to jihadists have increased by roughly 700 percent since 2011, and ISIS now has two caliphates (Iraq/Syria and Libya) from which it can threaten three continents: Asia, Africa and Europe.

It is a dangerous situation.

The causes are even more frightening. The neighborhoods where the West has most actively been engaged – Iraq, Afghanistan, Yemen, Libya and Syria – are failed states.

Egypt, another country in which the West involved itself, nearly became a terrorist haven with a government dominated by the Islamist Muslim Brotherhood before the military overthrew it. Even so, it is still attempting to reclaim authority over parts of the Sinai Peninsula from terrorists.

Iraq, Yemen, Libya, and Syria each reflected some semblance of statehood by maintaining stability and suppressing violent elements within their borders prior to Western intervention. Afghanistan never had a strong functional administration, and Egypt is slowly reestablishing control over internal areas.

The West has demonstrated an ability to remove regimes relatively easily, but it has been unable to transition these countries toward stable governments that can maintain order and stability within their own borders.

Countries where the West has intervened in domestic affairs now feature three distinctions. They account for more than 55 percent of the total global casualties resulting from jihadist terror. They represent the core of the ISIS caliphates expanding their deadly activities into the rest of the Middle East, Africa and Europe. They are creating millions of refugees and untold suffering in the world today.

Additionally, with the notable exception of Algeria, Africa barely registered on the map of significant Islamist terror activity in 2001. Today, half of the 18 countries with the highest level of fatalities on the globe are located there.

The course of affairs will unfortunately continue to move in the wrong direction because Western leaders appear incapable of doing anything meaningful about it.

Western military and security services discuss their progress against either of the caliphates, but they do not appear willing to commit the short-term resources necessary to completely eradicate them.

They need to recognize the magnitude of the defeat that it is facing and develop bipartisan solutions that will diminish and eliminate the swelling threat.

Half-hearted measures are not the answer.