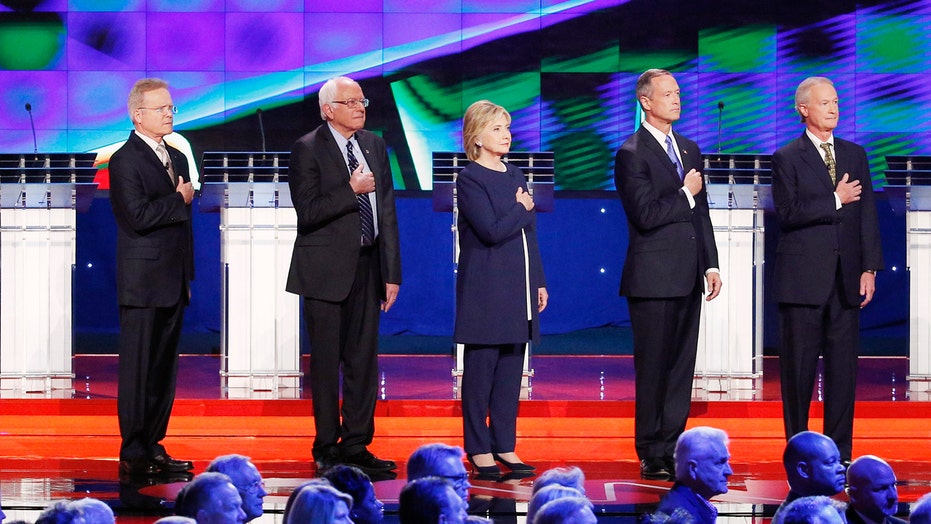 There are a lot of ways to contrast the Democratic debate with the Republican debates, but one thing I believe would get agreement across the spectrum – voters Red States and Blue States, liberals and conservatives: Democrats avoided personal attacks and insults and debated the issues; Republicans have spent much more time during their debates attacking each other, with the vitriol and bile of Donald Trump leading the race to the bottom.

Tuesday night, we saw Democrats debating such issues as what to do about creating jobs, reducing income disparity, dealing with global warming, trade agreements that don’t protect U.S. workers sufficiently, immigration reform that offers a pathway to citizenship for undocumented workers, student debt and affordable higher education and, perhaps most vigorously of all due to its immediate relevance in light of more gun violence, gun control and the need to stand up to the NRA, which continues to oppose even Brady-bill type of background checks.

In short, while I believe, along with (apparently) most of the media, Hillary Clinton did the best during the evening (I am a biased pro-Clinton enthusiast and long time friend), I actually believe who “won” the debate is far less important at this early stage than the fact that the real winner was the Democratic Party – in contrast to the Republican Party, whose brand has been further soiled by vitriol and personal attack politics that has alienated so many Americans of all political stripes.

Senator Sanders exemplified what all the Democrats in the debate conveyed: He refused to attack Hillary Clinton personally and refused to make an issue of the emails controversy. He received a standing ovation from the crowd, and he deserved it.

Having given my opinion on how great Secretary Clinton did, I must also tip my hat to Senator Bernie Sanders.

I have written often how much I admire him and his ability to articulate populist messages to the progressive Democratic base.

I have written before that I wouldn’t be surprised if he did well or won either Iowa or New Hampshire or both in 2016.  (I believe it is true that no elected official from a state neighboring New Hampshire, in either party, has ever lost the New Hampshire presidential primary, other than the late Senator Edward Kennedy (D-Mass.) in the 1980 primary vs. Jimmy Carter.)

But Tuesday night in Las Vegas, Senator Sanders exemplified what all the Democrats in the debate conveyed: He refused to attack Hillary Clinton personally and refused to make an issue of the email controversy.  He received a standing ovation from the crowd, and he deserved it.

Senator Sanders said that most Americans care more about hearing discussions about solutions to their most important problems. Of course he is right, according to all the polls.

So good for Senator Sanders – the handshake with Hillary Clinton was the high point of the evening.

Why? Because most Americans want civil disagreement – a debate about the issues – not personal attacks.

Republicans ought to learn this lesson. The problem is, with Trump on the stage, it appears that most (not all) can’t resist sinking down to his level.

We shall see whether Republicans isolate Trump for the personal attack politics he practices and do what Governor Chris Christie asked them to do in the last debate: debate the issues.