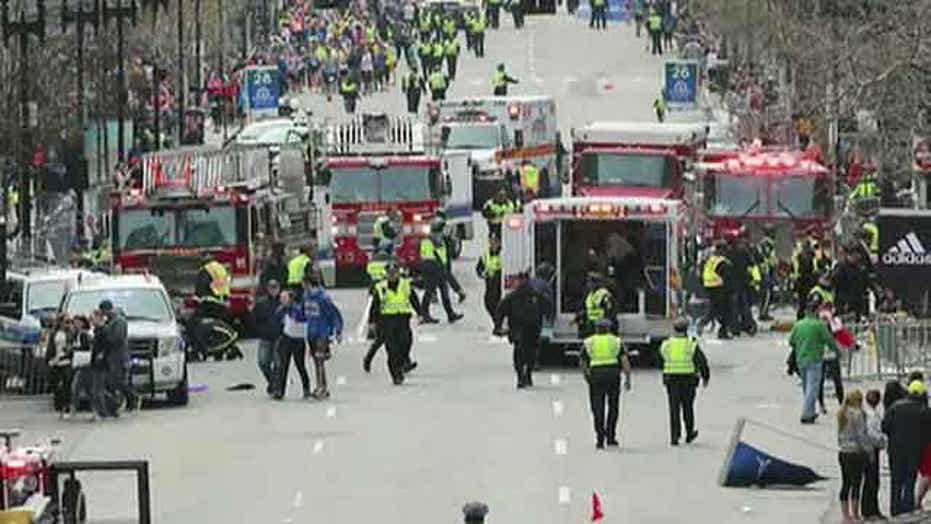 Anatomy of an attack: Why terrorism strikes fear

Nothing will be quite the same in Boston or in America after Monday's terrorist attack.  Psychologically, the bombings bring terrorism to the streets of an American city, on a sunny Patriot's Day, during a road race, the Boston Marathon.

The bombings mean that any street corner, in any American City, is vulnerable -- that terror need not come from the sky, nor target iconic skyscrapers and national landmarks.  It can target people where they gather just for fun, on any given day.

The attacker or attackers today used bombs in backpacks, not commandeered jets.  They chose the streets of Boston, not the Capitol Building in Washington, D.C., or the World Trade Center in New York City as their target.  Because the target of those who hate freedom is anyone who loves it, anywhere, anytime.

On Monday, Boston and America joined cities like Jerusalem and nations like Ireland, which have long known that safety is relative, that the danger that comes from asserting the values we hold dear is omnipresent, that life itself is a gift that can be taken not only by cancer and heart disease, but by the disease of terrorism.

This event will register, psychologically, in the minds of those at the Boston Garden and Madison Square Garden and at parades on Fifth Avenue in a way that only the carnage on 9/11 did -- and, possibly, even more.

With all our TSA security, with the Homeland Security Act, with the government nosing around in our emails and deploying drones at home and abroad, with the (nonsensical) talk in Washington about banning assault rifles or restricting access to ammunition, an 8-year-old boy was blown up Monday, two adults were blown up on Monday, and more than a hundred others were injured, some losing limbs.

Here is the irony:  We are vulnerable, because we are free and strong.  These qualities attract the ire of those who would have us shackled and weak, who are consumed by hatred for individual possibilities, rather than love for what a free person can dream about and strive for and accomplish.

Please tell your children this:  We are attacked in America because we speak about and believe in the power of people to guide themselves through life, to make their own decisions, to think their own thoughts, to speak freely and to pursue their own happiness.

Tell them that we cannot be defeated, because the truth wins, every time.  And we, in America, hold great truths to be self-evident.

Tell them that liberty is a marathon.