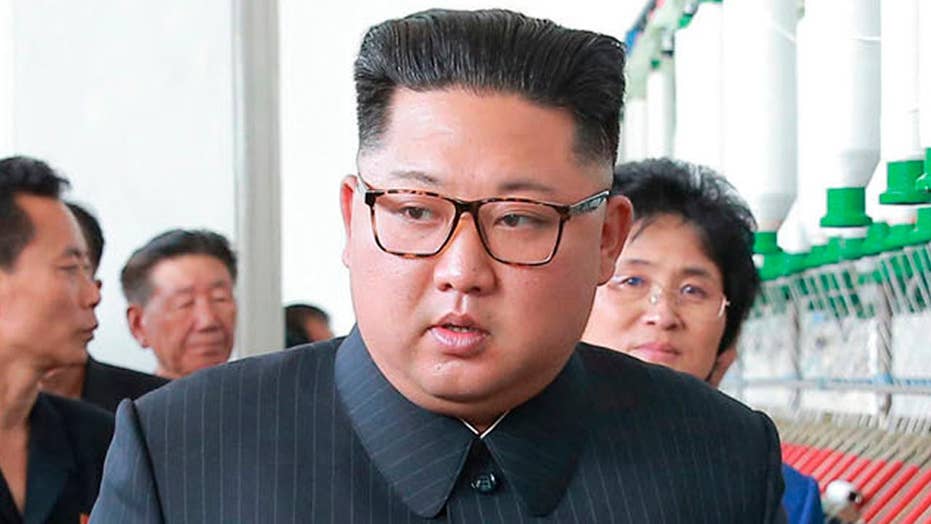 Secretary of State Pompeo headed to North Korea to meet with Kim Jong Un amid doubts of denuclearization.

As Secretary of State Mike Pompeo met with North Korean officials Saturday to discuss how to achieve the U.S. goal of denuclearization of the communist nation, the world was paying less attention to a related challenge: how to stop the North from continuing to sell nuclear capabilities and weapons to rogue regimes around the world.

Even if weapons and nuclear capabilities sold by the North are never used against the U.S. or our allies, they pose a danger to the world and can be used to kill and wound both foreign combatants and innocent civilians.

A perfect example of the harm caused by North Korea’s arms sales can be found on the other side of the world in Sudan, where North Korea sells to the rogue regime of Omar Bashir.

Sudan has long been a reliable customer for North Korean weapons. This relationship has been well-documented over the years, despite the fact that the 2006 U.N. Security Council Resolution 1718 prohibits the trade of weapons between North Korea and any U.N. member state.

According to the U.N. Panel of Experts’ February 2017 report on North Korea, in August 2013 Pyongyang supplied 100 precision-guided rocket control sections and 80 air attack satellite-guided missiles to Sudan, under two contracts worth over $6.4 million. The contracts were signed by the reputed president of North Korea’s primary arms dealer, KOMID.

Weapons sales are beneficial for both sides, particularly in kleptocracies such as Sudan and North Korea. According to the 2017 Transparency International’s Corruption Perceptions Index, both North Korea and Sudan ranked among the 10 most corrupt countries in the world.

Military sales often involve the transfer of millions of dollars in cash, which are susceptible to easy embezzlement by underpaid public officials involved in the transactions. A North Korean ambassador who defected stated that “all the North Korean diplomats based overseas make extra income using all means possible.”

The same is true on the Sudanese side. According to the GAN Business Anti-Corruption Portal, Sudanese government officials are “frequently involved in corrupt practices with impunity.”

The regime of Sudanese President Omar Bashir purchases heavy weaponry from North Korea to wage war on its own people, while individuals within his regime personally profit off the deals.

Under both President Obama and President Trump, the U.S. has designated Sudan as a state sponsor of terrorism. While American officials have known about Sudan’s weapons purchases from North Korea for many years, the Obama administration nonetheless began a bilateral engagement process with Sudan in June 2016 to improve relations.

The Obama policy required that Sudan make progress in five different areas of concern in exchange for relief from U.S. economic sanctions.

This “five-track” process culminated in October 2017, when the Trump administration lifted longstanding financial sanctions on the Sudanese government. This came despite the lack of progress on key issues, such as stopping the government’s use of humanitarian aid as a weapon against rebel forces in the province of Darfur.

Sudan’s weapons relationship with North Korea continues, because none of the five criteria on which Sudan was measured required it to stop buying weapons from Pyongyang. In addition, the five criteria fail to address the government corruption that is destroying Sudan’s formal economy.

If North Korea and Sudan terminated their ongoing weapons deals they would remove a major stumbling block in their efforts to potentially normalize relations with Washington and attract international investment for their respective failing economies.

Systematic corruption in Sudan continues to drive the Bashir regime to provide much-needed income to Pyongyang in exchange for weapons.

At a minimum, the dirty arms deals between North Korea and Sudan should automatically disqualify Sudan for removal from the U.S. list of state sponsors of terrorism, and should make further normalization of ties with the U.S. impossible.

Even if Sudan’s military purchases from North Korea were to end, the U.S. should continue to hold Sudan accountable for its malign behavior and keep the nation listed as a state sponsor of terrorism, because Bashir’s regime destroys churches and persecutes the country’s Christian minority.

As Secretary Pompeo and other Trump administration officials work to hammer out a long-term agreement with North Korea, they should include measures to stop the North from proliferating  weapons and nuclear technology to corrupt rogue regimes in Sudan and elsewhere.

Brad Brooks-Rubin is Managing Director of The Sentry.