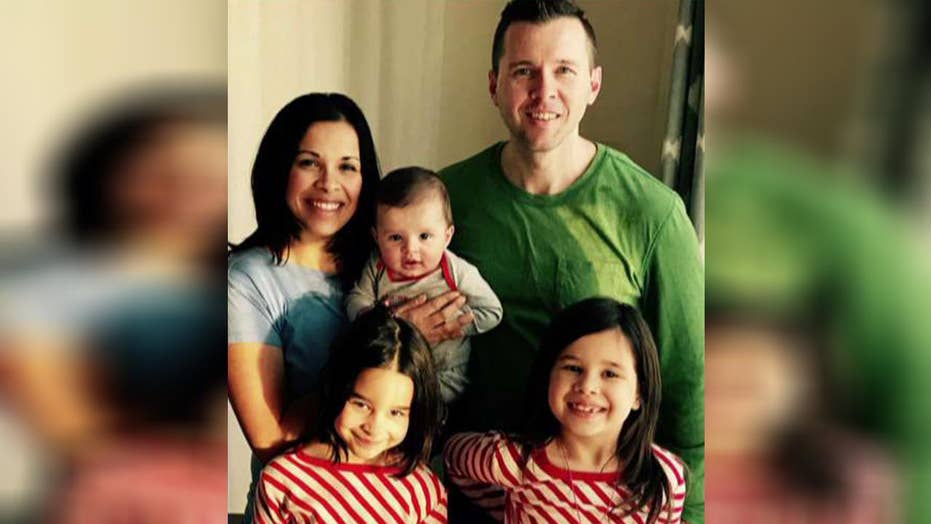 Op-ed: What happened when my daughter saw me kiss my wife

In my first year of marriage, my wife and I got into a disagreement while visiting a family member’s home. We went to the guest room to hash it out privately but we had no idea how badly we were about to embarrass ourselves.

While in the guest room, our tempers flared. Unfortunately, I became particularly disrespectful until suddenly, my wife’s face dropped and she said, “Oh my gosh – the baby monitor is right next to you.”

This was significant, because the baby monitor’s speaker was sitting in the living room and our hosts were home. I was unfazed.

“Don’t worry,” I said, “I turned it off right before we came in here.”

Without missing a beat, I continued rehashing my grievance until we got tired of arguing and my wife left the room. Then she immediately returned and said, with icy composure, “I just went to the living room. You didn’t turn the baby monitor to the ‘off’ position. You turned it to voice activation.”

We both felt like we were going to die, hoping that by some chance nobody had heard our nasty argument. In fact, we learned, they had. We were humiliated.

We both felt like we were going to die, hoping that by some chance nobody had heard our nasty argument. In fact, we learned, they had. We were humiliated.

Even when there hasn’t been a baby monitor broadcasting our tension, marriage has been humbling for my wife and me. It has often made us face our ugly sides and it still does sometimes. Perhaps you can relate.

On the outside, you’re this decent person who’s easy to get along with. You’d never tell off a coworker or post an insult on someone’s Facebook page. You’re likeable, respectful and kind. You’re even admirable. But when the doors close at home, someone else emerges: the real you.

Sure, you’re a good spouse overall, but then there’s that other side.

Maybe you’re constantly critical of your spouse but you’re hypersensitive to any negative comment. Maybe you slam doors when you’re angry or raise the volume of your voice to shut the other person up. Or perhaps you’re the icy, cold type who body slams your spouse with the silent treatment.

What if people got to listen to that person on the other end of the baby monitor? You’d probably offer the same feeble excuse you tell yourself: “I’m not really like that – I’m just reacting to the other person.” Whatever. That’s just another way of admitting that your spouse brings out who you really are.

If the real you, the best you, is going to emerge in your marriage, it will require dealing with yourself first – that doesn’t come naturally to any of us and it sure doesn’t for me. But when I’m at my best, here are some things I’m willing to do to move in the right direction:

2. Forgive: Follow the example of Jesus, who forgave when nobody had apologized yet (Romans 5:8).

3. Pray: Internally confess to God that I don’t know what to do and I need His help.

4. Listen: Focus on understanding my wife’s position instead of shooting it down as fast as possible.

5. Touch: Eliminate the physical distance by touching my wife’s hand, which makes it harder for me to be emotionally distant.

This isn’t a magical formula for conflict resolution – I haven’t found that formula yet. These are just small, but monumental, steps we can take as we seek to resolve our differences in marriage. They’re steps to becoming the kind of spouse we’d like to be if other people were listening to the other end of the baby monitor.