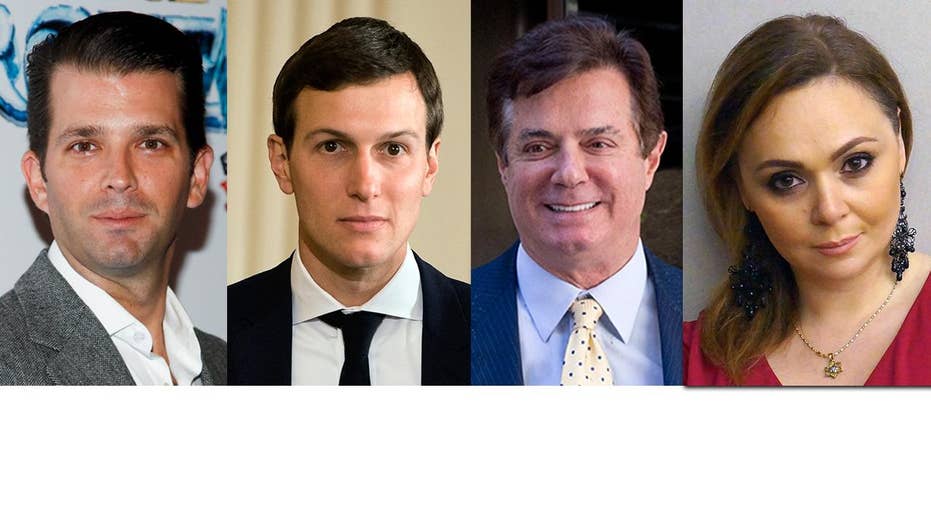 What is the Magnitsky Act?

The obscure Magnitsky Act has taken the spotlight after Donald Trump Jr. says it was a major subject of his meeting with a Russian lawyer. So what exactly is the law?

Sergei Magnitsky was a thirty-seven year old Russian lawyer and auditor who worked for Hermitage Capital Management, a firm founded in 1996 by Bill Browder, the grandson of the famous leader of the American Communist Party, Earl Browder (1891-1973). Hermitage made tens of millions of dollars in the rush to buy up and sell state assets in the chaotic economic circumstances of Boris Yeltsin’s Russia. Browder’s efforts in the early 2000s to use the emerging Russian legal system to protect his investments and encourage large companies to operate transparently led him to cross swords with the financial and business elite of Putin’s Russia.

After a series of raids on his offices by the police and being declared persona non grata, Browder wisely exited Moscow for the West in 2006, leaving behind Magnitsky to investigate the actions of the Russian financial authorities, who had embezzled $230 million dollars from the company in a series of tax scams.

Refusing to leave the country, Magnitsky traced the sources of the illegal activities on the part of the government and conscientiously brought his findings to the police and the courts. As a result, he was arrested in November 2008 on charges of tax evasion and kept in pre-trial confinement for nearly a year.

Vladimir Putin greeted the Magnitsky Act with outrage. He was already upset that American officials had allegedly interfered in the Russian election. And now he was insulted that loyal members of his administration were criminalized by the Magnitsky Act and limited in their dealings with the West.

Magnitsky suffered from a number of diseases in detention -– gallstones, pancreatitis, and cholecystitus – but he was denied medical care, as Minister of the Interior officials interrogated him and tried to induce him to implicate himself and Browder in illegal activities. Though quiet and unassuming, Magnitsky stood up to his interrogators and refused to sign false depositions. The Russian Presidential Human Rights Commission confirmed that he was badly beaten by OMON officers (Ministry of Interior police) before dying on November 16, 2009, officially of acute heart failure and toxic shock from the pancreatitis, but most likely because of his violent treatment.

Browder was incensed by what he called the official murder of his loyal employee and by the injustices routinely perpetrated by the Russian regime against honest citizens. He decided to do everything he could to bring the Magnitsky case to the attention of the American government with the idea of punishing those Russians who were responsible for Magnitsky’s death.

After his appeals to the State Department fell on deaf ears, Browder turned to the legislative branch, where he won the bi-partisan support of several Congressmen, who held hearings on the Magnitsky affair. Browder not only gained the support of many in Congress, but his efforts to call to account government figures for illegal and murderous behavior received the enthusiastic backing of Russian progressives, like Boris Nemtsov, a popular political opponent of Vladimir Putin, who lobbied in favor of a bill to identify and punish those officials responsible for Magnitsky’s death. Nemstov himself was later gunned down on a Kremlin bridge on February 27, 2015.

The Magnitsky Act, officially called “The Russia and Moldova Jackson-Vanik Repeal and Sergei Magnitsky Rule of Law Accountability Act,” was passed by the House of Representatives on November 16, 2012, with a vote of 365 to 43, and the Senate on December 6, 2012, with a vote of 92 to 4. Disappointed with the so-called “reset” policy, which had been instituted in 2009 to positively restructure Russian-American relations, President Obama signed the Magnitsky Act on December 14, 2012.

Eighteen Russian officials were initially named as ineligible for American visas and liable for the seizure of assets in the United States. Other individuals were added later on; now the list contains some 44 names.

Interestingly, the Magnitsky bill was attached to a foreign trade bill for Russia that abrogated the 1974 Jackson-Vanik amendment, which had linked the right to free emigration from countries (the Soviet Union and Jewish emigration were the main issues) to Most Favored Nation trade status. Now there would be no generalized limitations on trade between Russia and the United States, which pleased American business lobbies and the Russians, but there would be bans on travel to the United States and prohibitions on the use of American financial institutions placed on specific individuals.

Vladimir Putin greeted the Magnitsky Act with outrage, indignation, and derision. After all, he stated in an interview, people die in prisons all the time. What was the big deal about Magnitsky? He was already upset that American officials had allegedly interfered in the Russian election process by encouraging anti-Putin demonstrations, thus calling the legitimacy of his election to the Presidency in March 2012 into question. And now he was insulted that loyal members of his administration were criminalized by the Magnitsky Act and limited in their dealings with the West. (The European Parliament adopted a version of the Magnitsky Act in April 2014).

The only way Moscow could think of retaliating was to ban the widespread adoption of Russian children by American couples in December 2012, pointing to the death of an adopted Russian child, Dimitrii Yakovlev, who had been abused by his American parents and died while being left alone in an overheated automobile in 2012. In April 2013, the Russian government also placed 18 Americans on a list of alleged human rights violators who were banned from Russia.

The Magnitsky Law and the Russian outraged reaction to it were nails in the coffin of Obama’s “reset.” Despite some very modest accomplishments at the outset of the Obama administration, Russian-American relations have been at a relatively low point ever since. Sanctions that were added to the Magnitsky restrictions as a consequence of Putin’s annexation of the Crimea in March 2014 and the poorly disguised Russian intervention in Donetsk and Luhansk (in eastern Ukraine) in the months and years thereafter have created the impression in some parts of international society that Russia is an “outlaw” state and Putin a criminal ruler. This runs directly counter to Putin’s image of himself and of the country whose interests he claims to defend.

It is no wonder that the issues of the Magnitsky Act and the ban on American adoptions were brought up in conversations between the highly placed Russian lawyer, Natalia Veselnitskaya, and the Trump campaign. These insults to Putin’s sense of national honor remain a very tender spot in the seemingly impervious exterior of the Russian dictator.

Norman M. Naimark is a senior fellow at the Hoover Institution and the Robert and Florence McDonnell Professor of East European Studies. He is an expert in modern East European and Russian history.