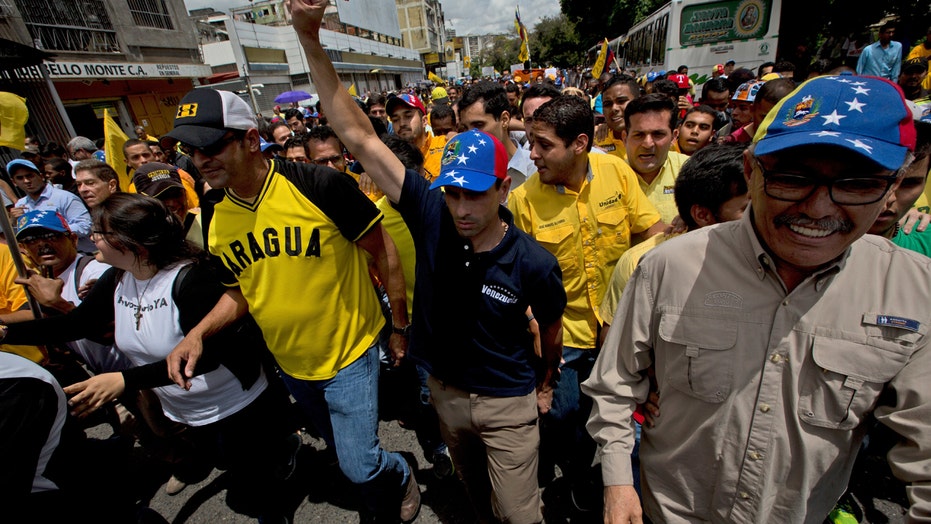 It was supposed to be different. It was supposed to be a turning point.  Following 16 years of Chavismo dominance, in December 2015 the democratic opposition in Venezuela had turned the tables; democratically.  ‘Democracy’ and ‘Venezuela’ aren’t two words often heard side by side in a positive statement.  But The Democratic Unity Roundtable (the opposition coalition, MUD as it’s known in Spanish) won the last round of elections with overwhelming results: 14 million Venezuelans elected 112 candidates as opposition deputies out of 167, a clear super-majority.  Some (perhaps naïve) freedom loving Venezuelans sensed real change.

Constitutionally, the opposition led parliament now had the numbers to legislate real change, remove members of the corrupt and pro-government Supreme Court of Justice (TSJ) and National Electoral Council (CNE), as well as to veto ministers and even the vice-president.

The National Assembly held its official opening by swearing in all deputies, both pro and anti-government. The previous parliament, in line with the Chavismo ways, had been hostile to the free press. This parliament invited them all back in.  The old guard, however, was not going to leave quietly.  And Venezuela quickly learned that lame ducks can still bite.

In its desperation, the outgoing Chavismo-majority National Assembly, that was still in place for a few more days, named 13 new justices and 21 replacements for the TSJ, violating all appointment rules and established protocol. Over half of the new justices lacked the legal qualifications and experience to serve on the courts. And is if to mock all judiciary logic and moral coherence, just a couple of months ago, they placed Maikel Moreno as president of the Supreme Court, a convicted felon for murder.  You can’t make this stuff up.

Likewise, the National Electoral Council (CNE) – the supposed bastion of democracy – decided not to confirm the opposition's 112 democratically elected deputies. The new aforementioned judges, following the lead of the CNE, agreed that there had been irregularities in the voting process in several states and that the TSJ would accept the claims for “fraud" in Amazonas state; ‘How to Destroy Democracy 101’. The newly-elected National Assembly of course refused to accept these trumped up politically motivated claims, cue stalemate, cue mayhem.

Clearly the authorities were getting a taste for this totalitarian business. Next up was the constitution.  The CNE’s decision to suspend a constitutionally legal recall referendum against President Nicolas Maduro, under the same “fraud” mechanism, ignoring 2.5 million signatures collected by the opposition, was yet another nail in the coffin of Venezuelan democracy.

Meanwhile the TSJ continues to claim that due to the “fraud” claim in the Amazonas state, any laws passed (which they don’t like) by this National Assembly can be annulled. Using this argument, the high court has annulled over 30 pieces of legislation, and the majority of resolutions taken by the legislative branch since it began its functions almost a year and a half ago.  These laws include the Amnesty Law which ordered the release of all political prisoners who have been arrested at protests, or for such ‘heinous’ crimes as expressing an opposing political opinion.  Over 100 Venezuelans, mostly students, still rot in regime dungeons just for expressing the wrong political view.

Last week, Maduro’s cronies attempted to seal the coffin. The TSJ decided to strip the National Assembly from all of its legislative powers, and eliminated parliamentary impunity.  This would allow the court to accuse deputies of “treason against the homeland” and prosecute them.

For once, the uproar from the opposition was echoed in the international community. Julio Borges, President of the National Assembly, together with a large number of legislators, denounced the decision as “trash”.

The international community followed suit with the brave and outspoken Organization of American States (OAS) Secretary General Luis Almagro notably calling it a “self-inflicted coup d’état perpetrated by the Venezuelan regime against the National Assembly, the last branch of government to be legitimized by the will of the people of Venezuela.”

Even Venezuela’s Attorney General, who is aligned with the socialist government, said the decision by TSJ had gone too far and was a "rupture of the constitutional order".

Maduro, having led this move, now panicked. He quickly “asked” the high court to review and revert the ruling, which it did.  No one has seen the new ruling, and the National Assembly is still paralyzed.

But several things are now patently clear to all of those who thought there were any crumbs of democracy left in Venezuela.  First, the TSJ stole the legislative powers a long time ago, the last week’s shenanigans were just a means to formalize it.  Reverting the official ruling does not save the judges from their crimes. They should be prosecuted and removed from their posts right away.

Second, Maduro’s request to “review” the sentence does not save him from the coup he perpetrated. He and his corrupt cronies continue to get rich while the masses starve, while imposing his disgraceful authoritarian stamp across the various branches of government.

And third, Venezuela’s regime is antithetical to democracy and needs to go.

As this recent episode has proven, real international pressure works.  Strong voices backed up by strong actions from the US Administration and Congress, combined with the immediate application of the OAS Inter-American Democratic Charter, will provide a tail wind to the brave liberty loving Venezuelans who still believe that they too deserve democracy and freedom.

Martin Rodil is the President of the Washington-based Venezuelan American Leadership Council, an advocacy group for freedom and democracy for Venezuela.