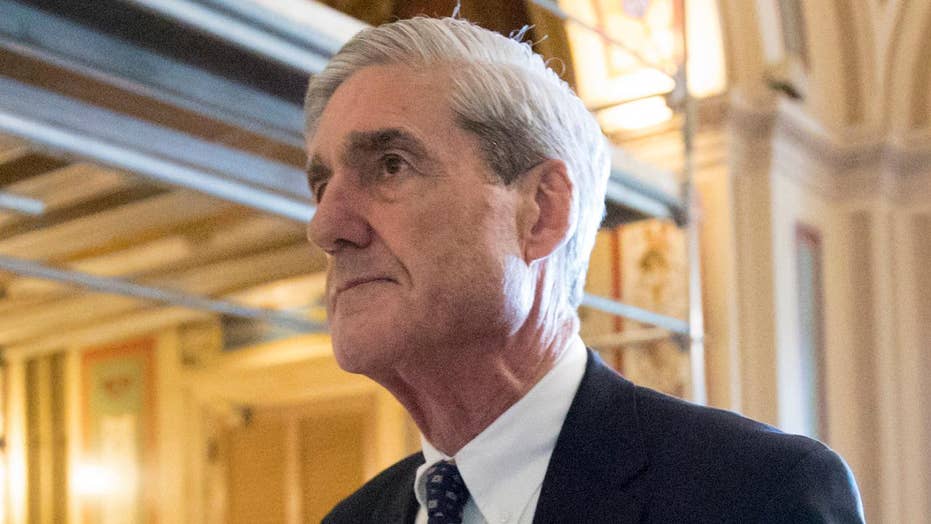 What we can learn about Mueller probe from latest indictment

Former Department of Justice official Robert Driscoll comments on the indictment of 13 Russian nationals and three Russian companies for attempting to interfere with the 2016 U.S. presidential election.

The criminal indictment of 13 Russians for allegedly trying to influence “U.S. political and electoral processes” provides no evidence of any collusion between these Russians – or any other Russian officials – and the Trump campaign in the 2016 presidential race.

While the description of alleged Russian activities is very troubling, it is important to note that the indictment makes no mention of any hacking or other activity that changed ballots, vote counts, or actually interfered with the election.

In essence, the indictment is for trying to run the typical type of public misinformation campaign that the Soviet KGB was infamous for throughout the Cold War.

The indictment says the Russians “knowingly and intentionally conspired to defraud” the U.S. and describes how these Russians allegedly conspired to hide their activities to prevent any disclosure of who they were and what they were doing.

The 13 Russians all allegedly worked for the Internet Research Agency, a Russian-controlled company headquartered in St. Petersburg, Russia. It allegedly secretly received funding from two other Russian front companies.

According to the indictment, the Russians traveled to the U.S. “under false pretenses for the purpose of collecting intelligence” and also “procured and used computer infrastructure, based partly in the United States, to hide the Russian origin of their activities and to avoid detection by U.S. regulators and law enforcement.”

According to the indictment, all of this was done by the accused without revealing their Russian identities. Most importantly, and no doubt to the disappointment of liberals, some of the defendants posing as Americans only communicated “with unwitting members, volunteers, and supporters of the Trump campaign involved in local community outreach, as well as grassroots groups that supported then-candidate Trump” (emphasis added), according to the indictment.

In other words, according to the indictment, to the extent these Russians had any contact with members of the Trump campaign, those individuals had no idea that these defendants were anything other than Americans who wanted to help the campaign. The Russians took elaborate steps to disguise their identity and their true motives.

These Russians didn’t just target the United States. They also went after “domestic audiences within the Russian Federation” as well other “foreign audiences in various countries,” the indictment says.

What were these secret Russians posting about? The indictment says they were instructed to “write about topics germane to the United States” such as foreign policy and economic issues. They were directed to create “political intensity through supporting racial groups, users dissatisfied with (the) social and economic situation and oppositional social movements.”

The Russians allegedly created “thematic group pages on social media sites” on everything from immigration to the Black Lives Matters movement. And they allegedly bought internet ads to support these pages.

The Russians apparently really wanted to create dissension. After the election, using their false U.S. identities, they allegedly organized and coordinated “political rallies in support of then president-elect Trump, while simultaneously using other false U.S. personas to organize and coordinate U.S. political rallies protesting the results of the 2016 U.S. presidential election,” according to the indictment.

Two of those rallies in New York on Nov. 12, 2016, were secretly organized by the Russians, one on the theme of “show your support for President-Elect Donald Trump,” while the second rally was on the theme of “Trump is NOT my President,” the indictment alleges.

These alleged Russian activities, if they occurred, violated numerous federal laws. Foreigners are banned from participating in political campaigns, including independently paying for political ads that support or oppose a candidate. According to the indictment, the Russians did that, too, when they bought political ads starting in April 2016 on “social media and other online sites expressly advocating for the election of then-candidate Trump or expressly opposing Clinton.”

These ads were allegedly paid for through PayPal, Russian bank accounts and credit cards “often registered in the names of fictitious U.S. personas.”

These are, obviously, serious allegations. If true, these Russians broke numerous federal laws.  But there is no evidence or allegation at this point that the Trump campaign – or any other presidential campaign – was aware of, or participated in, any nefarious activities designed to create social and political conflict in the U.S.