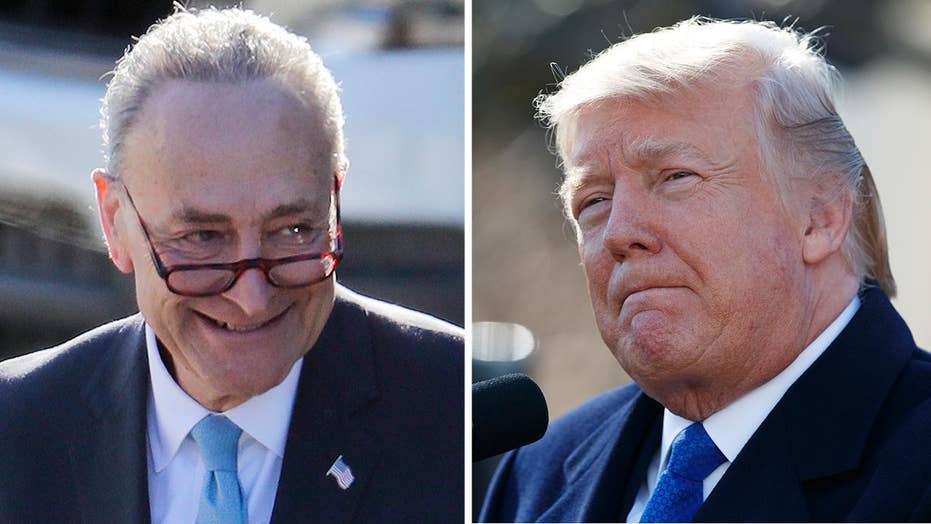 The battle occurring in Congress over providing amnesty, citizenship and government benefits to illegal aliens – as well as the debate over chain migration and the diversity visa lottery program – often boils down to well-worn talking points.

Lawmakers should instead review two recent reports from the Justice Department and the Department of Homeland Security, along with information from the U.S. Sentencing Commission. They show that aliens commit federal crimes at a much higher rate than citizens, and that many terrorists have entered the U.S. through our immigration system that a separate Inspector General’s Office report says has a defective screening process.

The Center for Immigration Studies (CIS) reports that, based on conviction information compiled by the Government Accountability Office from the U.S. Sentencing Commission, from 2011 to 2016 44.2 percent of the criminals convicted in federal courts were non-citizens.

This is despite the fact that aliens are only 8.4 percent of the American population, divided almost evenly between legal and illegal aliens.

When immigration crimes are excluded, aliens still committed 21.4 percent of federal crimes during that five-year period – more than twice their share of the population.

The Sentencing Commission reports that over that five-year period, non-citizens accounted for:

As might be expected, aliens represent 94 percent of criminal immigration offenses. Those offenses include trafficking in U.S. passports and entry documents, human smuggling and fraudulently acquiring U.S. passports, among other crimes.

CIS notes two caveats that should be kept in mind with these numbers. The first, of course, is that these alarming statistics don’t include state crimes – most crimes and most law enforcement efforts occur at the state and local level.

On the other hand, the total number of convictions for federal crimes for the 2011-2016 period is 455,450, which represents a large number of serious crimes that are disproportionately committed by non-citizens.

The second caveat is that the Sentencing Commission’s data does not distinguish between legal and illegal aliens. However, we can get an idea of the scope of the problem caused by illegal criminal aliens through other data.

For example, a 2005 Government Accountability Office (GAO) report that looked at the criminal histories of 55,322 illegal aliens in federal, state and local prisons found that they had been arrested 459,614 times for 700,000 criminal offenses.

As to the scope of state and local crimes, a 2011 GAO report on 251,000 criminal aliens in federal, state and local prisons found that they had committed 3 million criminal offenses, a majority at the state and local level. None of these crimes would have happened if these aliens were not in the U.S.

Lawmakers should also review a report released on Jan. 16 by the Department of Homeland Security and the Justice Department on “Protecting the Nation From Foreign Terrorist Entry Into the United States.”

Of the 549 individuals convicted of terrorism-related charges in federal courts between the Sept. 11, 2001 terrorist attacks and Dec. 31, 2016, 402 – or 73 percent – were foreign-born individuals who entered the U.S. through our immigration system.

Of these terrorists, 254 were not U.S. citizens at the time of their conviction, while 148 had been naturalized. More than 1,700 other aliens have been removed from the U.S. over national security concerns and suspected involvement in terrorist activities.

The report from the Department of Homeland Security and the Department of Justice gives illustrative examples of specific, convicted terrorists who got into the country through chain migration, the visa lottery program, or as refugees. They include:

This report does not list terrorist activities by the children of aliens who came in through one of our immigration programs. But that would include the horrible Orlando attack by Omar Mateen, who killed 49 people and wounded more than 50 others. It would also include the San Bernardino attack by Syed Rizwan Farook, who (with his wife) killed 14 people and wounded 22 others.

The terrorist attacks by aliens who got into the U.S. is relevant to the final report that lawmakers should review. On Jan. 9, the Inspector General of the Department of Homeland Security released findings on the insufficiency of the screening process used to detect aliens entering the U.S. who may have ties to terrorism.

Those findings concluded that Immigration and Customs Enforcement (ICE) faces “significant challenges” in its screening of aliens. In fact, most of the ICE offices responsible for implementing the terrorist screening process don’t even have access to the classified networks that have information about known or suspected terrorists.

Because of the defects, the Inspect General’s Office concluded that ICE “may be missing opportunities to identify, take into custody, communicate status of, and make decisions on those aliens who pose the highest risk to national security and public safety.”

This problem is compounded, according to the report, by sanctuary cities where “local law enforcement agencies do not cooperate with ICE,” which prevents the screening of many criminal aliens.

All of these problems show that the priority of Congress when it comes to immigration policy – in addition to making sure it is beneficial to the economic prosperity of the nation – must be to guarantee that our immigration system does not compromise public safety and national security. Based on these reports, that guarantee does not currently exist.