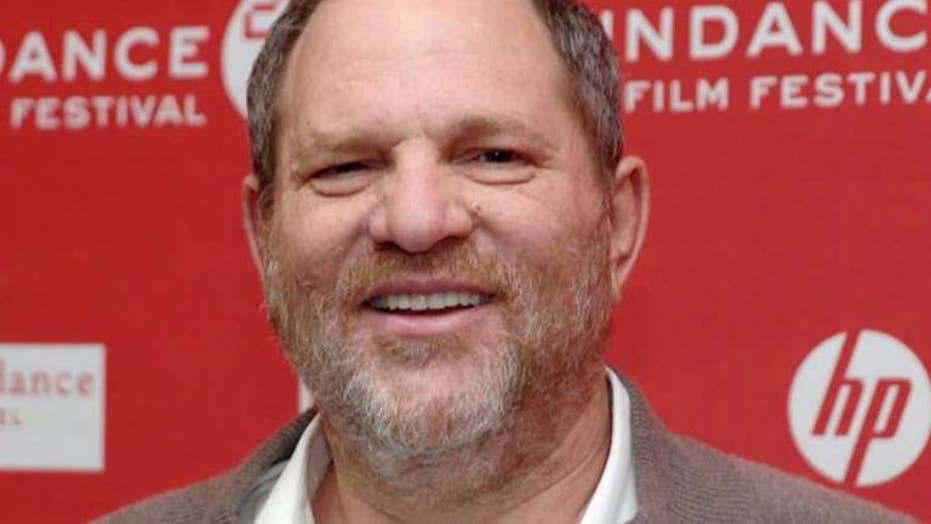 Harvey Weinstein should go sign up for the dating website OkCupid and make sure he gets that pink ribbon on his profile, branding him a feminist and supporter of Planned Parenthood. The media mogul is the ultimate bro-choicer, an adoring donor to the Democratic Party, defended by some of the left’s most powerful women.

Weinstein has been accused in a lengthy New York Times story of doing some truly horrendous things to women, totally unsolicited − also known as sexual harassment − over a period of nearly three decades. His alleged victims were talented young actresses and other women who had the potential to build successful careers on their own without some ugly, creepy man coercing them into giving him a massage or worse.

But this is Hollywood, and the feminists are the women who defend creeps like Weinstein.

Anita Dunn, a close associate of President Obama who became his communications director for a time at the White House, has been reported to have counseled Weinstein after the allegations broke in the media.

Even more troubling is that celebrity women’s advocate attorney Lisa Bloom is representing Weinstein. This is a woman who has represented victims in high-profile sexual harassment cases. Throwing that legacy away, she agreed to represent Weinstein, whom she said she has counseled that “times have changed” and he “needs to evolve into a higher standard.” Really?

Bloom’s reasoning regarding Weinstein gets better, though: “He has acknowledged mistakes he has made. He is reading books and going to therapy. He is an old dinosaur learning new ways. He wants to reach out to any of the women who may have issues with him to talk to them in a respectful, peaceful way, with me present if that is acceptable to them.”

I hope Bloom has a better answer for the women who Weinstein is accused of sexually harassing and forcing to look at him half-clothed or with no clothes at all, with tears in their eyes, as he emotionally blackmailed them for sex.

But this is Hollywood. This is Hugh Hefner’s world. This is the liberal paradise of promoting equal rights and justice for women, yet defending the men who use them for their own satisfaction, discarding them for younger versions every year, and then complaining about it years later when the women finally have the courage to say “enough!”

This is not true feminism. Supporting men who tear down women for their own use, supporting free access to taxpayer-funded abortion so men can cover up their own conduct, and mistreating women for decades is nothing for women to get behind.

These powerful women, these self-proclaimed feminists, are only hurting women when they stand up for and promote men who proudly use their own power to harass and demean women.