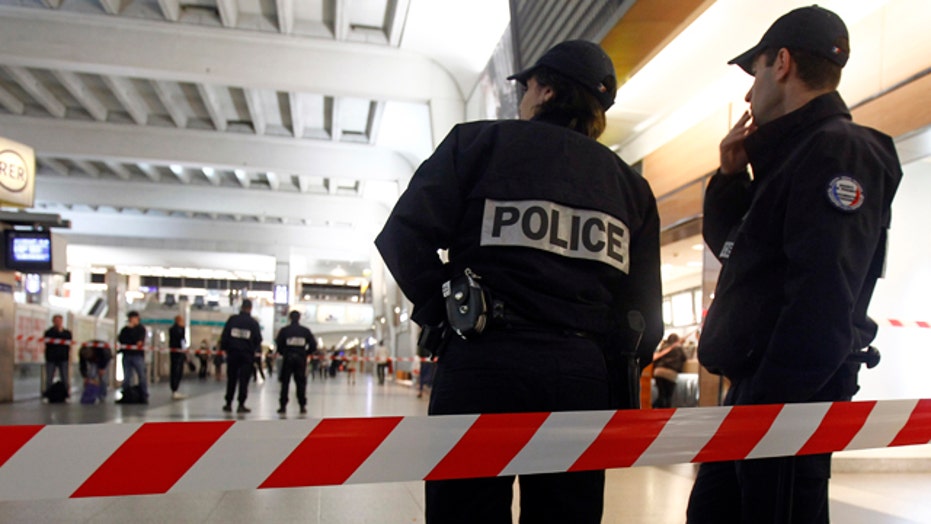 The gruesome terror attack against a British soldier in London last week has resulted in a number of arrests by British law enforcement authorities. But the targets of their crackdown are not only radical Islamists threatening more terror and mayhem.

More than 10 people in Britain have been charged with violating laws against inciting hatred and giving offense on social media.

The Police in Surrey issued a warning that it “will not tolerate language used in a public place, including on social media websites, which causes harassment, alarm or distress.”

While some of those suspects were put before a magistrate, others were simply visited by police officers who warned them not to cross the nebulous red line of unacceptable language on social media.

By prosecuting those who use the Internet to vent their shock and anger over two fanatics’ despicable murder (as it played out on prime time television), British authorities have come down on the wrong line on one of the defining issues of our time; the global battle of values over the relationship between free speech and religion.

Recent years have seen increasing demands from governments and individuals that free speech should be limited – both in the West and in international law, in order to protect religious sensitivities.

In a global world this conflict has become explosive as cartoons published in Denmark and videos uploaded in America have led to violent riots from Cairo to Karachi.

The outcome of this battle will have profound consequences for the ability of people everywhere to freely express themselves and follow their beliefs.

In the West, the birthplace of religious tolerance and free speech, the fatwa against Salman Rushdie in 1979 ushered in a new era where radical Islamists viewed authors, journalists and cartoonists who “insulted” Islam as fair game for threats, violence and sometimes even death.

In 2005 tiny, liberal Denmark became the epicenter of this new obscurantism when Jyllands-Posten published 12 cartoons depicting the prophet Muhammad.

Since 2010 several terrorist attacks against people associated with the Muhammad cartoons have failed or been foiled. This includes a plot to break into the offices of Jyllands-Posten, behead its journalists and throw the severed heads onto the street. Danish cartoonist Kurt Westergaard was attacked in his home by an axe wielding extremist.

In its latest threat assessment the Danish Intelligence Service concludes that the terrorist threat against Denmark is “serious” and higher than in 2006, when the cartoon crisis raged.

The threat is attributable to international as well as domestic terrorists aiming to “avenge” the publication and republication of said cartoons of the Prophet Muhammad.

In 2012 the U.S. experienced its own mini-crisis when a crude anti-Islamic film was used by Islamists to fuel violent anti-American protests in countries such as Egypt and Pakistan.

Despite this disturbing development governments and intellectuals in liberal democracies have often given only reluctant support to the value of freedom of expression instead of employing  language that obfuscates and relativizes the difference between words that wound and actions that kill.

By this logic those who insult religious feelings are extremists and that different from those who respond to insults with violence.

The meak responses of governments in the West not only erodes free speech in democracies, it also legitimizes the increasing repression of religious minorities in Muslim majority countries.

In Pakistan Ahmadiya Muslims are legally discriminated against in the constitution; and Christians are disproportionately targeted by vague and nebulous blasphemy laws.

In Egypt, human-rights organizations report that respect for basic human rights is worse under President Morsi than it was during Mubarak’s autocracy.

The new Egyptian constitution fails to guarantee freedom of conscience and religion for many minorities.

In Bangladesh hundreds of thousands of hardline Islamists have called for the hanging of atheists and others deemed guilty of blasphemy.

In Iran members of the Baha’i faith are being systematically persecuted due to their “heretical” and “blasphemous” religion.

This grim picture demonstrates the fallacy of the argument that a restriction of free speech fosters tolerance and is necessary for social peace.

Yet it is this state of affairs that the British authorities are mimicking with the panicky reaction to crude anti-Islamic tweets and Facebook updates.

Free speech and freedom of religion are not a threat to but rather the necessary precondition for social peace and tolerance in pluralist societies.

These values allow the religious believer, the skeptic and the atheist to live together in peace, each one free to follow his or her own conscience in matters of politics, philosophy and religion.

The very freedoms that allow someone to insult religious sensitivities also allow the religious believer to practice his or her faith free from fear of persecution.

That crucial insight was a stroke of genius -- perhaps one of the most important -- exhibited by the Founding Fathers of the United States of America. It's the reason why the Bahai’ community in Wilmette, Illinois is flourishing  while Bahai’s in Iran are being imprisoned and tortured.

Yet it is also this heritage that Western states jeopardize when appeasing illiberal states and religious extremists who demand a heckler’s veto when it comes to religion.

We cannot create an international system where the followers of various religions or political ideologies can demand that their respective taboos be off limits in the public debate.

Looking ahead to the future, if we want to avoid further bloodshed and another cartoon crisis we need more not less debate. For that to occur a firm defense of free speech is a necessary precondition.

Jacob Mchangama is co-founder and director of the Freedom Rights Project and has recently released the short film "Collision! free speech and religion" available at www.freetochoose.tv.