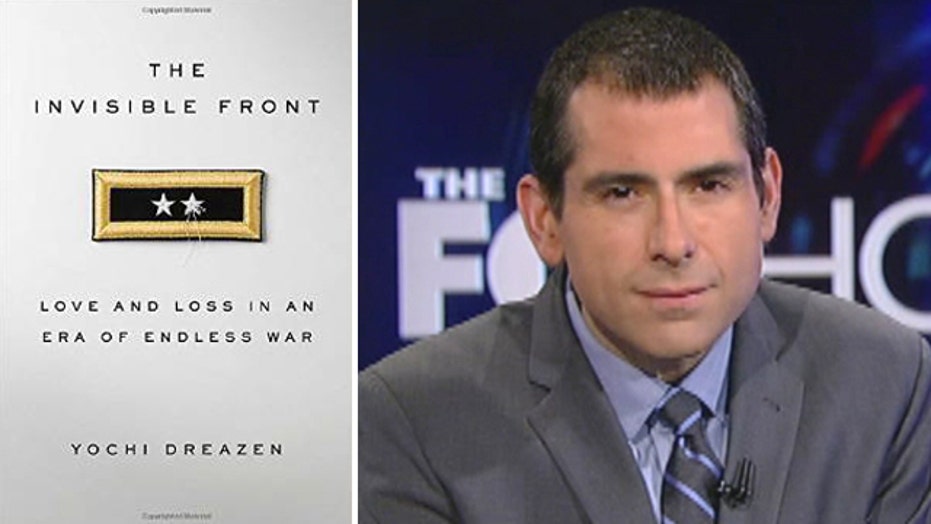 PTSD, suicide, and other silent battles of the US military

Back in the days when he was an intrepid correspondent for the Wall Street Journal, spending a total of five years in Iraq and Afghanistan to cover the wars there, Yochi Dreazen started hearing voices. They were not the faraway sirens of ghosts or fear, but the voices, rather, of the men returning from battle with all their limbs and eyesight but still, somehow, not whole.

"I'm not the same person as I was when I left," they would tell him. "I look in the mirror, I don't recognize myself; I can see my wife look at me and she's seeing me differently. My children are scared of me. I can't sleep. I feel flashes of anger at waiters." As disturbing as these confessions were, for Dreazen, the messages grew even more ominous.

"Some of them said, 'I've thought about killing myself. I don't want to live like this.' And I would hear second-hand of people I knew, in some cases friends, who did kill themselves. And I was looking at the numbers and watching them tick higher and higher and higher."

And the numbers were eye-popping, as Dreazen – now managing editor of Foreign Policy – documents in his new book "The Invisible Front: Love and Loss in an Era of Endless War" (Crown, October 2014):

The military's suicide rate jumped more than 80 percent between 2002 and 2009, the first year that the percentage of troops who took their own lives was higher than the percentage of civilians who did so. In 2012 more soldiers died by their own hand than in combat. In 2013 the total number of military suicides since the start of the wars in Iraq and Afghanistan passed the 1,000 mark. In 2014 the Pentagon disclosed that the suicide rate for male veterans age thirty and younger had jumped 44 percent between 2009 and 2011, a startling figure that suggested that the number of younger soldiers choosing to take their own lives would continue to increase well into the future.

By 2009, Dreazen came to know U.S. Army Major General Mark Graham, a decorated two-star officer whose last assignment, capping a 34-year military career, was serving as deputy chief of staff for FORSCOM, the Army's largest command. Graham, the reporter had heard, was going above and beyond the call of duty – literally – to change the culture at the Pentagon and throughout the armed forces with respect to how post-traumatic stress disorder (PTSD) and its all-too-frequent companion, suicide, are dealt with in the services.

For Graham and his wife Carol, the impetus for change had come through personal tragedy of the highest order. Their two sons died within a year: Kevin Graham, a ROTC cadet who was intelligent, athletic, and well-liked, took his own life in June 2004, after struggling, mostly in secret, with depression. Eight months later, on February 19, 2004, Kevin's brother, Army Second Lieutenant Jeffrey Graham, was killed by an improvised explosive device while leading a foot patrol in Khaldiyah, in the al-Anbar province of central Iraq.

Dreazen decided he had to tell the story of how this distinguished family, including the Grahams' daughter, Melanie, coped with these devastating back-to-back losses. Again, he heard the voices. "People would say, 'He lost two sons,'" Dreazen recalled in a recent visit to "The Foxhole." "That was unimaginable to me to hear. The idea of losing one child was – you would imagine – I would think of your world ending. The idea of losing two – your world would end a second time."

Watch the full interview with Yochi Dreazen in the video above.