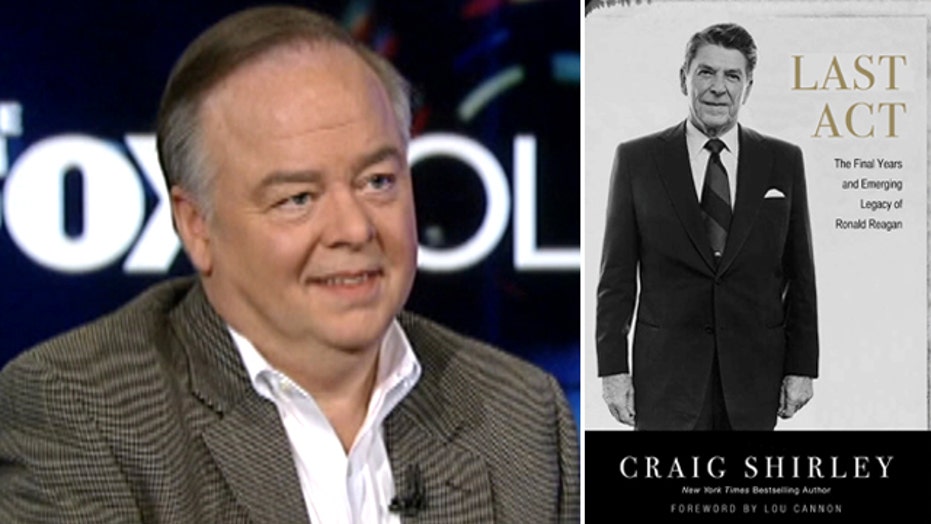 When he published his first book about Ronald Reagan a decade ago – a study of the former California governor's unsuccessful Republican primary campaign against incumbent President Gerald Ford in 1976, a struggle for the GOP soul that set the stage for Reagan's eventual ascension to the presidency – author Craig Shirley thought he was finished with his subject. How wrong he was.

It turned out that "Reagan's Revolution: The Untold Story of the Campaign That Started It All" was the project that, for Shirley's enduring preoccupation with our fortieth president, started it all. Four years later, in 2009, the co-owner of the Washington firm Shirley & Banister Public Affairs would publish "Rendezvous with Destiny: Ronald Reagan and the Campaign That Changed America," about the 1980 general election contest that saw Reagan prevail over incumbent President Jimmy Carter. Those two books alone comprised 1,200 pages of text. And Shirley's not done – not by a long shot.

In September, the publisher Thomas Nelson will issue the third installment in Shirley's epic treatment of The Gipper's life. But "Last Act: The Final Years and Emerging Legacy of Ronald Reagan" will not be the last installment. In a recent visit to "The Foxhole," Shirley disclosed that he plans to write at least two more books on Reagan: an account of the 1968 primary season – the only head-to-head matchup between Reagan and Richard Nixon, in which the former entered late and the latter emerged victorious – and a volume recounting President Reagan's 1984 landslide re-election victory over Democratic nominee Walter Mondale.

Shirley's books on Reagan are generally acclaimed as authoritative. For "Reagan's Revolution," he received extraordinary cooperation from the Reagan family, including access to previously sealed files from the ‘76 campaign. Yet not only has Shirley proceeded out of chronological order in his rendering of Reagan's life; the author has also detoured into seemingly unrelated terrain. In 2011 he published "December 1941: 31 Days that Changed America and Saved the World," a ground-level view of the impact that Pearl Harbor had on the lives of ordinary Americans; and in 2012, Shirley released an authorized biography of that most un-Reagan-like of political figures, the polarizing former House speaker Newt Gingrich.

"I needed a break from Reagan," Shirley told me. Yet when I asked what attracted him to the subject of Pearl Harbor, Shirley described a lifelong fascination with a bygone era – World War II: our triumph over fascism, the heyday of the American Century – that may also serve to explain his continuing preoccupation with Reagan.

SHIRLEY: My parents were involved in the war effort. My mother had victory gardens. I had an uncle who was killed in World War II. I had two other uncles who served in Europe. And I grew up, you know, hearing stories about the war, you know, in Sunday dinners, you know, with lace tablecloths and linen napkins. And always, it was as though these conversations – my grandfather would say, ‘Well, I bought that DeSoto before the war, but I didn't sell it until after the war. And –ROSEN: It was the defining event of whole generations of Americans.SHIRLEY: Absolutely, yeah. That, and the Great Depression, was the defining event. And for my family, on both sides. Both my grandmothers were Rosie the Riveters. One tested machine guns, the other was a bomb inspector. So our family was very deeply steeped in the war effort, in – both in battle and on the civilian front. And so I grew up listening to these stories and I was always fascinated by what happened…

Despite the frequent misappropriation of Reagan's name and legacy by self-interested parties who never even met the man – unlike biographer Shirley, who interacted with The Gipper several times between 1970 and 1996 – Reagan himself never doubted what he stood for, never lost sight of his roots in the simpler, more traditional era of the war years.

Watch the full interview with Craig Shirley in the video above.