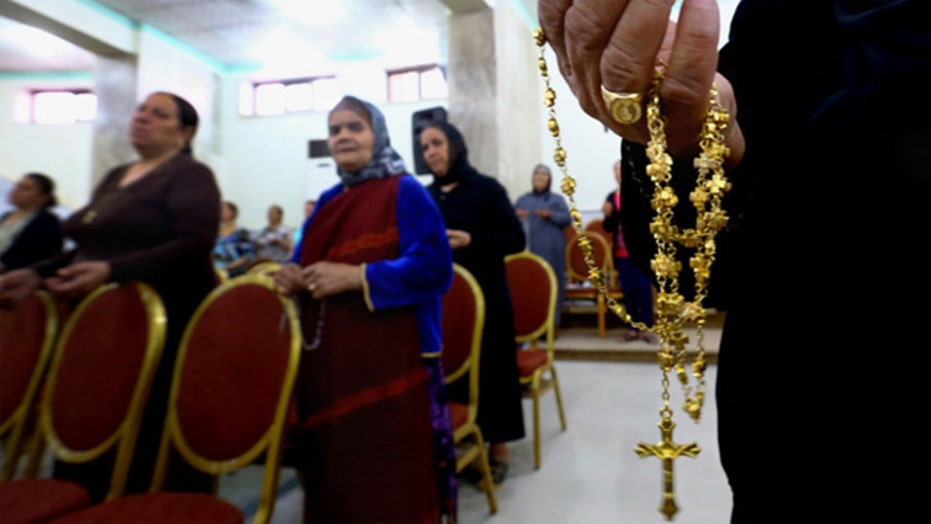 2014 had the highest level of modern Christian persecution

Religious persecution is not something that most Americans have personally experienced. While we may hear the odd snide remark about our religious group or be offended by the depiction of our faith in popular entertainment, we nevertheless experience an unsurpassed degree of religious freedom. We wake up each day with the ability to read our sacred texts, attend our religious services, and speak and write freely about our beliefs. While incidences of targeted religious hostilities do exist in the U.S., they are relatively few and far between.

That reality was driven home for me with the recent release of Open Doors USA’s 2015 World Watch List. This annual ranking of the 50 countries and regions where it is most difficult and dangerous to be a Christian features a diverse group of nations. They vary in location, from Asia to Africa to the Middle East to the Americas. They vary in size from the small to the vast, in governance from the totalitarian to the democratic, and in socio-economic conditions from the staggeringly wealthy to the startlingly poor. But what they have in common is a culture that allows for the persecution of Christians.

Persecution takes different forms in different contexts. In some places, Christians are ostracized and marginalized from society. In other nations, Christians are attacked financially, having their assets confiscated and the earning ability curtailed. And in far too many places, Christians face imprisonment, torture and death simply because of their faith in Christ. Whatever the type of persecution, the goal is the same: eliminate or minimize the influence in society of people of a particular faith.

According to Open Doors USA, up to three generations of a family can face imprisonment and even death if one member of the family is caught with a Bible in North Korea. In Central Asia, Christians’ homes are raided to see if they are guilty of the crime of owning a Bible. Terror groups across the Middle East, and in increasingly in parts of Africa, target Christians—people of the Bible—for torture and death.

Yet many Christians living under unimaginable oppression continue to risk their freedom and their lives in order to have access to even a portion of the Bible. At the American Bible Society, we hear from ministry partners around the world of those who are literally dying for access to a Bible.

What is it about this book that many of the regimes on the World Watch List find so threatening?

The Bible is a revolutionary book. Christians open the pages of the Bible and read about loving one’s enemies, standing up for the oppressed and worshipping God alone. Totalitarian regimes and those who hope to bring a society into unquestioned obedience to a particular doctrine must see the Bible as a threat to their control.

In the pages of the Bible, we find the story of Daniel and his three brave friends who refused to worship Nebuchadnezzar, even under threat of death. It is a story that surely must threaten those who seek god-like worship from their citizens.

At a time when racism and sexism was prevalent, the Bible says Jesus called his followers to show love to all. Whether by honoring the actions of the Good Samaritan (a man from a group that was reviled by the Jewish society of the day), reaching out to an outcast leper or affirming the worth and dignity of women, Jesus bucked the rigid social rules. Such a philosophy of equality is anathema to those who seek to depress and exploit the largest part of their citizenry in order to reserve exclusive powers and privileges for themselves and their cronies. And those regimes who seek to impose a religion on its people by any available means must despise Jesus’ invitation (rather than command) to follow Him and His clear teaching that true faith must be born in the heart rather than imposed or inherited.

Simply put, the Bible is not the friend of the hate mongering or the tyrannical.

I hope that people who have religious freedom will not forget those who do not. Show your support by praying and advocating for those without the Scriptures.

And lets pray that those with Bibles on their shelves will avail themselves of the privilege to engage with God’s Word daily.

Roy Peterson is president and CEO of American Bible Society and author of "Set Free: Unstoppable Hope for a World that is Waiting."