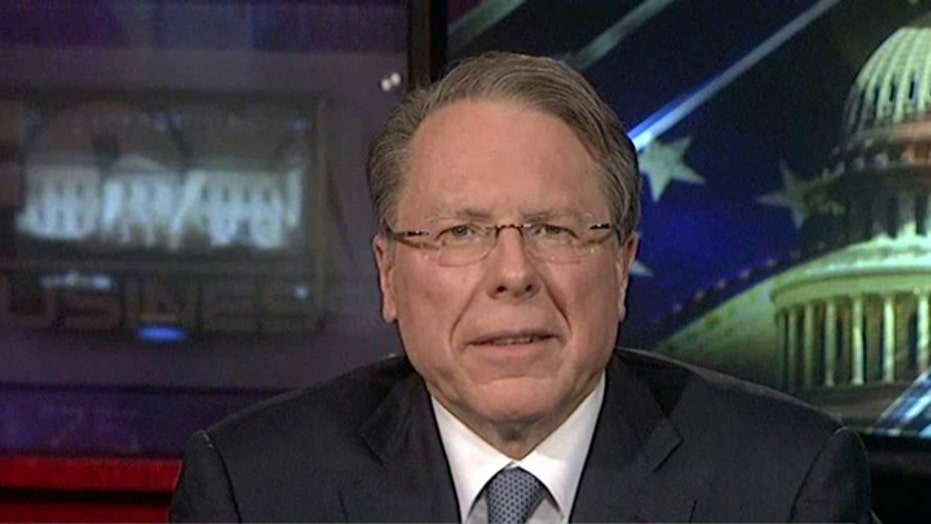 Editor's note: Author Scott Pinsker is a marketing and publicity expert who writes occasionally for Fox News Opinion. This is his vision of a speech he would like to see delivered by leaders at the National Rifle Association. It has not been delivered by the NRA.

Greetings. My name is Wayne LaPierre, and I’m the executive vice president of the National Rifle Association. After the national tragedy at Sandy Hook Elementary School, it was my hope that Red America and Blue America would finally come together and try to solve a serious problem, because protecting our children from violent madmen isn’t a conservative position or a liberal position; it’s a common-sense position.

Sadly, instead of offering new solutions, the same anti-gun zealots who’ve always hated the Second Amendment have politicized the deaths of kindergartners, adopting the Rahm Emanuel tactic of “Never letting a good crisis go to waste.” Anti-gun newspapers have even published the names and private addresses of law-abiding gun-owners – something they would NEVER do to sex offenders, drug addicts, wife-beaters, AIDS victims, welfare recipients or women who’ve had an abortion – and rightly so.

The NRA tried to help: Since we protect our president, vice president, governors, senators, judges, banks, hospitals, office buildings and jewelry stores with armed guards, why does it make sense to protect our schoolchildren with a small sign that says, “This Is a Gun Free Zone” – and then hope that someone with a gun can get there quickly if there’s an emergency? Why do we have armed guards at middle school and high school football games – but not at the actual middle schools or high schools?

But this still doesn’t do enough to protect our children. The time for partisanship is over; now is the time for action. And that’s why the NRA is requesting the assistance of the ACLU.

The Sandy Hook tragedy, the Virginia Tech shooting, the Aurora “Batman” shooting, the Tucson shooting – all of the killers had something in common: They were all mentally unstable young men who were prescribed mind-altering psychiatric drugs.

These killers didn’t purchase their guns illegally, or watch Fox News, or circumvent background checks by attending gun shows. They didn’t have prior convictions or troubling police records. That’s not the common denominator. The common denominator is that these young men were sick – and everyone knew it.

The ACLU has done more than any other organization to protect the legal rights of mentally sick people.

This is a fact.

Because of the ACLU, mentally sick people can refuse medical treatment or psychiatric care, even when their mental condition has left them homeless and penniless. Even in situations like Adam Lanza, the 20-year-old Sandy Hook killer, whose own mother, according to reports, was unable to mandate medical treatment for her son.

The NRA doesn’t hate the mentally ill. They deserve our compassion and our help. But sick young men have spilled far too much innocent blood. This simply cannot continue.

The NRA is hereby inviting the ACLU to join us on a study to find common-sense solutions that will prevent violent madmen from harming our children. And then together, it’s our hope that the NRA and the ACLU will offer these solutions directly to President Obama.

An inspirational politician once declared that there isn’t a Red America and a Blue America, or a black America and a white America – there’s the United States of America. As Americans, let’s come together, rise above the rhetoric, and actually do something that protects our children.

Scott Pinsker is a marketing and branding expert, an author and a celebrity publicist. He is also author of a novel, "The Second Coming: A Love Story," Pinsker lives in Tampa Bay, Florida.