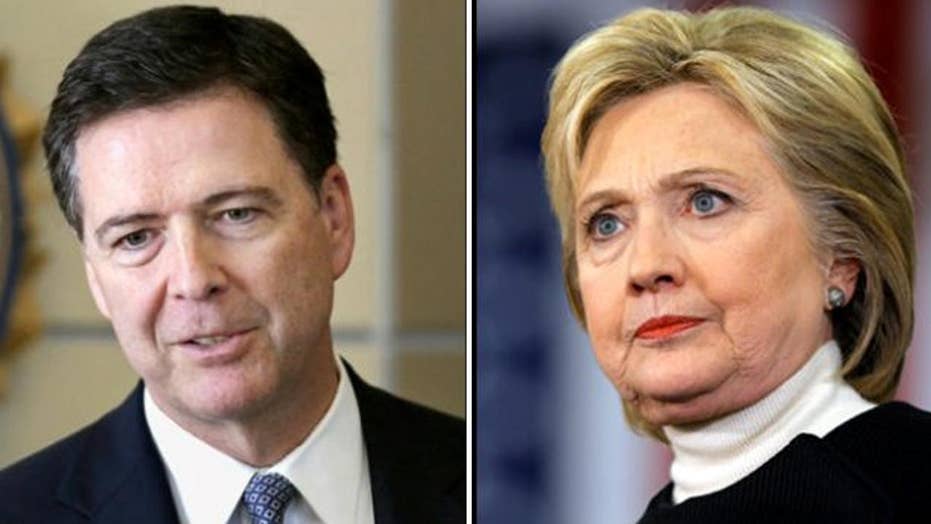 Last weekend, Sec. Hillary Clinton blamed her loss on FBI Director Comey, arguing that his late-breaking email investigation tanked her Presidential aspirations. Some of her supporters have gone so far as to claim a pro-Trump conspiracy throughout the Bureau.

The past week has been difficult for my Democratic party. After all, it’s not particularly fun to lose, especially to a man that many in country view with great suspicion and apprehension. But shifting responsibility to false boogeymen will lead to a far greater loss:  the credibility that we need to convince the American people to listen to our vision for the country.

So let’s name and shame the excuses, and be honest about why Clinton failed.

1. Comey and the FBI: If Clinton were right, polling would show a material, persistent drop in support for her after the FBI Director released his letter to Congress. However, that polling data doesn’t exist. In reliably Democratic Michigan, Clinton’s support remained the same. Wisconsin voters didn’t flinch either. (Some have suggested a possible, modest impact but with low confidence in whether it was true.)

But how could the Comey letter not have impacted Clinton? According to the campaign, most voters didn’t trust her well before the second FBI investigation; the negatives of the email story were thus already “baked in.”

2. The Electoral College:  As of Wednesday afternoon, over 4.3 million Americans have signed a petition on Change.org to abolish the Electoral College and make Clinton President. After all, they argue, Hillary won the popular vote.

Indeed, abolish the same Electoral College that President Obama won. Twice. Not to mention 14 Democratic Presidents before him.

It’s fair to debate the merits of having an Electoral College. But not because we lost.

3. Campaign Staff:  Bill Clinton reportedly believes that Hillary’s campaign manager Robby Mook is culpable for his wife’s loss. However, if Bill’s argument sounds oddly familiar, it should.  In 2008, partisans complained that Clinton’s campaign manager Patti Solis Doyle (and, later, Maggie Williams) were to blame for the loss to Obama.

In truth, maybe all three were horrible. But that tells us less about Mook, Solis Doyle, and Williams, and more about the Clintons’ inability to hire smart advisers.

Most reasonable people would agree that the buck stopped with Sec. Clinton.

4. Social Media: The allegation is that Facebook and Twitter fed the American people bogus stories that weren’t properly “fact checked” by the mainstream media. Consequently, real journalists and their outlets were unable to stop unfounded rumors. Ergo, Clinton lost.

Wrong. A recent study by Columbia University showed that six in 10 people don’t even read the links that they like on social media, let alone believe and act on them.

What we do know is that people were tuned in to traditional media. TV viewership throughout the primaries and general election shattered records for eyeballs and ad revenue. And let’s not forget newspaper endorsements. Clinton had 57. Trump had 2.

If anything, the data shows a media bias that put the wind at Clinton’s back. In the words of Washington Post’s review of coverage:  “all of the media outlets that we considered ‘liberal’ treated Clinton more favorably. The more conservative outlets seemed more on the fence about Trump.”

5. Racist/Sexist/Homophobic/Xenophobic Voters: Some supporters continue to advocate Clinton’s breathtakingly offensive statement that at least half of Trump supporters were “deplorables” – racists, sexists, homophobes, xenophobes, Islamophobes. According to their logic, Clinton and her voters simply couldn’t overcome the Wave of Hate.

This excuse is as ugly as it is wrong. Clinton had no evidence to back up her deplorable claim, which is why she rightfully apologized hours after saying it. Or maybe she realized that she had deplorable supporters of her own:  there’s good social science on the implicit biases that we all have. Yes, Democrats can be racists too.

The bottom line is this: my party lost because the American people wanted change, and Clinton was too flawed and too untrustworthy to own that mantle. The voters who previously elected Obama decided they’d rather stay home or vote for Trump than pull the lever for Hillary.

And that, my Democratic friends, is democracy in action. Welcome to America. Sometimes you lose. If you want to avoid the same fate again, we must stop the excuses.

Bryan Dean Wright is a former CIA ops officer and member of the Democratic Party. Follow him on Twitter @BryanDeanWright.