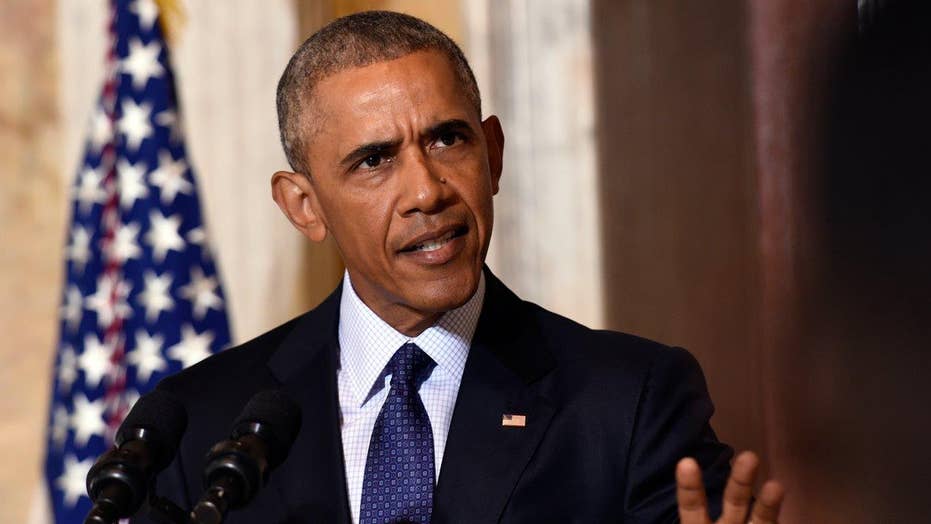 Starnes: Obama more an apologist for Islam, than President

The Dispatch: Todd Starnes reacts to President Obama lashing out at Americans who insist on the term 'Radical Islam'

Over the past eight years - the Obama administration has never let a crisis go to waste. The Orlando terrorist attack was no different.

President Obama co-opted an Islamic radical terrorist attack and turned it into a campaign to ban “assault rifles” (their words, not mine).

“We have to make it harder for people who want to kill Americans to get their hands on weapons of war that let them kill dozens of innocents,” the president declared.

So does he plan on confiscating our pressure cookers? What about fertilizer or cutlery or jetliners? Would that make us safer?

Click here to get Todd’s latest book! It’s your primer on how to restore traditional American values!

If the president really wanted to be tough on terrorism, he would actually acknowledge the real enemy and he would stop making it easy for the jihadists to cross our borders.

“Reinstate the assault weapons ban,” he demanded. “Make it harder for terrorists to use these weapons to kill us.”

How about making sure Americans have the tools necessary to defend themselves and their families against the jihadists? How about you stop being an apologist for the Islamists – and start being a Commander-in-Chief for the United States?

The mainstream media has been more than willing to take up the president's cause.

The New York Daily News leading the charge with a front page headline blaming the National Rifle Association for the Orlando massacre.

In today's edition - they accused NRA members of being traitors. Traitors.

“Thanks, NRA. Because of your continued opposition to an assault rifle ban, terrorists like this lunatic can legally buy a killing machine and perpetrate the worst mass shooing in U.S. history,” another headline screamed.

Can you believe people actually read this garbage?

The anti-gun crowd has become unhinged. Truth is, most of them would not be able to tell the difference between an AR-15 and a Super Soaker.

They do not understand this central truth: the Second Amendment protects all of the other Amendments.

What happened in Orlando was the work of a jihadist - not a law-abiding NRA member. It was an Islamic radical who slaughtered those people -- not a deer hunter.

Chris Cox, the executive director of the NRA’s Institute for Legislative Action, summed it up nicely in a USA Today editorial:

“It’s time for us to admit that radical Islam is a hate crime waiting to happen. The only way to defeat them is to destroy them – not destroy the right of law-abiding Americans to defend ourselves.”

The enemy is radical Islam, folks -- not the NRA.