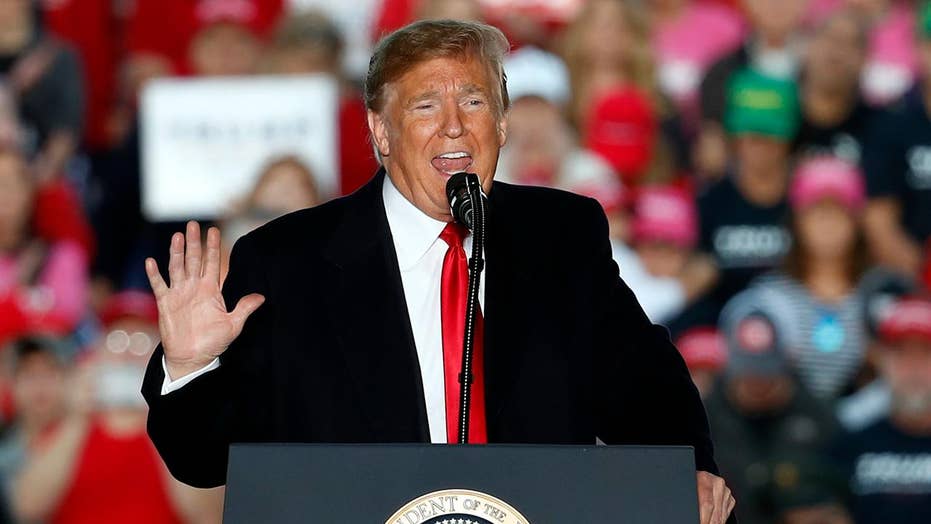 Trump kicks off his final campaign blitz for the midterms

6 days until voters decide who controls Congress; reaction and analysis from 'The Five.'

Listening to the pundits and prognosticators, you’d think control of Congress has already been decided. But the fight for our nation’s future is far from finished. It’s happening this week when millions will take part in their civic responsibility on Election Day.

Regardless of who wins and who loses, there are certain issues the next Congress will be forced to address.

The cost of health care is not sustainable for many Americans. Most polls show this is the top issue for voters – and for good reason. Eight years after President Obama signed it into law, the Affordable Care Act has proved to be anything but affordable. It’s time for Congress to enact reforms that help reduce health care costs while increasing coverage choices for everyone.

The debate over immigration has once again been pushed into the public square, as a caravan of several thousand people makes its way through Mexico toward the United States. The president can’t address this alone. Congress must act to secure America’s borders.

Unemployment is down across the board. That’s good news for everybody, but we need to ensure the economy keeps growing. One of the best ways Congress can do that is making sure tax reform keeps putting money in your hands, not the government’s. Making last year’s tax cuts permanent for American families would almost certainly boost economic growth.

And, if you thought Justice Brett Kavanaugh’s hearings would end the angst over judicial appointments, think again. More than 100 judgeships on our federal circuit and district courts remain unfilled. The Administrative Office of the U.S. Courts classifies more than half of those vacancies as “judicial emergencies”—long-standing vacancies that push up the caseload of other judges. The result: justice denied.

There is no shortage of nominees to fill these seats, but obstructionist tactics and foot-dragging in the Senate have left them in limbo. Clearly, our senators need to drop the partisan game-playing and get to work. But whether that happens will depend largely on who holds the committee gavel next year.

And who holds the gavel depends entirely on you, and me, and our fellow citizens.

We have the Founders of our nation to thank for that.

President Ronald Reagan put it so eloquently in his 1989 farewell address to the American people:

"Ours was the first revolution in the history of mankind that truly reversed the course of government, and with [only] three little words: ‘We the People.’ ‘We the People’ tell the government what to do; it doesn’t tell us."

Nearly 250 years ago, brave colonials fought, and bled, and died, so that their generation – and generations yet to come – could tell their government what to do. So that they would be able to determine the laws by which they would be governed.

Hundreds of thousands of brave Americans have given their lives to preserve this precious right for us. That’s why voting is more than a right. It is a sacred obligation.

And, as a newly appointed member of the Women’s Suffrage Centennial Commission, it’s also not lost on me that 100 years ago, as a woman, I would not have been able to cast a ballot in an election. Congress first considered a women’s suffrage amendment in 1878, but it wasn’t until August 18, 1920, that women finally gained the right to vote in America.

I can assure you that this woman, this mother, this grandmother, this American, will be exercising that right on Tuesday because voting is one of the chief ways we determine what kind of nation we will be and what kind of country we will pass on to our children and grandchildren.

There is much at stake in this election. Too much to let others determine the outcome for you and yours. Do your part. Do your duty. Vote!