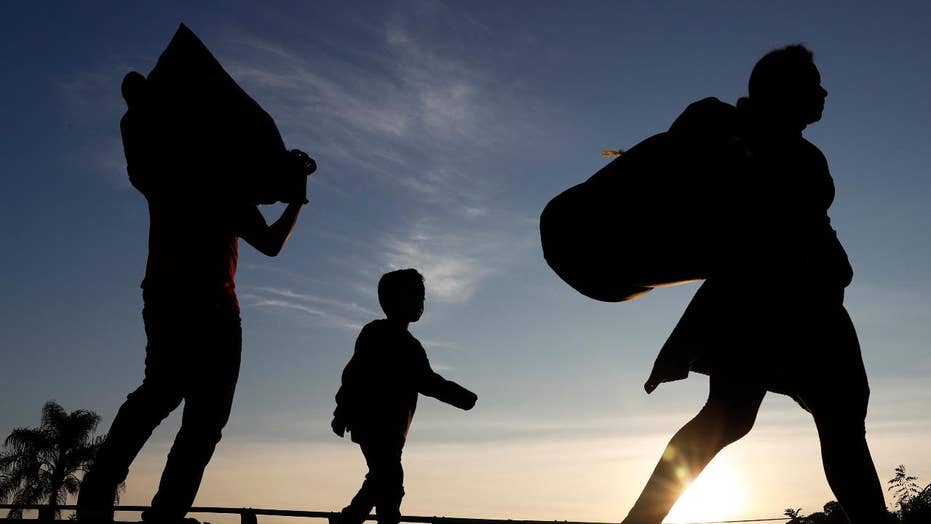 Immigration and the midterms

Does the migrant caravan issue help Republicans or Democrats?

Immigration is a central issue in the midterm elections taking place Tuesday. In some ways, the elections are a referendum on where Americans stand with regard to the rule of law, sovereignty and respect.

President Trump has led the way in seeking enforcement of our immigration laws and securing our borders. If our elected representatives believe current laws need to be changed, they have the power to change them. But government officials have an obligation to uphold enforcement our laws as long as they remain in effect – not to ignore them.

Turning a blind eye to our immigration laws – as many Democrats on the ballot Tuesday want to do – and opening our borders to anyone who wants to enter our country is not a practical option. We could be overwhelmed by a flood of immigrants wanting to move here.

Many of the 7.5 billion people in the world would welcome the chance to immigrate to America – but there is a limit to how many our country of 329 million people could absorb.

The Democratic goal is simple: find a path to citizenship for illegal immigrants so they can eventually become reliable voters in support of Democrats. And for the long term, count on the American-born children of illegal immigrants to vote for Democrats when they become old enough.

The migrant caravans now traveling through Mexico on their way to the U.S. from Central America are the perfect example of how Republican and Democratic candidates for office view immigration. While we should all be united against those seeking to invade our country and break our laws, Democrats do the opposite. Far too many Democrats side with the illegal immigrants.

The first act of an approved candidate for citizenship is to swear allegiance to the nation and to pledge to obey its laws. But if immigrants come to the United States in violation of our laws, how can we expect them to honor our laws should they become citizens?

The thousands of migrants in the caravans say they are coming to the U.S. to seek asylum. But there is a right and wrong way to seek asylum and refuge in our country.

Democrats are aiding, abetting and encouraging people to go the illegal route of entry instead of following established protocols, rules and laws. Illegal immigrants rob lawful applicants for immigration of their legal process and can become a burden on local, state and federal governments because they require government assistance.

So what is the right way to seek asylum in the U.S.?

If we encourage people to violate the law in order to gain access, status or citizenship in the U.S. then we have sown the seeds of our own destruction as a sovereign nation. What makes a nation strong is the rule of law supported by a citizenry that respects and abides by it.

It is well-known that asylum seekers are often coached on what to say and what not to say in order to gain access to the United States. Catch and release is a further erosion of law because once illegal immigrants are caught in the U.S., they are simply given what amounts to an “appearance ticket” to show up for a hearing at a future date. Many don’t.

Sanctuary cities have become another method by which illegal immigrants can play the system by migrating to places where local law enforcement and governments protect them from being detected, processed or detained by federal authorities.

Our nation is in dire need of comprehensive immigration reforms. These include secure borders, fair and just immigration policies, tax reforms, a pathway to residency and citizenship, and ways to deal fairly and equitably with the children of illegal immigrants who came here before reforms are enacted.

Too many Democrats would rather ignore our immigration laws than enforce them. It is up to Republicans now to step up to the plate and tackle immigration once and for all in separate stand-alone bills that take each problem on individually, as opposed to a 4,000-page omnibus bill that will be fodder for litigation. Hopefully, Republicans can do this if they hold onto their majorities in the U.S. House and Senate in the midterm elections.

America must be a nation of laws that are honored as written. It is not inhumane or callous to demand that people who immigrate to the U.S. honor and abide by our laws.