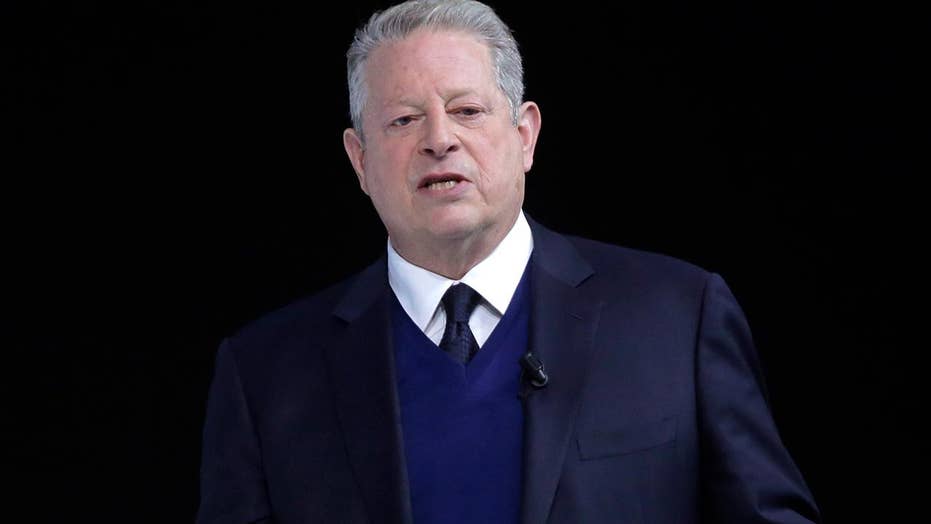 Political leaders in Georgetown, Texas won wide praise from former Vice President Al Gore when they decided to go '100 percent renewable' seven years ago. Now, however, they are on the defensive over the high costs.

Political leaders in a college town in central Texas won wide praise from former Vice President Al Gore and the larger Green Movement when they decided to go “100 percent renewable” seven years ago. Now, however, they are on the defensive over electricity costs that have their residents paying more than $1,000 per household in higher electricity charges over the last four years.

That’s right - $1,219 per household in higher electricity costs for the 71,000 residents of Georgetown, Texas, all thanks to the decision of its Republican mayor, Dale Ross, to launch a bold plan to shift the city’s municipal utility to 100 percent renewable power in 2012 when he was on the city council.

In short order, Ross was elevated to celebrity status, appearing in scores of articles and videos, both at home and abroad. Al Gore made it a point to feature the Texas Republican mayor at renewable energy conferences as well. Ross was even featured in one of Gore’s documentaries.

But while Ross was being lauded far and wide, the residents of his town were paying a steep price. His decision to bet on renewables resulted in the city budget getting dinged by a total of $29.8 million in the four years from 2015 to 2018. Georgetown’s electric costs were $3.5 million over budget in 2015, ballooning to $6.3 million in 2016, the same year the mayor locked his municipal utility into 20- and 25-year wind and solar energy contracts to make good on his 100 percent renewable pledge.

By 2017, the mayor’s green gamble was undercut by the cheap natural gas prices brought about by the revolution in high-tech fracking. Power that year cost the city’s budget $9.5 million more than expected, rising to $10.5 million last year, according to budget documents reported by The Williamson County Sun.

Whether Mayor Ross and his colleagues on the Georgetown City Council were motivated by good intentions, political machinations, or mere vanity is unknown. What is known is that Georgetown’s municipal utility, an integral part of the city budget, is hemorrhaging red ink thanks to those long term renewable energy contracts.

The mayor, who not long ago was approaching ubiquitous status with the media, could not be found by the local press to comment on his city’s budget-busting power deficit.

The deficits were triggered by the drop in natural gas prices—now the mainstay of the U.S. electric grid, having displaced coal—which caused the city to sell its surplus wind and solar power at a steep discount into Texas’ wholesale energy market. City leaders had to lock in a large excess of wind and solar power to be able to lend credibility to their 100 percent renewable claim, since wind and solar power can’t be relied on to keep the lights on 24/7/365. And, even with that surplus, there are times when Georgetown draws traditional fossil fuel power from the Texas grid, making the city’s “100 percent renewable” claim nothing more than spurious sloganeering.

That a city in Texas (which voted for President Trump) claimed to be “100 percent renewable” generated significant “man bites dog” notoriety. But as University of Houston energy expert Charles McConnell noted, “It’s not kind of misleading, it’s very misleading, and it is for political gain.”

But Texas’ electricity market excludes municipal utilities like Georgetown’s from competition, leaving consumers without choice and allowing political decisions – rather than market forces – to determine the mix of electricity suppliers.

Georgetown is now trying to renegotiate its costly long-term wind and solar energy contracts—this, after the city council agreed to skimp on needed electric infrastructure investment to make up their budgetary shortfall.

Mayor Ross had previously reveled in trolling President Trump, boasting to a German TV show that, “I make decisions based on facts… unlike the president,” then opining that “It was a huge mistake to withdraw from the Paris climate accords…”

One wonders what Mayor Ross thinks about the ongoing unrest in France, initially sparked by a climate change fuel tax hike that has since been rescinded, under pressure, by President Macron.

The mayor, who not long ago was approaching ubiquitous status with the media, could not be found by the local press to comment on his city’s budget-busting power deficit, declining to comment by both phone and email.

Meanwhile, Texas legislators – who are unlikely to wind up on German TV – have the power to introduce a  bill with the potential to free Georgetown’s ratepayers from the city’s electric monopoly, giving them the same ability to shop around for electricity now enjoyed by some 20 million of their fellow Texans.

Wonder what Al Gore will have to say about that?