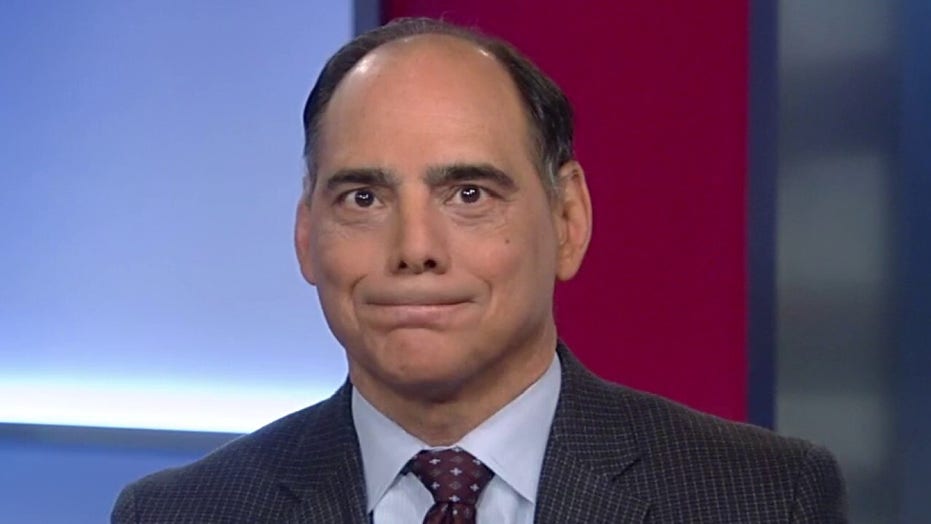 Two U.S. soldiers were killed and six were wounded when American and Afghan troops were fired on during a mission in Nangarhar province in eastern Afghanistan.

When President Trump and Vice President Mike Pence flew to Dover Air Base this week to oversee the dignified transfer of two flag-draped caskets carried from a military jet by an Army honor guard, a hard, cold truth emerged through the dark mist over the tarmac – a truth largely ignored by the press and by American politicians.

In other words, an Afghan soldier, posing as an ally who U.S. soldiers had come to train, teach and support suddenly "went Taliban." Wearing the green uniform of the allied Afghan National Army, the Afghan opened fire on American Forces, wounding six Americans, and killing Gutierrez and Rodriguez.

US SOLDIER DIES FROM NON-COMBAT INCIDENT AT MILITARY BASE IN AFGHANISTAN, DOD SAYS

These attacks are called “green on blue” attacks where Muslim-nation partner soldiers pose as “allies,” trusted by American forces, and given weapons, suddenly attack American forces when given proximity to Americans.

Unfortunately, these “green on blue” attacks have not been an outlier, and they have not sprung up recently. They have taken place over the long course of the war and have become the rule, not the exception, as an easy means of killing Americans in Afghanistan.

In 2014, American Maj. Gen. Harry Greene, a two-star general, was shot and killed in Afghanistan by an Afghan National Army soldier while ceremoniously inspecting U.S. forces.

The Long War Journal reports that between 2008 and June of 2017, at least 155 green-on-blue attacks occurred, leaving 152 coalition forces dead and 193 wounded, mostly dead and wounded Americans.

Even in Trump's drawdown, these “green on blue” attacks by Islamic allied nation troops against Americans have continued.

And green-on-blue struck closer to home on Dec. 6, 2019, when a radical jihadist coward, masquerading as a Saudi military officer, who was an invited guest of the United States, opened fire with a 9-millimeter pistol at the U.S. Naval Air Station in Pensacola, Florida.

Moments later, three American sailors lay bleeding, including Ensign Joshua Kaleb Watson, a 23-year-old Naval Academy graduate. Wounded and dying, Watson in the last minutes of his life walked out of the classroom, amidst a barrage of gunfire, and directed law enforcement to the scene, before breathing his last breath. Three American sailors died in that attack.

Saudi 2nd Lt. Mohammed Saeed Alshamrani, the attacker, was a terrorist animal who never should have been allowed in this country. Two other Saudi students watched from a car while Alshamrani executed his attack.

This raises a question: Why were they here?

And the broader question is why, as we push toward a Trump drawdown of American forces in the Middle East, do we continue joint exercises with Islamic-nation “allies,” like Afghanistan and Saudi Arabia, with a proven inability to vet radicalized jihadist troops from unradicalized troops?

Is it to score political points with the host country?

If so, are the political points worth the American lives?

Here’s the answer to that question: Hell no.

If Trump’s “America first” means anything, it must first mean that the life of the lowest American private who spills his blood on foreign soil is more important to this country than the president of Afghanistan,  the King of Saudi Arabia or any other foreign leader who has sought American help, or who State Department bureaucrats might kiss up to for the sake of diplomatic smoke-blowing.

If the Trump foreign policy is to become truly revolutionary, with a true “America First” mantle, then policies must change, in every instance, to make American lives more important than foreign lives, and to protect American blood in every instance.

Trump must change American policy so that these “green on blue” attacks come to a screeching halt.

That means that in Afghanistan, President Trump should order the United States military to disallow armed Afghan soldiers and security forces to be in the presence of U.S. forces.

As shown by the deaths of ISIS leader Abu Bakr al-Baghdadi; top Iranian Gen. Qassem Soleimani; Qasim al-Rimi, the founder and leader of Al Qaeda in the Arabian Peninsula; and Usama bin Laden himself, the American military is more than capable of striking on its own without the help of inferior foreign Islamic militaries, that are not safely vetted to remove American-killing jihadists from their midst.

For the sake of American lives, the president should put an end to joint U.S. military operations with armed forces of Islamic state allies.

Do it, Mr. President, for Sergeants Gutierrez and Rodriguez.