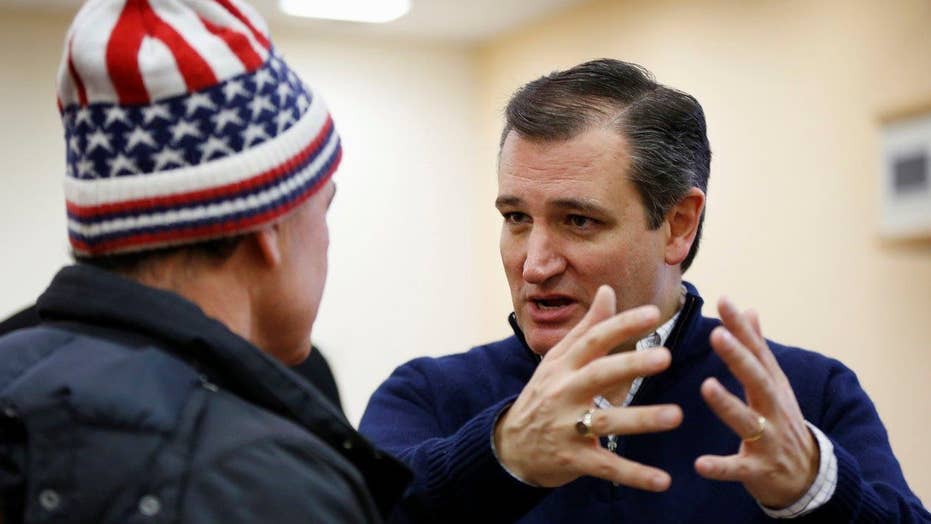 Politicians tailor their messages to different audiences. Facing New Hampshire’s primary, Ted Cruz talked more about “free-market principles” and a “commitment to the Constitution” and said “no one personality can right the wrongs done by Washington.” Politico ran the headline “Ted Cruz, born-again libertarian.”

But politicians no longer just target voters state-by-state -- they target by person.

“The campaign manager for the Obama campaign said the biggest institutional advantage they had was its use of data,” observes Cato Institute fellow Emily Ekins.

Conservatives had data too, she says, but “Republican insiders tended to be a little bit closed-minded when it came to new methodologies.”

Not Cruz. He told my producers recently, “I bought a copy of David Plouffe, Obama’s campaign manager’s book, ‘The Audacity to Win,’ gave it to our senior team (and told them) we are going to nakedly and shamelessly emulate this.”

The Obama campaigns kept detailed computer records on individuals likely to vote for Obama. On Election Day, volunteers concentrated on getting just those voters to vote.

Likewise, this year the Cruz campaign didn’t send volunteers to every single door to ask people for their vote. They saved precious time by knocking only on doors of likely Cruz voters who might need a nudge to go to the polls.

Cruz technology manager Chris Wilson told us that the campaign will then do “whatever it takes. We go to their house. We’ll bug them until they either turn out to vote or get a restraining order against us.”

“Restraining order” is a joke, but his volunteers do carry phone apps that even tell them what questions to ask occupants depending on whether a man or a woman answers the door.

Today, all campaigns buy data from marketers. Ekins explains that “companies amass enormous amounts of data based on transactions that you and I make -- whether we opened a store loyalty card, whether we subscribed to a magazine.”

That data tells them something about how you think. Wilson told me, “Someone who buys arugula, we’ve found that they tend to be a little bit more Democratic -- someone who buys iceberg lettuce tends to be more Republican.”

There is truth in data. Outside Minneapolis, according to The New York Times, a manager of a Target store fielded an angry call from a father who was furious because Target sent his teenage daughter ads for baby products. You’re encouraging my daughter to get pregnant, he complained.

The manager apologized and later called back to apologize again. But this time the father apologized, saying she is pregnant! Target knew before Dad did.

Ted Cruz adds that they then go beyond “where” people stand to target voters based on “why.”

“If you’re a single mom, if you’re carrying a revolver in your purse ’cause you don’t want to get mugged, a duck-hunting ad is not going to do a thing to connect with you,” Cruz told us. “Just on the Second Amendment, we have a dozen different messages.”

This offended some people who watched my recent TV special about this. pathgirl888 tweeted: “Watching @JohnStossel re Tech Revolution. #Orwellian manipulation of IA voters ... creepy.” Others complained, “Cruz Camp is monitoring everything” and “INVASION OF PRIVACY!”

But it’s not just Cruz who does this. The Obama campaign reached into its supporters’ Facebook accounts and asked them to persuade their friends to support Obama. Facebook then changed its policies to give “friends” more privacy protection, but it’s safe to assume all future presidents will be elected with help from this sort of technology.

We asked an Iowa voter if he minded being targeted by Cruz. He said, “No, I think it’s excellent. Use every tool we can, because we have to defeat those people. They’re using them.”

The tech revolution is changing almost everything.