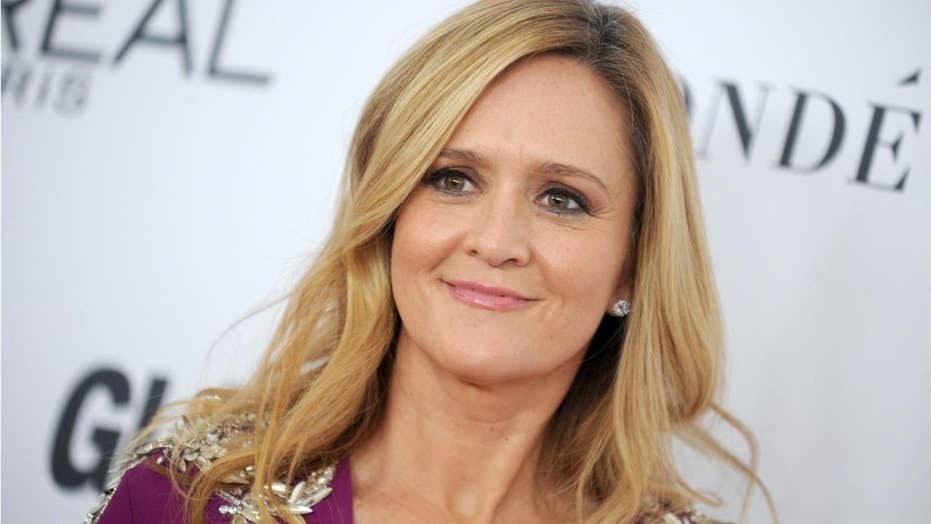 Samantha Bee made it clear Wednesday that neither end of the political spectrum has a monopoly on indecency.

In the middle of a tirade against President Trump’s immigration policy, which has cruelly separated migrant children from their parents at the U.S.-Mexico border, Bee went off on a photo the president’s daughter and adviser Ivanka Trump posted on Twitter earlier in the week hugging her 2-year-old son.

Opponents of the president have criticized the photo because it makes Ivanka Trump seem oblivious to the pain of immigrant parents no longer able to hug their own children.

"You know, Ivanka, that's a beautiful photo of you and your child, but let me just say, one mother to another, do something about your dad's immigration practices, you feckless c----,” Bee said on her TBS show, “Full Frontal,” using a vulgar slur against women.

Former first daughter Chelsea Clinton tweeted her criticism of Bee’s disgusting comment: “It’s grossly inappropriate and just flat-out wrong to describe or talk about @IvankaTrump or any woman that way.”

As of this writing, TBS has not fired Bee from her show – in sharp contrast to the action by ABC, which pulled the plug on the show “Roseanne” Tuesday, hours after star Roseanne Barr posted a racist tweet. Barr described President Obama’s former White House adviser Valerie Jarrett, who is African-American, as the offspring of the “muslim brotherhood & planet of the apes.”

I don’t know whether Barr’s or Bee’s comment was worse. Both are totally indefensible. In a competition for “vilest public utterance of the month” both would be strong contenders.

President Trump, like any father, was understandably outraged at the obscene attack on his daughter. He tweeted Friday morning: “Why aren’t they firing no talent Samantha Bee for the horrible language used on her low ratings show? A total double standard but that’s O.K., we are Winning, and will be doing so for a long time to come!”

TBS and Time Warner, its parent company, should now pull the plug on “Full Frontal” – not because ABC pulled the plug on “Roseanne,” but because it’s the right thing to do. 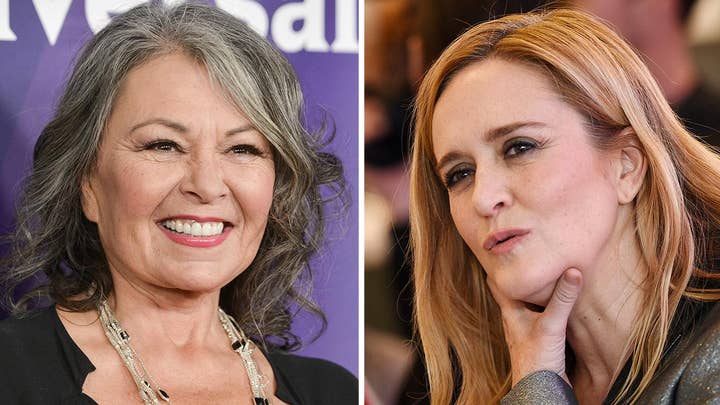 In some ways, Bee’s vicious utterance was even worse than Barr’s because Barr’s was spontaneous. Bee’s was scripted, approved, taped in the afternoon and not aired until 10:30 p.m. EDT.

There were hours to edit out Bee’s vile comment. Anybody with a basic sense of decency – and, frankly, simple common sense – would have done so.

In a tweet following the cancellation of “Roseanne,” Bob Iger, the CEO of Disney, the parent company of ABC, wrote: “There was only one thing to do here, and that was the right thing.” I agree. And the same comment applies to Samantha Bee.

I’m hard-pressed to think of a cogent moral argument that canceling “Roseanne” was the “right thing” while canceling “Full Frontal” would not be, especially given the crisis of growing incivility in U.S. society. Incivility is just as offensive, harmful and inexcusable whether it comes from the left or the right, and whether it is based on racism or sexism.

The stars of both shows made comments so far over the line that you could not look back from where they went with high-powered binoculars and still see where the line even is. They both said the right things in their respective apologies, but both deserve to be held accountable for their horribly offensive comments.

Bee has already lost sponsors for her show. On Thursday both State Farm and Autotrader announced they were suspending advertising on “Full Frontal.” State Farm said in a statement: “We constantly review programs to ensure alignment to our programming guidelines and brand values.”

Time Warner and TBS should do more to “ensure alignment” between their program content and their own professed values.

In his message at the front of the Time Warner Standards of Conduct, Chairman and CEO Jeff Bewkes says: “Each one of us is responsible for protecting the company’s reputation.”

It means little to say each employee is responsible for preserving the company’s reputation if there are no serious consequences for harming that reputation.

Time Warner admits its Standards of Conduct are “not a substitute for good judgment” and suggests when in doubt to ask questions including: “does it feel right?” and “how would the person I respect the most view this decision?”

It is hard to imagine a decent person asking such questions and then deciding that broadcasting one of the vilest words possible to describe any woman was still a good idea.

The Time Warner 2016 corporate social responsibility report includes the aspiration that the company’s original content “helps to deepen the conversation on issues that matter in society.” Bee had the opportunity to do that with respect to the pressing immigration issue. Criticizing President Trump or Ivanka Trump is fine, if Bee believes such criticism is needed, but why do it with a sexist slur?

Instead of helping to shed light on an important social issue in an informative and entertaining way, Bee made her own crude comment the focus of attention. And that is a story that deepens the concern, but not the conversation, about the issue of growing incivility in America.

Yet TBS has indicated it will do nothing beyond accepting Bee’s apology. In a statement Thursday, the company said: “Samantha Bee has taken the right action in apologizing for the vile and inappropriate language she used about Ivanka Trump last night. Those words should not have been aired. It was our mistake too, and we regret it.”

Those words of apology will mean little unless a full frontal assault on decency receives the full punishment it deserves. Samantha Bee needs to be held accountable for her vile attack on Ivanka Trump and slur on all women.

Joseph Holt is an ethics professor at the University of Notre Dame's Mendoza College of Business. Holt is a former Jesuit priest and corporate attorney.