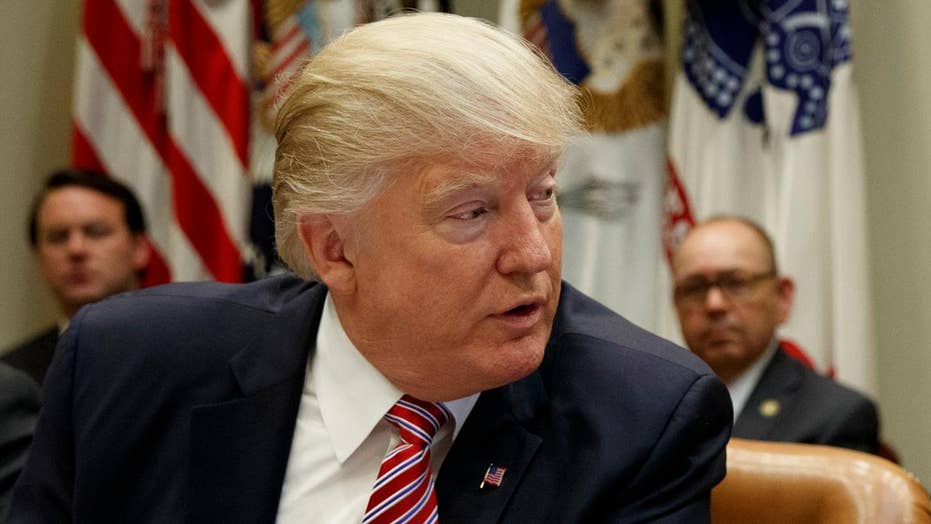 The administration is pushing for a bill aimed at taking on sanctuary cities and Kate's Law; Kevin Corke has the details for 'Special Report'

Editor's note: This piece was originally published in the Indianapolis Star.

Most Americans get it: We can’t continue to reward people who come to our country illegally, while those who work hard and play by the rules struggle to get ahead. What our tax and immigration policies need is a return to common sense.

Take our tax credit system. Right now, billions of dollars in refundable tax credits are being paid out to illegal immigrants. That’s because of a loophole in the Child Tax Credit program that allows this benefit to be claimed without a Social Security Number.

The cost of this broken policy has fallen squarely on the shoulders of the people it’s designed to help – hardworking American families. And the numbers are astounding.

A U.S. Treasury Inspector General report estimated that up to $7.1 billion was being paid out each year to illegal immigrants and individuals illegally claiming children through the Child Tax Credit. For context, that’s equivalent to the State of Indiana’s entire annual budget for K-12 education.

What’s worse, a local TV news investigation in Indiana found that illegal immigrants were claiming the credit for children and other relatives who didn’t even live in the United States, sometimes claiming up to 10 or 12 dependents at a time.

A U.S. Treasury Inspector General report estimated that up to $7.1 billion was being paid out each year to illegal immigrants and individuals illegally claiming children through the Child Tax Credit.

The Child Tax Credit is supposed to provide low- and middle-income Americans relief – up to $1,000 per child – to help support their families. But instead, billions in tax dollars are flying out the door, running up our debt and padding the pockets of those who game the system.

To close this senseless loophole and protect U.S. taxpayers, I filed legislation that would require individuals to have a Social Security Number that is valid for employment before they can claim the Child Tax Credit. This idea has gained the support of President Trump, and he included my proposal in his budget request to Congress.

But closing the Child Tax Credit loophole is just the start. There are countless other examples of broken and backwards policy at the federal level that have real-world consequences for Americans.

Passing broad tax and immigration reform in our country to fix these issues is long overdue, and Washington must deliver.

No less of a priority is taking action to build a wall, secure the border and pass meaningful immigration reform. It’s time for policies that reward law-abiding citizens and help our economy grow.

This work has already begun. The House of Representatives recently passed legislation to combat sanctuary city policies that shield criminal immigrants from federal immigration enforcement, as well as legislation to strengthen penalties for deported felons who return to our shores.

With a return to common sense, we can steer our country back to the rule of law and finally address illegal immigration in the United States.