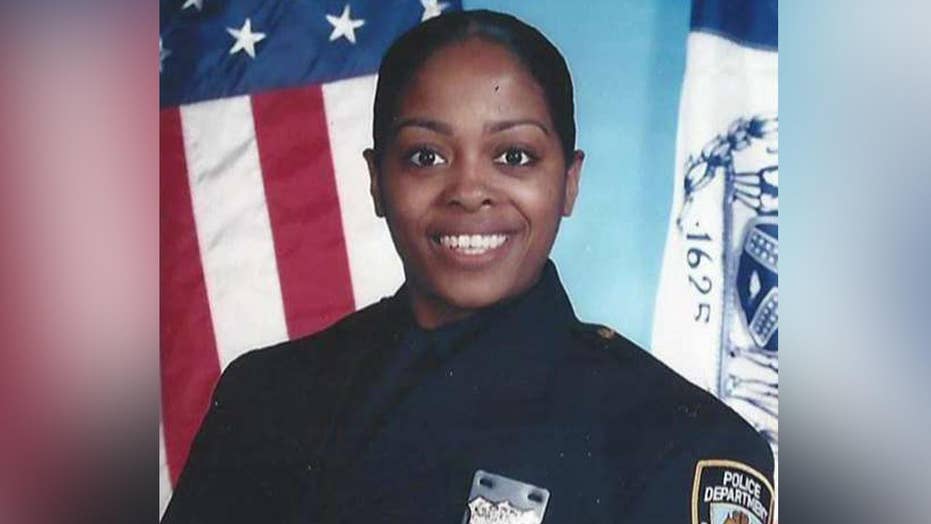 Officer Miosotis Familia, a mother of three and 12-year veteran of the New York Police Department, was ambushed and killed as she sat in her command vehicle last week. Familia never saw the assailant coming when he fired a shot through the passenger-side window striking her in the head.  She was “assassinated in an unprovoked attack,” James O’Neill, the city police commissioner said.

On Tuesday, a sea of blue uniforms mourned Officer Familia's senseless death in a ceremony at the World Changers Church in the Bronx. Officers from across the country traveled to the service, including representatives from at least 85 police departments. Quivering as he spoke, Commissioner O’Neill highlighted how Familia worked tirelessly to make the community “a better and safer place for everyone.”

Unfortunately, Officer Familia’s death is part of a disturbing spike in cop killings that continues today.

There have been 68 line-of-duty deaths so far this year, according to the National Law Enforcement Officers Memorial Fund.

Federal law already considers the murder of federal law enforcement officers an aggravating factor for capital punishment determinations. This bill extends the list of aggravating factors to include state and local police officers, firefighters, or other first responders.

The U.S. House passed my Thin Blue Line Act, H.R. 115, earlier this year making the murder or attempted murder of a police officer, firefighter or other first responder an “aggravating” factor in death penalty determinations. The Senate needs to get the bill to the president’s desk as quickly as possible.

Ambush-style killings of law enforcement officers last year skyrocketed 167 percent compared to 2015, according to the National Association of Police Organizations (NAPO). These attacks on our brave men and women in blue include the multiple murders of five officers in Dallas and three officers in Baton Rouge, Louisiana.

The Thin Blue Line Act is supported by key national police advocacy groups, including NAPO and the National Fraternal Order of Police. They are understandably also concerned about the rising rate of attacks on police and agree that the growing violence toward police has to stop.

My bill sends a strong message that the heinous targeting of police officers or first responders will not be tolerated.

I strongly believe that our communities owe a great debt to law enforcement and first responders. No first responders should be targeted solely because of the uniform they wear.

The Thin Blue Line Act applies whether the first responder is murdered on duty or targeted simply for being a firefighter, police officer or emergency medical technician. The bill specifically applies to crimes that fall under federal jurisdiction.

Federal law already considers the murder of federal law enforcement officers an aggravating factor for capital punishment determinations. This bill extends the list of aggravating factors to include state and local police officers, firefighters, or other first responders when a jury is considering the death penalty in a federal case.

Each year, I host congressional awards for first responders in southwest Florida to recognize the outstanding contributions to our communities made by these dedicated public servants. Honoring these men and women is among the highlights of my year. These are mothers, fathers, sons and daughters who put their lives on the line to help their neighbors.

Our first responders don’t hide or waver in their commitment to public safety. Like Familia, these individuals run toward danger and take swift action to make our towns, communities and cities a safer place for kids to grow and families to prosper. These men and women in uniform make our lives safer and we’re lucky to have them.

Now we need to have their back.