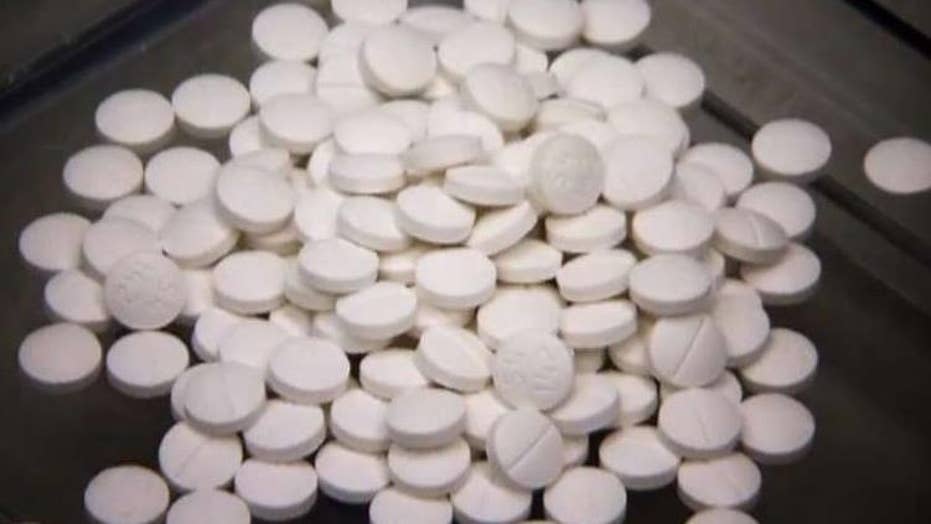 Geraldo Rivera joined a task force of the DEA, the Tennessee Bureau of Investigation and local authorities during a federal drug investigation of pharmacies in Tennessee.

The legacy media’s ongoing obsession with President Trump as they work to destroy his presidency has a side benefit for those who want a return of the establishment status quo: There isn’t much coverage of a new Centers for Disease Control and Prevention report. The Washington Times headline said it all, “CDC: 72,000 died from drug overdoses in 2017, 42,000 from opioids.”

Think about that: 72,000 Americans dead, in one year, due to overdoses.

“The death toll is higher than the peak yearly death totals from HIV, car crashes, or gun deaths,” reported The New York Times. “Analysts pointed to two major reasons for the increase: A growing number of Americans are using opioids, and drugs are becoming more deadly …” noted the newspaper.

Many things contribute to drug abuse, but there is one big factor our reliably liberal legacy media ignore: The disaster of ObamaCare and its destruction of our health care infrastructure. We know it made actual health care unaffordable, and then was combined with an economy that further destroyed the options of millions of under- and unemployed Americans.

We then had a president determined to convince the American public that doctors couldn’t be trusted and that a pill could solve your problems. Because when the government is paying for your health care, they need to redefine what “care” really means.

Consider the focus of newly elected President Barack Obama. In 2009, the first year of his first term, Obama began a public campaign to convince people that going to the doctor can be fraught with risk, and even dangerous. He argued on multiple occasions that doctors want to perform surgeries and cut things off just to make a buck.

”‘You come in and you’ve got a bad sore throat, or your child has a bad sore throat or has repeated sore throats,’ President Obama explained at Wednesday’s press conference. ‘The doctor may look at the reimbursement system and say to himself, ‘You know what? I make a lot more money if I take this kid’s tonsils out,’ ” the Wall Street Journal reported in June 2009.

He then immediately moved the argument to pill taking.

” ‘If there’s a blue pill and a red pill and the blue pill is half the price of the red pill and works just as well,’ he asked, ‘why not pay half price for the thing that’s going to make you well?’ ” the Journal reported.

In other words, why trust a doctor when you can take a pill? Besides, it’s less expensive. That’s the point and the irony — saving your life is the only time the government is suddenly interested in cutting costs. Why? Because it means more money for the system and its bureaucrats.

In August 2009, Obama doubled-down on the theme that doctors can’t be trusted and will cut off your foot for the money. At a health care forum in New Hampshire, the president said, “[L]et’s take the example of something like diabetes … if a family care physician works with his or her patient … monitors whether they’re taking their medications in a timely fashion, they might get reimbursed a pittance. But if that same diabetic ends up getting their foot amputated, that’s $30,000, $40,000, $50,000 — immediately the surgeon is reimbursed,” the Media Research Center reported.

The American College of Surgeons pushed back on the smears, stating, “We want to set the record straight. … He stated that a surgeon gets paid $50,000 for a leg amputation when, in fact, Medicare pays a surgeon between $740 and $1,140 for a leg amputation …” noted the ACS. “Three weeks ago, the President suggested that a surgeon’s decision to remove a child’s tonsils is based on the desire to make a lot of money. That remark was ill-informed and dangerous, and we were dismayed by this characterization of the work surgeons do. Surgeons make decisions about recommending operations based on what’s right for the patient,” continued the ACS.

Unfazed, Obama continued his mission to prepare the American people for no actual health care but the less expensive pharmaceutical option. And he became even more blunt.

During a televised health care town hall in 2009 at the White House, The Wall Street Journal reported comments by Obama, “After discussing ways ‘we as a culture and as a society [can start] to make better decisions within our own families and for ourselves,’ he continued that in general ‘at least we can let doctors know and your mom know that, you know what? Maybe this isn’t going to help. Maybe you’re better off not having the surgery, but taking the painkiller.’ “

A great deal of Trump’s time is taken with cleaning up Barack Obama’s and the Democrats’ deadly messes. The horrific report from the CDC of 72,000 overdose deaths last year remind us why Trump declared the opioid crisis a national health emergency.

The opioid crisis is, in part, the result of a nation that lost hope in its future and a bureaucracy that encouraged us into dependency. The good news is, Trump is delivering on his promise to make America great again, and solving the opioid crisis will be part of that continuing success.