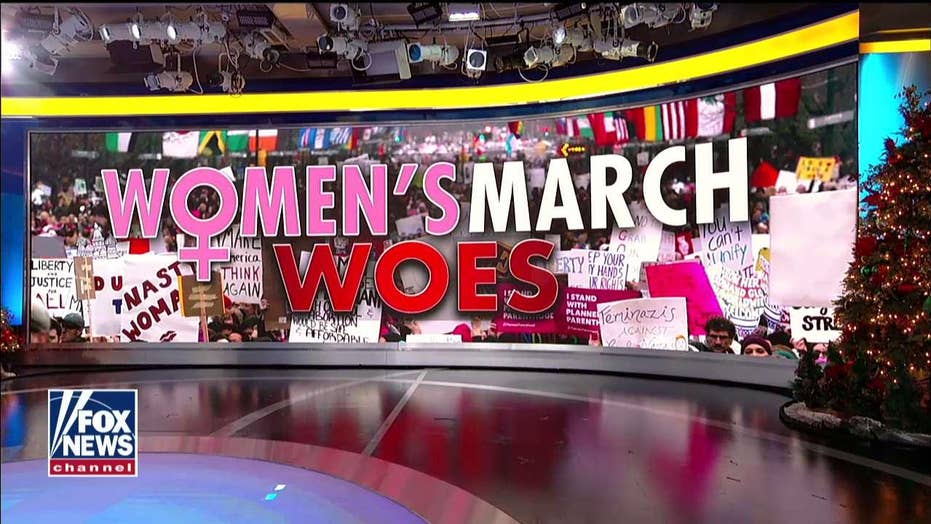 For outside observers, the slow-motion train wreck of the “Women’s March” movement is a fascinating turn of events. It began like all leftist disasters begin — the hijacking of an organic effort. The Women’s March, which still has a national and some local marches and rallies planned on Jan. 19, has become about identity politics, the antithesis of advancing women’s rights, and the impact is finally being felt.

The New Orleans effort has been canceled.

"‘Many of the sister marches have asked the leaders of Women’s March Inc. to resign but as of today, they have yet to do so,’ [the organizers said in a statement]. ‘The controversy is dampening efforts of sister marches to fundraise, enlist involvement, find sponsors, and attendee numbers have drastically declined this year. New Orleans is no exception,’ ” The Washington Times reported.

More indicative of the cannibalistic nature of identity politics, Eureka, California, march organizers canceled over concerns that the march would be “overwhelmingly white.” Fox News reported, “In a news release, organizers for the march in Eureka … said Friday the ‘decision was made after many conversations between local social-change organizers and supporters of the march. … Up to this point, the participants have been overwhelmingly white, lacking representation from several perspectives in our community,’” the news release continued.

In December, a Washington state chapter disbanded itself entirely in protest over what they say is the national organization’s anti-Semitism.

Most recently, the Chicago branch canceled its event after hosting 300,000 protesters last January, citing costs and a lack of volunteers.

The rejection of this behavior is bad news for the charlatans who co-opted the movement but good news for Americans in general, and women in particular.

Originally started by a woman on Facebook who was upset by the result of the 2016 election, it resulted in the January 2017 march in Washington, D.C., with liberals using President Trump as a proxy for every man who had gotten away with horrible things.

The Women’s March, like the liberal establishment itself, has completed its transition to a medieval religion; those who are unacceptable due to race, religion or wrong-thought, are heretics.

The risible rantings of Ashley Judd, Madonna and other female celebrities against Mr. Trump made much more sense once the Harvey Weinstein debacle was exposed. They couldn’t, or wouldn’t, stop Mr. Weinstein so Mr. Trump became their stand-in.

Starting a movement with a subconscious fraud doesn’t bode well for its future and leaves it ripe for the picking of bad actors.

Like clockwork, leftist activists appropriated the effort, twisting it into a battle-ax for social justice. Gone was any semblance of a genuine commitment to advocating for women, as leftists consumed the movement with race-baiting, homophobia, Jew-hatred and misandry. Women who happened to be Jewish, or pro-life, or in some other fashion deemed unacceptable, were rejected or banned.

The Women’s March, like the liberal establishment itself, has completed its transition to a medieval religion; those who are unacceptable due to race, religion or wrong-thought, are heretics. 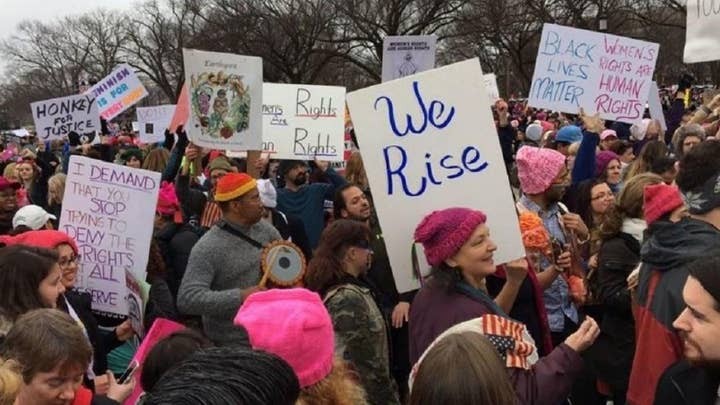 Then the unraveling began. The original founder called on the current national leadership to resign over accusations they are pushing racists and anti-Semitic views.

In other words, the organizing tactics used by the left in every community and country they’ve destroyed from within. Some might think that’s an unintended consequence of stupid, divisive ideas. Or it could be exactly the point. The left thrives on chaos and division and, strangely enough, it’s exactly what they promulgate.

Independent Women’s Voice (an organization of which I am president) is building a campaign and holding a counter-event on Jan. 19 in Washington, D.C.

The organization noted, “IW is building awareness before the Women’s March that this is not a mainstream event for ‘women’ but rather a march representing a radical leftist agenda. IW will have a presence at the March to contrast the divisive rhetoric of the Marchers with those who celebrate women’s achievements and see America — and greater freedom and opportunity — as holding tremendous promise for American women.”

Americans naturally come together on the issues to help make a difference. For women, the issues that impact and make us all sisters transcend race, ethnicity, age, social status and sexual identity. It is about economic freedom, personal freedom, education, health care, child care, ending sexual violence, etc. There are a multitude of issues that all women face and on which action must be taken.

Instead, the Women’s March, serving as a hallmark of today’s liberal establishment, works to divide women against each other, and even against the men in their lives.

In the end, this is a huge lesson about the nature of the left and the deliberately destructive nature of identity politics. The left thrives on chaos, and that’s what they’ve got.