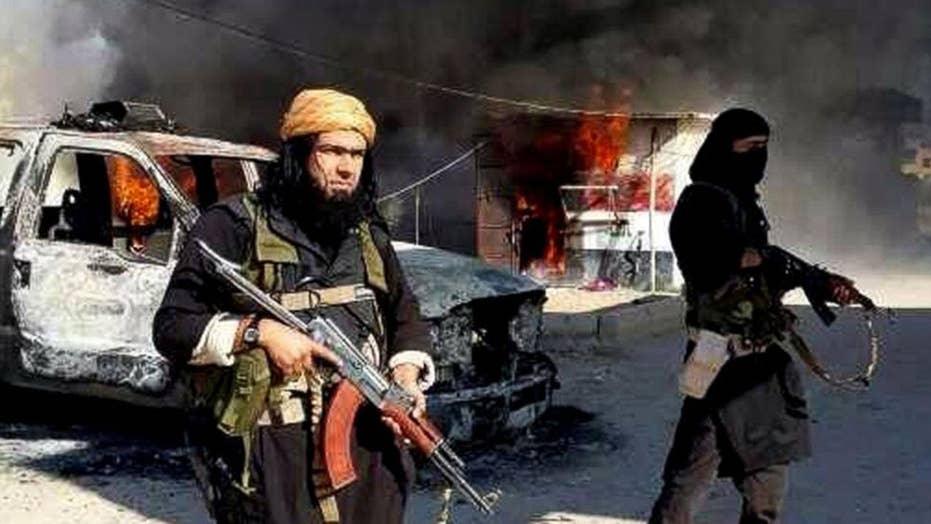 You know journalism is in a sorry state when a New York Times columnist makes news simply by admitting the truth that President Trump’s leadership crushed ISIS.

Ross Douthat, a columnist at The New York Times, is being praised far and wide for noticing one of Mr. Trump’s many victories. Defeating ISIS is not insignificant, but you would barely know it happened if you rely on the legacy media. An even more self-defeating liberal effort is to convince their base that major presidential accomplishments are meaningless.

As a conservative columnist at The Times, Mr. Douthat’s approach was similar to that of many previous Trumpskeptics — he peppered his commentary with a variety of reasons he thinks Mr. Trump is still an oafish boor. Sure, he defeated ISIS and the media ignored it, but it’s Mr. Trump’s fault. He’s a scandalous, controversial president, and if he was just more normal, then the media wouldn’t be so distracted.

In his column, Mr. Douthat sets a tone at the start so no one should mistake his eventual admission as recognition of Mr. Trump’s masterful foreign policy approach. He starts by blaming the president for media malpractice:

“There is nothing more characteristic of the Trump era, with its fire hose of misinformation, scandal and hyperbole, than that America and its allies recently managed to win a war that just two years ago consumed headlines and dominated political debate and helped Donald Trump himself get elected president — and somehow nobody seemed to notice.”

Mr. Douthat notes, “[I]f you had told me in late 2016 that almost a year into the Trump era the caliphate would be all-but-beaten without something far worse happening in the Middle East, I would have been surprised and gratified. … So very provisionally, credit belongs where it’s due — to our soldiers and diplomats, yes, but to our president as well.”

Finally, halfway through a piece that blames the president and even suggests the success against ISIS was started by former president now political gadfly Barack “Jayvee Team” Obama, we get the admission about why media doesn’t report on Mr. Trump’s successes:

“But this is also a press failure, a case where the media is not adequately reporting an important success because it does not fit into the narrative of Trumpian disaster in which our journalistic entities are all invested. I include myself in this indictment.”

After admitting “our journalistic entities” are “invested” in the Trump disaster “narrative,” Mr. Douthat didn’t notice the irony of his column, which tries to reinforce that very narrative in a remarkable display of cognitive dissonance.

On one hand he feels compelled to admit media reports only what it sees through its Hillary-colored glasses, and in the same breath begs the question by delivering the tired and usual media indictment of how the president is a bumbling court jester who stole the throne. Moreover, Mr. Trump is a scandal machine, forcing the media to miss all the real, important news.

Somehow missed is the fact that Trump Derangement Syndrome has driven many reporters and so-called journalists to see what they want to see; and if a story that makes the president look bad doesn’t exist, they will make one up.

While Mr. Trump was crushing ISIS by allowing our military to do their job, the media’s obsession with fake “Trump narrative” news prevailed. Viewers of legacy news were drowning in false stories such as former FBI Director James B. Comey preparing to tell Congress Mr. Trump was under investigation, and a CNN story that Anthony Scaramucci was under investigation for Russia ties. That little, contrived gem led to the resignation of three journalists.

Mr. Trump didn’t create these, or so many other “controversies” — the media itself did.

Earlier this month, David Harsanyi at the Federalist provided a reminder of what else the media’s “Trump narrative” created while the president was getting this nation back on her feet:

“This week alone, four big scoops were run by major news organizations — written by top reporters and presumably churned through layers of scrupulous editing — that turned out to be completely wrong: Reuters, Bloomberg, The Wall Street Journal, and others reported that the special counsel’s office had subpoenaed Donald Trump’s records from Deutsche Bank. They weren’t,” Mr. Harsanyi reported.

“ABC reported that Trump had directed Michael Flynn to make contact with Russian officials before the election. He didn’t (as far as we know). The New York Times ran a story that showed K.T. McFarland had acknowledged collusion. She didn’t. Then CNN topped off the week by falsely reporting that the Trump campaign had been offered access to hacked Democratic National Committee emails before they were published,” he noted.

What was actually happening? In addition to ISIS being crushed, a small sampling of the president’s accomplishment include the economy continuing to soar, 70 record stock market closes, 2.2 million new jobs since the election, the Hispanic unemployment rate dropping to a historic low 4.7 percent, tax cuts and the start of tax reform, and the slashing of job-killing and freedom suppressing regulations.

Mr. Trump doesn’t “cause controversies,” the media does. Another Trump accomplishment? Exposing how far a corrupt media will go in an attempt to nullify an election. The good news is Mr. Trump, and his entire family, survived a year of media malpractice meant to destroy them. But that doesn’t need to be reported, we already know.