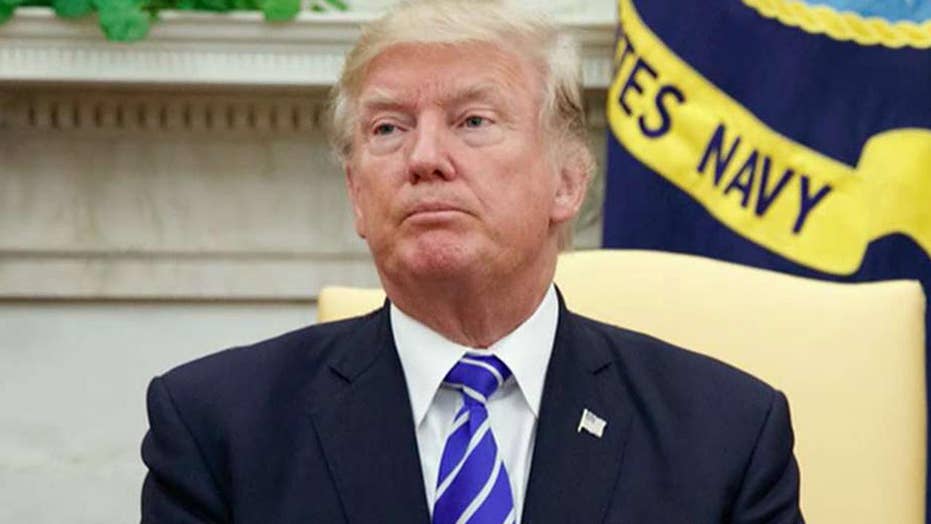 How Trump's SOTU can unify politicians and the public

Over the weekend President Trump told Piers Morgan he's not a feminist.  “No, I wouldn't say I'm a feminist. I mean, I think that would be, maybe, going too far. I'm for women, I'm for men, I’m for everyone.”

How utterly refreshing to have a president who not only rejects the feminist label but who implies that feminism is a divisive movement that has little regard for men.

Barack Obama, our former president proudly declared himself a feminist.

How utterly refreshing to have a president who not only rejects the feminist label but who implies that feminism is a divisive movement that has little regard for men.

George W. Bush didn't say anything one way or the other, but like all presidents he had to contend with the pressures of the feminist elite. The feminist elite—who reside in Hollywood, in publishing, on campuses, in politics and in the media—have a lot of clout, and they stop at nothing to get what they want.

That means when a Democrat is in office, feminists are on fire. Obama, for instance, made a powerful ally. But when a Republican is in office, the pressure to conform to feminist edicts is intense. And most presidents cave.

That's what makes President Trump a breath of fresh air. Clearly, he knows feminism has nothing to do with equality between the sexes.

Clearly, he knows feminists sell the notion that American women are victims—of both men and society. This message is fierce and powerful, and it is sold to Americans every day via newspapers and magazines, and via our television, movie and computer screens. It doesn't matter what the topic is—sex, work, marriage or parenthood—the result is always the same: women are oppressed. And men are the oppressors.

“Women’s magazines, a nearly $7 billion-a-year business, are based on telling women their lives are too tough for them to handle and they should feel very sorry for themselves. This distorted vision of your life is absolutely crazy," writes Myrna Blyth in her book, “Spin Sisters.”

Indeed, and it's no different with film and television. The feminist elite want Americans to believe women are screwed left, right and center.

So I, for one, am grateful to have a president who knows that oppression and victimhood, along with an anti-male, anti-marriage agenda, are the underpinnings of modern feminism. It means that unlike past presidents, Democratic and Republican, Trump will not cave to feminist demands.

Naturally, the left will seize on Trump's disassociation with feminism; but he won't be deterred. The one thing that makes this president unlike any other is his refusal to be bullied. And that's precisely what feminists are: bullies.

This column was first published in the author's newsletter. Click here for more.