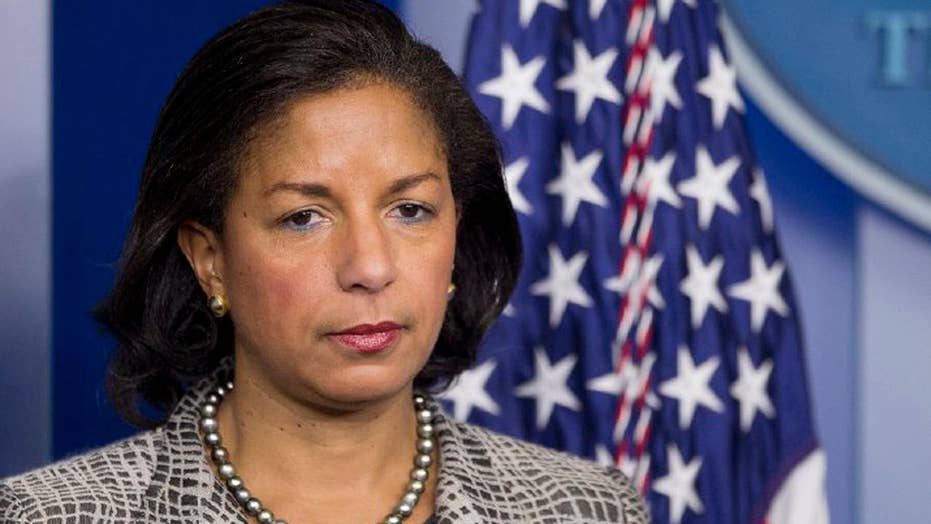 Some outlets defend her in 'unmasking'

Susan Rice is a liar and that’s the truth. What’s amazing is that it has taken years for the major media to admit it, despite epic evidence. Even journalists have a breaking point -- in this case, false statements about deadly chemical weapons.

Rice’s lies have angered conservatives for years. Medal of Honor recipient Dakota Meyer nicknamed the former national security adviser the “liar in chief,” according to The Blaze.

Rice’s willingness to misrepresent what happened during the Benghazi attack was so amazing, that she repeated it on five separate Sunday morning news talk shows. It was a lie that might make Pinocchio proud. But it took her lies about Syria to do just that.

The Washington Post gave Rice four Pinocchios (out of four) in the paper’s liars scoreboard for bogus claims about removing Syria’s chemical weapons. The Post criticized her for comments she made during a Jan. 16, NPR interview. It looks bad for Rice that a paper so blatantly anti-Trump as the Post would criticize her for such willful deceit.

The paper’s Fact Checker called Rice’s statement “problematic” before spending 1,400 words proving she lied. “She did not explain that Syria’s declaration was believed to be incomplete and thus was not fully verified — and that the Syrian government still attacked citizens with chemical weapons not covered by the 2013 agreement. That tipped her wordsmithing toward a Four,” wrote Glenn Kessler.

The Times’ Peter Baker showed how nuanced Rice was trying to be to make that explanation. “Publicly, Mr. Obama’s advisers sometimes referred to ‘known’ or ‘declared’ stockpiles to qualify their claims, and sometimes did not. But from the start of the deal, there were discrepancies in Mr. Assad’s weapons declarations.” That’s terrifying, given Rice’s involvement in the Iran nuclear deal which relies on similar reporting by a terror state.

Baker then detailed the times that Syria had used chemical weapons against its own citizens -- after the Obama administration said they were 100 percent gone.

Rice’s involvement in lies is nothing new. She’s been caught up in the Benghazi scandal from the beginning. She went on "Face the Nation," falsely claiming, “We do not have information at present that leads us to conclude that this was premeditated or preplanned.”

“The way in which most Americans have heard the story of the Iran deal presented — that the Obama administration began seriously engaging with Iranian officials in 2013 in order to take advantage of a new political reality in Iran, which came about because of elections that brought moderates to power in that country — was largely manufactured for the purpose for selling the deal. Even where the particulars of that story are true, the implications that readers and viewers are encouraged to take away from those particulars are often misleading or false.”

Her response was classic Rice -- more denials. “There was nothing hidden. There was no effort to or reality of misleading,” said Rice, according to the Daily Caller. “There is nothing that Ben or the president or I or anybody who was involved in explaining the Iran deal to the American public said that wasn’t factually correct. The notion that there was any ball to hide or spin to put on it, I think, is really misguided.”