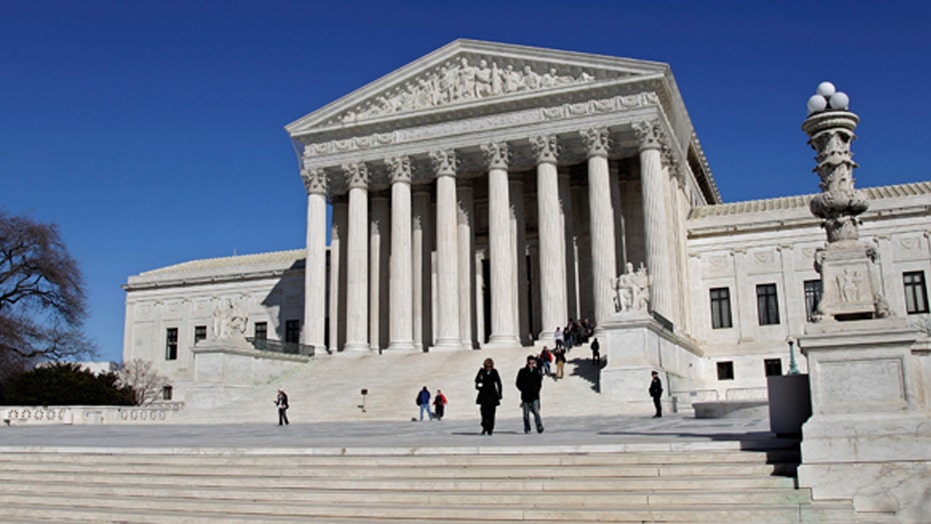 Preview of major cases on docket for the new SCOTUS term

Appointing justices to the Supreme Court is a president’s most lasting legacy, and the next president may appoint as many as three new justices. Each year these justices will rule on the nation's most important issues, which this term range from the forced payment of union dues to racial preferences and the death penalty.

The Court's fall term begins on October 5 -- the first Monday in October. It's no surprise then that the issue of judicial nominations came up at both Republican presidential debates. It was clear that conservatives have learned from the mistakes of prior Republican Supreme Court nominations.

During the CNN debate journalist Dana Bash got right to the point and asked former Florida Gov. Jeb Bush whether Chief Justice John G. Roberts – who twice voted to uphold ObamaCare – should have been nominated to the Supreme Court. Bush nailed it, arguing that Supreme Court nominees should be have a “proven” “record of respect for upholding the Constitution,” that the president needs to be “willing to fight” for nominees, and that repudiated the strategy of duck-and-cover applied in some previous Republican nominations should go the way of the dodo.

Bash then turned to Texas Sen. Ted Cruz, whose answer was likewise right on target. Describing his prior support for Roberts’ nomination as “a mistake,” Cruz repudiated the commonplace political impulse to avoid a fight by choosing justices who don’t have a long paper trail.

What conservatives often call The Souter Problem – the tendency of Republican-appointed judges to veer to the left after appointment – is ultimately rooted in a president’s decision to prioritize other characteristics over a proven record of adherence to the Constitution and traditional legal principles.

Unfortunately, not all candidates have learned from history. Several weeks ago, businessman, reality television star and Republican frontrunner Donald Trump was asked about what he would look for in potential Supreme Court nominees.

Trump’s answer? “I would say very smart, great levels of intelligence, great temperament, temperament is very important. Believe it or not, I have a good temperament.”

Set aside the solipsism for the moment: Donald Trump has claimed to dislike Chief Justice John Roberts because he wrote the Supreme Court’s pro-ObamaCare opinion in King v. Burwell, but Trump’s ideal nominee sounds an awful lot like Chief Justice Roberts.

It’s no surprise that a candidate who makes his own flamboyant personality the centerpiece of a presidential campaign would stumble into this line of thinking. Judging is more than a test of personality; it’s about judicial philosophy.

A good justice must be able to find the right answer, explain why it is right, resist pressure from ideologically hostile colleagues, and even persuade those colleagues to change their minds. Intelligence obviously helps with that, but what temperament giveth it can also taketh away.

What conservatives often call "The Souter Problem" – the tendency of Republican-appointed judges to veer to the left after their appointment – is ultimately rooted in a president’s decision to prioritize other characteristics over a proven record of adherence to the Constitution and traditional legal principles.

The only way to solve the problem is to choose nominees with a proven conservative judicial philosophy and then wage the political battles necessary to shepherd them through the confirmation process.

Anything less is surrender.