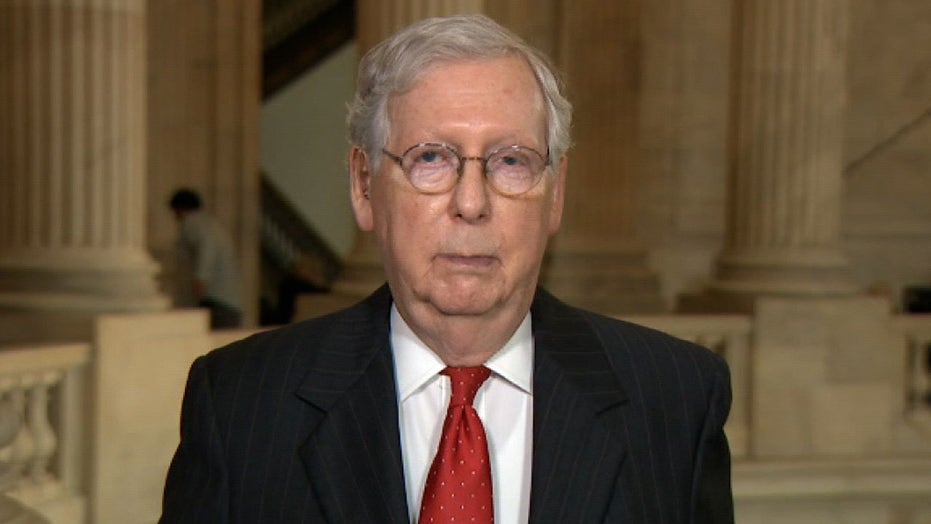 Conservative women are thrilled. President Trump’s commitment to nominate a conservative, constitutionalist woman to serve on the Supreme Court is a historic moment for America.

You want to talk about underrepresented voices? Conservative women have never been represented on our nation’s highest court. Even after the unexpected death of liberal judicial icon Justice Ruth Bader Ginsburg, there will still be two liberal female justices.

Justice Sandra Day O’Connor, the first woman to serve on the Supreme Court after she was appointed by President Ronald Reagan in 1981, was a Republican — but she was not a conservative.

We look forward to a justice who, like the women I represent as president and CEO of Concerned Women for America — the nation’s largest conservative public policy women’s organization — values our nation’s founding, faith, family, marriage and children, and recognizes the challenges surrounding these issues.

Women make up half the population in this country and about half of them are conservatives. It’s high time for our daughters to have a conservative role model on the high court.

A reporter cynically said to me recently, “I thought you all disliked identity politics,” after I expressed my enthusiasm at the rumors that the president might nominate Judge Amy Coney Barrett for a Supreme Court seat.

We do,” I replied, “we just happen to know that the women mentioned are exceptionally competent and qualified and at the very top of the legal profession right now. They also happen to be the best candidates for the job — they are eminently qualified to serve on the court.” You don’t have to love identity politics to love the women being considered.

Barrett, who reportedly heads up President Trump’s short list, was a law clerk for the late Justice Antonin Scalia and a Notre Dame Law School professor. She has been serving admirably on the 7th U.S. Circuit Court of Appeals. If she were a liberal, she would be hailed as a great choice. But she has one big concerning flaw, according to liberals. She is a Christian.

You read that right. It was appalling and insulting to hear the accusations at her nomination hearing for the 7th Circuit seat. Some may remember the charge by Sen. Dianne Feinstein, D-Calif., who told Barrett that “the dogma lives loudly within you.”

This unconstitutional religious bigotry is what passes as legitimate criticism against conservatives these days. We’ve been fighting it for years now. I stood strongly against it when it first flared up against Barrett, and I stand ready to do so again this time. These sort of attacks on people of faith are unacceptable in America.

This country was built on the fundamental idea of religious liberty and freedom of conscience. The Constitution prohibits a religious test for public office, and we have fought against those who’ve tried to impose one at different points in our history. Democrat John F. Kennedy experienced it in the 1960 presidential election, so it is especially shameful to see today’s radical Democrats stoop so low.

Barrett has not even been nominated to serve on the Supreme Court, but the attacks have already started. The concerted efforts to portray her as some sort of religious nut are so strong that the left-wing media will betray any and all journalistic standards. Newsweek was forced to issue a correction after doing everything it can to say a faith community Barrett is affiliated with is like “The Handmaid’s Tale.”

As others have pointed out before, those who claim to value diversity usually demand uniformity of thought. That helps explain why they will not celebrate a potential Justice Amy Coney Barrett or a Justice Barbara Lagoa. Judge Lagoa is a woman of Cuban descent who served as a justice of the Florida Supreme Court and now serves in the 11th U.S. Circuit Court of Appeals.

They are both stellar candidates. But they are not the right kind of women, so expect no celebration from the professional diversity promoters. All women are equal, but some women are more equal than others, as author George Orwell might say.