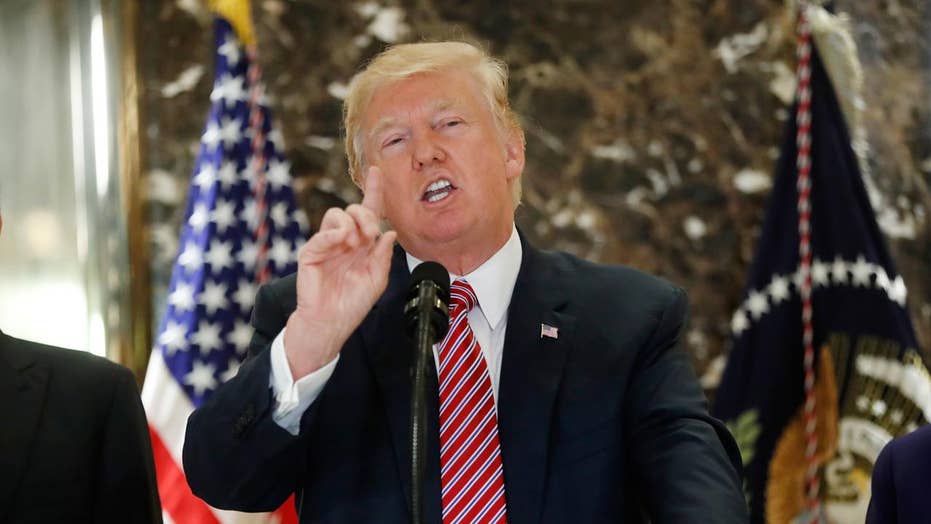 Trump’s style is getting in the way of agenda: Stuart Varney

FBN's Stuart Varney on whether President Trump's style and tone is getting in the way of his agenda.

We are seven months into this presidency. Will we ever get used to Donald Trump?

Probably not. His style and tone are completely different from any president we've seen before. It’s not just his use of Twitter. Obviously we've never seen a president communicate in 140 characters or less, at six in the morning, without any kind of filter. But he's also brash. Frequently vulgar and always combative.

Case in point: early Wednesday morning, he fired off a tweet attacking Amazon. Some CEO's are withdrawing their support for the president, so the president goes right after Jeff Bezos, founder of Amazon, and owner of the vigorously anti-Trump Washington Post. Classic counter-punch.

And look at his performance Tuesday. At an impromptu press conference, he was attacked over his Charlottesville statements. He pushed right back: it was a sight to see. The president of the United States, engaged in a shouting match with the media!

His supporters may love it, but this president's style and tone are getting in the way of his agenda. He needs Congress to pass pro-growth legislation. But many politicians are walking away from him. They believe association with Trump is toxic in next year's elections.

Let’s be clear: we knew what we were getting. The Trump campaign style left no doubts. But that style and tone are now hurting the agenda we voted for. It’s an impasse. The country will have a hard time getting used to this president, and it doesn't look like he'll change.