In 1997, I was lucky enough to get tickets to the Masters. That was the year Tiger won his first Masters. I remember it so well... Woods, in red for the final day, striding up the 18th fairway to claim the greatest prize in golf. It was the start of an incredible run.

Just a few years later, Tiger had fallen. First, it was personal problems that spilled out into full public view and he left the game for a year -- after an emotional public apology.

But he couldn't come back to the game because of injury. He had a bad back. That’s a serious problem for a world-class golfer. He had a brief come-back, but the back problem wouldn't go away, and he again withdrew.

As a last resort, he had a risky "fusion" surgery and it worked. Tiger had been given another shot at greatness. And he took it. Last month he won the Masters. 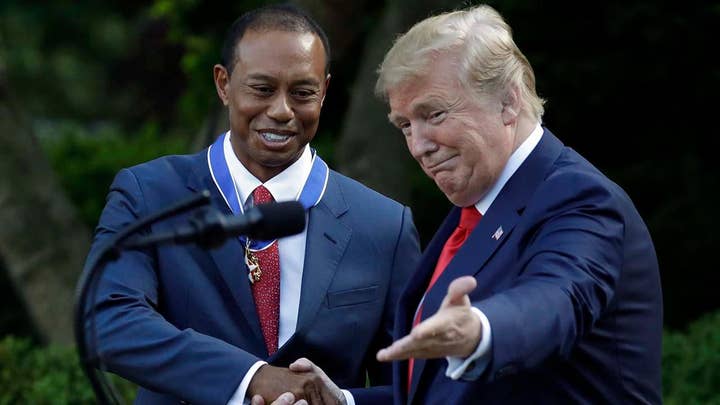 And Monday, in a special ceremony in the White House Rose Garden, he was given the Presidential Medal of Freedom. Mr. Trump said Tiger was a "legend." And so he is.

My point is this: redemption is possible. Tiger Woods knows the depths. He's been there. But with guts, honesty, perseverance and a lot of talent, he came back. He was redeemed.

There is a lesson here about America. In this country, if you do the right thing, and you can come back. Redemption is possible.