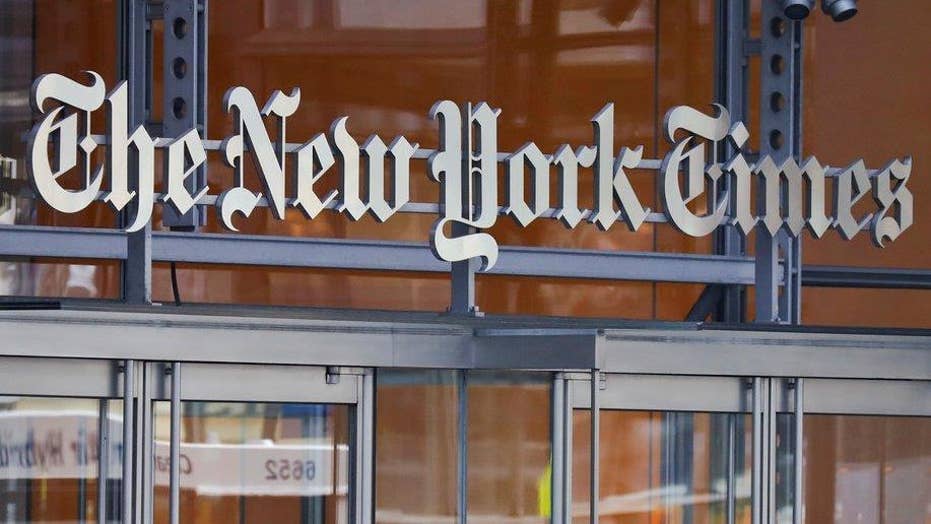 FBN's Stuart Varney with his take on the New York Times' coverage of President Trump.

At 3 o'clock this morning, yes, I do get up early,  I checked my phone. First thing, every day, I go through all the newspapers, and all the news websites.

There's one thing that often stands out to me, and this morning it jumped right off the page. The New York Times has become the opposition party. It’s primary purpose is not news. It is opinion. Negative opinion on President Trump.

Look at this headline: "Scientists Fear Trump Will Dismiss Climate Change Report.”’ This is a leak. Government scientists, Obama era people, who expect climate change to wreak havoc on America. The times reports their opinion.

Number Two: "Trump Likes When C.I.A. Chief Gets Political, but Officers Are Wary."  Another leak. Insiders at the CIA expressing opinion about the new chief, again undermining the new president.

Number Three: "Trump's Stalled Trade Agenda Leaves Industries in the Lurch" The Times makes a value judgement that trade policy is stalled. And selectively uses executives who support that opinion.

All this, of course, follows the article [from the Times] over the weekend suggesting Mike Pence was gearing up to oust President Trump at the next election. That amounted to malicious gossip, designed again to undermine the president.

In short, the Times has taken over the role of a political party. The Democrat party should be the opposition, offering their own opinions.

But they are leaderless and lack a coherent policy alternative.

So the Times jumps right in, strongly supported by the Washington Post, ABC, NBC, CBS, CNN, MSNBC, Newsweek and just about every other media outlet. It’s a long list. And that’s what you wake up to every day.

In my opinion, the media has become the propaganda machine for the coastal elites.

Let’s be clear. This, 'Varney & Company" is an opinion show. We support economic growth. We want America to succeed. We want prosperity to return.

And we don't think that undermining the president for clearly political purposes, is the proper job of the media.