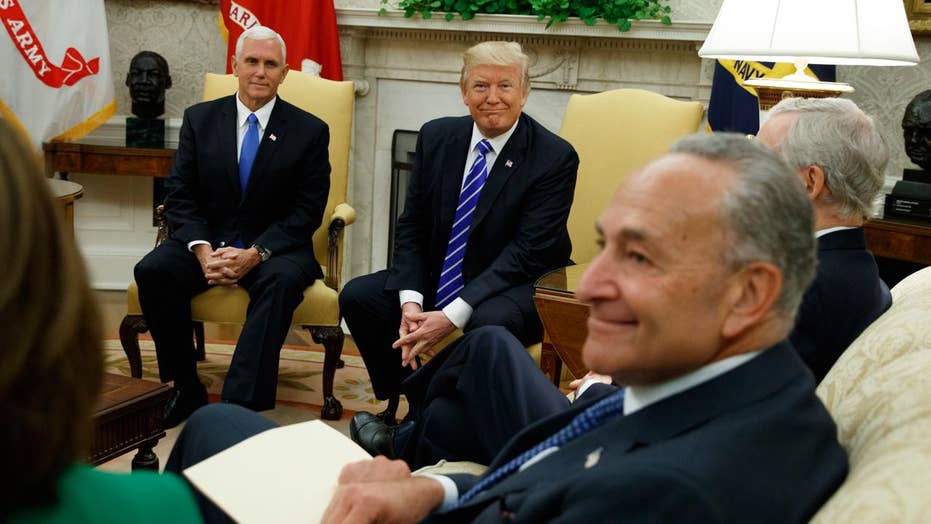 My, how times change and quickly.

You only have to go back a few weeks, and the Trump haters were triumphant. They thought he could get nothing done, and may not even complete his first term!

Harvey, Irma, and deals with Democrats, changed the political landscape dramatically. President Trump is now on a political up-swing.

He marshalled resources for Texas, and backed up the strong performance of governor Greg Abbot. The media sniped at Melania’s shoes. Pathetic.

He's marshalled resources for Florida, and backed up the strong performance of Governor Rick Scott. The media can't get to grips with the public displays of faith and the inspiring volunteer spirit. They lose. Trump is winning.

And don't forget the president's shocking deal with the Democrats over the debt and hurricane relief. That was a repudiation of Republican leaders: they couldn't get it done, so he turned to the Democrats who did.

Now he's courting moderate Democrats at a big White House dinner tonight, and then he sets off to thirteen states, barnstorming for tax cuts.

You are seeing a political realignment. The president is leading it. And he's gaining strength politically.

If it works, and he gets things done and the economy really starts to grow, watch out left and right. The center is about to have its day.

Adapted from Stuart Varney’s “My Take” on Thursday September 12, 2017.