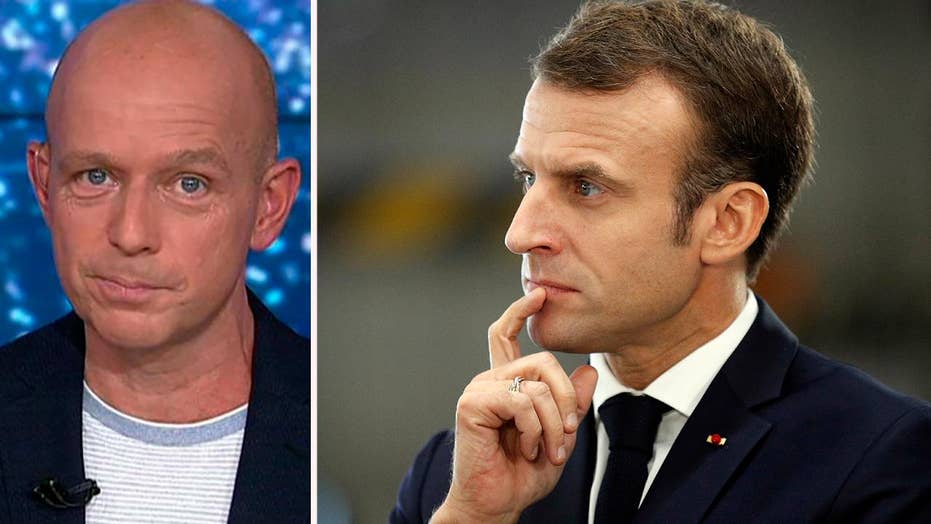 As President Trump attended the commemoration of the 100th anniversary of the end of the first World War, his host, French President Macron launched an extraordinarily direct political attack.

Here's what Donald Trump said a few weeks ago:

Who could Emmanuel Macron have meant when he said this today:

“Patriotism is the exact opposite of nationalism. Nationalism is a betrayal of patriotism by saying ‘our interests first, who cares about the others.’ We erase what a nation holds dearest, what gives it life, what makes it grace, and what is essential – its moral values.“

OK, so let's take his words at face value. He said, "patriotism is the exact opposite of nationalism."

Is it? I looked it up on Google. The definition of nationalism is "patriotic feeling, principles or efforts." The first synonym, that means the same meaning as, not the opposite, listed for nationalism is literally "patriotism"

And that's according to the globalists at Google!

But let's go beyond semantics. Let's take his argument, such as it is seriously

The president of France is saying it's wrong to put your own country's interests first. He thinks something else -- perhaps the European interest or the global interest should come first.

But who decides what that is?

Where does its legitimacy come from?

How is it accountable, and to whom?

What is Macron's mandate, exactly, for privileging the European or the global over the national? He was elected with French votes, not global votes. --

Just like President Trump was elected with American votes. At least he seems to understand that and understand who he's accountable to.

Macron's attack on President Trump was highly revealing. It lays bare the astonishing arrogance of the globalist ruling class who think it's their moral duty to ignore democracy and instead run the world according to whatever makes life easier for the rootless and heartless global corporations that Macron and his gang of Davos elitists cravenly serve.

And they have the nerve to lecture President Trump about morality!

One last point on all this.

"Some leaders, like George Washington, James Madison, and Alexander Hamilton, wanted the United States to be a strong nation with a solid central government on that would oversee all the states. These leaders were called nationalists"

So Alexander Hamilton was a nationalist!  Perhaps that might convince the elites that there really is nothing wrong with putting your country first, in fact, it's the only truly democratic thing to do.

Adapted from Steve Hilton's monologue on "The Next Revolution" on November 11, 2018.