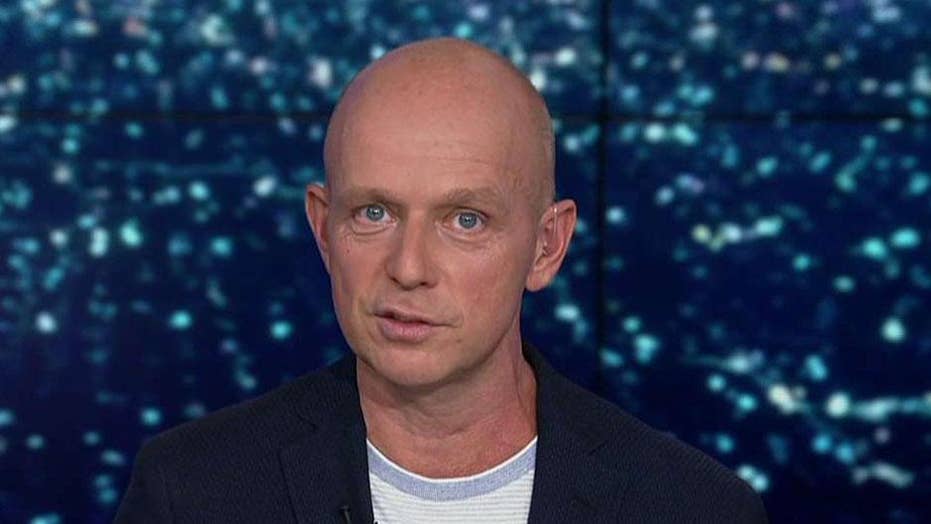 Hilton: Trump’s record is head and shoulders above the rest

Something caught my eye this past week. It was an official meeting in Europe of the Paris Climate Accord process, which, of course, President Trump pulled America out of. When a U.S. representative took the stage to explain our position, he was jeered and laughed at - loudly.

How very strange. You know how climate change activists never stop going on about believing in the science and how facts matter. Then why aren't they cheering the United States, instead of jeering?

It turns out energy deregulation does more to fight climate change than going to conferences. I guess you might call that an “inconvenient truth." This one's pretty inconvenient if you're the kind of person that goes around saying Trump is a fake populist, that he's not doing anything to help the forgotten men and women in this country.

"All he had time for was celebrities, and now suddenly he's acting like he's a populist out there," former President Obama once said. "'Man, I'm going to fight for working people.' ... Come on, man!"

And former Vice President Joe Biden said the following at the Democartic National Convention in 2016: "He’s trying to tell us he cares about the middle class. Give me a break! That’s a bunch of malarkey!”

Look, America's poverty rate was lower in President Trump’s first year than at any point in the Obama administration.

Okay. Whatever, you Trump haters are probably saying. But of course the middle class was screwed by the Trump tax cuts that only helped the rich, right?

Oh wait. The Trump tax cuts doubled the standard deduction to $12,000 for individuals and $24,000 for families. That's a huge change that takes millions of Americans out of federal income tax altogether and has effectively increased incomes for middle class families across the country.

What else helps the middle class? Jobs. But of course that "idiot" Trump couldn’t create them.

Yeah, Trump, what magic wand do you have? I don’t know, maybe just better economic policy. The kind that results in the lowest unemployment rate since 1969. And the lowest African-American unemployment ever.

Also, wasn't Trump going to crash the economy? Hillary Clinton thought so, telling an audience, "Economists - left, right, and center - all agree: Donald Trump will drive America back into recession."

Left, right and center, inconvenient truth, Hillary. Even the New York times just gave Trump credit for the fact that the U.S. economy is on track for its “best annual performance since 2005.”

Alright, whatever. Jobs and growth ... but Trump still isn't delivering his promises to working people. I mean, after decades of stagnation, incomes are still flat, aren't they?

“A key thing we’ve been looking at for quite a while that doesn’t seem to be moving much are wages," CBS correspondent Anthony Mason said on-air.

Oh dear. That turns out not be true any more. Wages have risen all the way through the last two years and were up 3.1 percent in the last quarter – the highest level in a decade.

Fine. But it's all going to be ruined, isn't it, by Trump's crazy trade war with China? In fact, the elitists seem to hate Trump so much, they even took China's side. Remember how they thrilled to the brutal autocrat Xi Jinping at Davos last year? They just lapped up his speech on the virtues of globalization. The president of the EU-owned European Investment Bank said, "In these times of a lack of leadership, particularly in Europe, it was quite impressive."

Oooh President Xi! You're quite impressive!

What's actually happening is that President Trump's pressure is working. China is on the back foot, making trade concessions, and now pledging to drop its "Made in China 2025" program, which was Xi Jinping's grand plan to achieve world domination in the industries of the future.

We'll see if they mean it. But even the fact that they're saying it is a major victory for that "idiot" Trump, who obviously doesn't know what he's doing. Just like with North Korea, remember?

It was outgoing President Obama who told President-elect Donald Trump that North Korea would be his number one problem. Trump actually listened to him, did something about it, and turned our relationship around in a way that has made the world incomparably safer.

We'll never persuade the Trump haters on the left and the right to change their feelings about the president. They just can't stand him.

And then, just this past week, we saw incredibly important substantive progress from this administration. Major criminal justice reform, led by Jared Kushner, is now looking good for passage in the Senate. A major new effort to revitalize urban America and rebuild low-income neighborhoods is being led by Ben Carson. And there's a highly significant new strategy from John Bolton to fight China's attempted colonization of Africa.

On top of that, America last week became a net oil exporter for the first time in 75 years, enabling us to reduce the global influence of dodgy regimes in the Middle East and elsewhere.

Yeah, but he's still an idiot, though. isn't he? He's still Trump.

Look, the point here is this: We'll never persuade the Trump haters on the left and the right to change their feelings about the president. They just can't stand him. And more than anything, it's aesthetic. They find him vulgar ... not to their taste.

Fine. But could you just focus on the facts? Could you just acknowledge - even for a day or so over Christmas - that on the facts, on policy, on the substance, that this is, so far, a pretty successful presidency?

Adapted from Steve Hilton's monologue from "The Next Revolution" on December 16, 2018.


Steve Hilton is host of "The Next Revolution with Steve Hilton" on Fox News Channel at 9pm ET Sundays and author of the book "Positive Populism: Revolutionary Ideas to Rebuild Economic Security, Family and Community in America." Follow him on Twitter @SteveHiltonx.