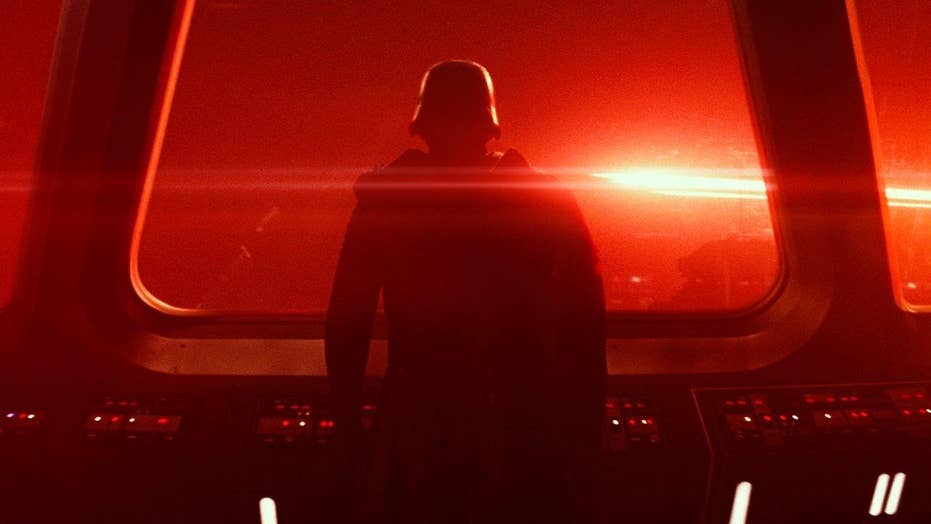 Michael Tammero takes you in the Foxlight

I’ve had lots of great teachers in my life. My mom and dad. Dr. Smith, who wore those strange, fuzzy ties in history class. Oh, and of course, George Lucas.

Think I’m kidding? As Yoda would say, “Kid, I do not.” "Star Wars" (that’d be "Star Wars: Episode IV - A New Hope" for those who grew up with Jar Jar Binks) came out when I was 8 years old—an age at which the brain seems at maximum absorbage power—and from the instant I saw those yellow words scroll across the screen, my life changed. I learned something from that first movie and from those that followed. And even though the "Star Wars" franchise has changed hands now—from Lucas to J.J. Abrams—many of those lessons are still in play. For instance:

1. Friends are important. At first, this probably seems self-evident. Of course friendship is important. We see that importance throughout Lucas’ original trilogy, wherein a handful of castoffs—Luke without a family, Han without a home, Leia without even a planet she can call her own—improbably find one another, and spend their free time hanging out and saving the galaxy. Dark Siders like the Emperor believe that friendship is a weakness: He tells Luke so directly. But, of course, Luke’s belief in his friends pays off in the end.

But the "Star Wars" movies also stress how important it is to make the right sort of friends. In "Episode III - Revenge of the Sith," Anakin Skywalker gets pretty chummy with Chancellor Palpatine—a bad move, really, all the way around.

2. Small folks can do big things. The Ewoks of Endor are the sentient plush toys of the "Star Wars" universe. This civilization of short, squat Pooh-bear beings is locked comfortably away in the Stone Age—hardly a threat to the Galactic Empire building its new, improved Death Star somewhere above the moon’s verdant surface. But the Stormtroopers stationed in the forests below soon find out differently: Helped by a handful of intrepid rebels, the Ewoks take down a shield generator and save the galaxy.

This theme—of the rich and powerful being taken down by the small and seemingly meek—we see over and over again in the "Star Wars" movies, from the Gungans in "Star Wars: Episode I - The Phantom Menace" to, really, the whole scrappy rebellion. Even when we feel weak and insignificant, we’re able to do pretty amazing things.

“Size matters not,” Yoda tells Luke in "Episode V - The Empire Strikes Back." “Look at me. Judge me by my size, do you? And well you should not.”

3. You gotta pick a side. In the evangelical subculture of which I’m a part, not everyone loves the "Star Wars" movies: Too much emphasis on this weird concept called the Force (midi-chlorians aside), they say. And I get that. But as spiritually squishy as the Force may be, the concept allows the "Star Wars" movies to embrace a really important truth: There’s good and evil in this universe, and it’s defined by something beyond ourselves.

When we see Luke and, in the prequels, Anakin, struggle between the light and dark side of the Force, their choice is not unlike the sorts of choices we face every day. We can choose, as Yoda tells Luke, the side of “anger, fear, aggression.” We can choose to cheat and lie, to look primarily to our own wants and desires. Or we can choose a better way. And the choices we make today will set the cadence to which we march tomorrow.

4. It’s never too late to do better. The prequels show how Anakin Skywalker succumbed to the Dark Side—changing from a cute little kid into a remorseless, monstrous cyborg. And for me growing up, Darth Vader was pretty much synonymous with evil. Even Darth Vader himself might agree.

“I feel the conflict within you,” Luke tells him. “Let go of your hate.”

“It is too late for me, son,” Vader says, with a tinge of regret.

But as the movie goes on, we see that even Vader—who spent most of his life doing terrible things for terrible reasons—has a chance at redemption.

There are elements of that in "The Force Awakens," too. Kylo Ren is Vader’s evil heir apparent. And he’d like nothing more than to follow in the Sith’s foul footsteps. But even he, perhaps, is not beyond salvation. “The First Order came from the Dark Side,” someone tells him early in the movie. “You did not.”

It’s a powerful lesson for me. For all of us. None of us came from the Dark Side, even though we all do dark things. We can always choose another path.

Paul Asay has been writing for Focus on the Family’s Plugged In entertainment review website since 2007. He loves superheroes and finding God in unexpected places. That’s why he wrote the book "God on the Streets of Gotham." In addition, Paul has written several other books, including his newest—"Burning Bush 2.0." When Paul’s not reviewing TV shows and movies for Plugged In, he hikes with his wife, Wendy, runs marathons with his now-grown kids. Follow him on Twitter @AsayPaul.