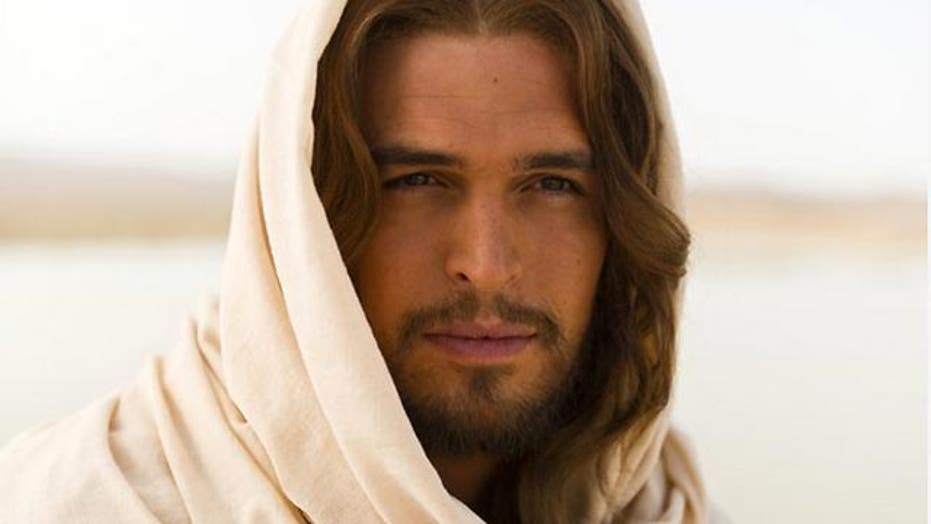 'Son of God' chronicles the life and death of Jesus Christ

When you make a movie about Jesus, you’re bound to learn a thing or two about miracles. And we certainly have in our years-long journey to bring "Son of God" to the big screen.

When the film opens nationwide Friday, an idea birthed over a casual cup of breakfast tea will have become Hollywood’s first major-studio release on the full ministry of Christ in two generations. And that’s not even the first thing that comes to our minds when we ponder the miracles that have gotten us to this moment.

Consider first that we live at a time when pundits routinely and often gleefully declare all things religious to be passé at best, dead or dying at worst. And yet, in just the last few weeks, about 500,000 tickets for "Son of God" have been purchased in advance – by churches, businesses and everyday citizens, to be shared in communities from San Diego to Oklahoma City to Virginia Beach.

In all our combined years in the entertainment industry, we’ve never seen anything like this kind of grass-roots support for a project. It is truly miraculous.

Why is this happening? We can assure you it has less to do with our talents as producers as it does with the spiritual hunger of the nation, and the quiet commitment of people of faith to spread the word about the life-changing love of Jesus to their friends and neighbors, not just English-speaking neighbors, either.

"Son of God" will be simultaneously released with Spanish audio and Korean subtitles. This commitment is so strong we’ve seen entire multiplexes bought out – every seat, every screen – an unheard-of phenomenon for a film that doesn’t have "Hunger Games" in its title or Harry Potter as its central character.

Rick Warren of Saddleback Church in Orange County, Calif., affectionately known as “America’s pastor,” is among those participating in the  movement and has purchased tickets to screenings prior to the weekend. “We’re excited Jesus is back on the big screen,” he explained, “and we’re going to fill the theaters. I want every other faith leader in America to do the same.”

In all our combined years in the entertainment industry, we’ve never seen anything like this kind of grass-roots support for a project. It is truly miraculous.

So, too, is the unprecedented depth and breadth of those who have endorsed the film. Pastors like Rick, as well as scholars and faith organizations, have graciously supported our effort to share this story of our Savior – though they belong to different denominations, adhere to varying theological doctrine, worship God in their own unique ways.

Bishop T.D. Jakes of The Potter’s House in Dallas said “the audience will be enthralled, encouraged and inspired.”

Joel Osteen of Lakewood Church in Houston called it “an epic work that touches the heart.”

The Catholic Archbishop of Los Angeles Jose Gomez says it’s “a very important movie because it gives us the opportunity to realize God’s presence in our own lives.”

This humbling praise hasn’t just come from Christians, either – but prominent Jewish leaders like Abraham Foxman, president of the Anti-Defamation League, who called "Son of God" “the most sensitive, caring depiction of the story of Jesus that I have ever seen or will ever see.”

Again, we know this is a testament not to us, but to Him. We do not have the ability to rally so many diverse people of faith to a single cause – but the subject of our movie does. He is, after all, a miracle-worker.

Mark Burnett is a multiple Emmy winner and producer of such hit shows as "Survivor," "The Voice," Celebrity Apprentice" and "Shark Tank." Mark Burnett and Roma Downey were married in 2007. Their production company is LightWorkers Media which produced "The Bible" and the feature film "Son of God."