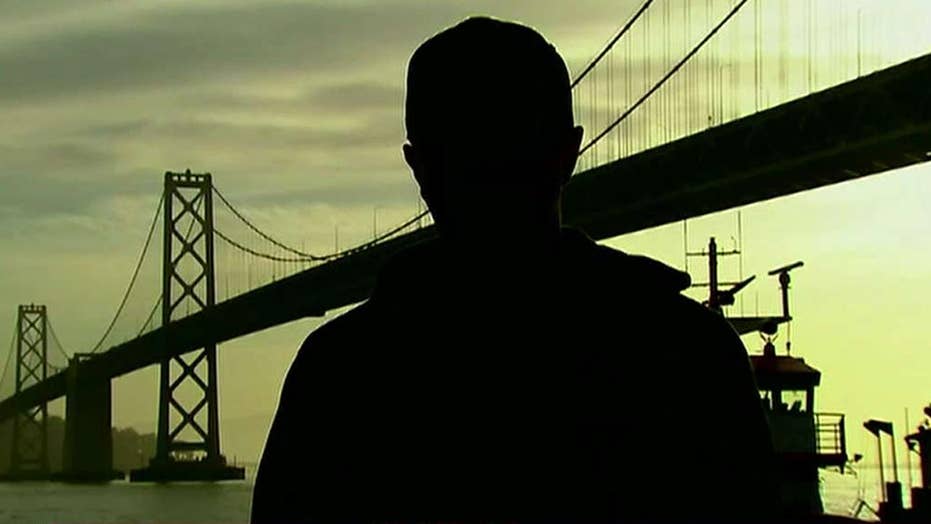 Next time on 'The Next Revolution': Silicon Valley exposed

Jason Calacanis is a recognized voice in Silicon Valley. Besides being a successful entrepreneur and host of the very popular “This Week in Startups,” he’s one of the world’s most famous angel investors.

And in his new book, “Angel” (available July 16) he says Silicon Valley is the only place to be if you want to be a top founder or investor.

Now, Mr. Calacanis certainly knows his stuff when it comes to making successful investments in unheard-of tech companies. Most notably he invested $25,000 in Uber when it was only worth $5 million. This was back in 2010, when Uber was only operating in one city, and only had a couple of Lincoln Town Cars. Today it’s worth around $70 billion in the private markets.

In Silicon-valley lore, that puts Mr. Calacanis up there with other investors who bet early and right. Two of the most famous are Andy Bechtolsheim ($100,000 in Google before it was incorporated; in 2010 it was worth $1.7 billion), and Peter Thiel ($500,000 as the first outside investment in Facebook at a $5 million valuation in 2004; he sold the majority of his shares in 2014 for more than $1 billion).

Often lost when looking at the success of companies like Facebook, Uber, and AirBnB – and the millions of dollars made by those early investors – is how many people scoffed at the ideas at the time. Seriously, you think people are going to put their personal pictures and information online? Going to get into a stranger’s car? Stay on a stranger’s couch?

That’s precisely why early-stage investors are known as “angel investors,” as Mr. Calacanis writes in his book: Because they’re willing to “come to a founder's rescue in their hour of need - when nobody else believes in them.” Angel investing is like buying a lottery ticket, he says, but “unlike the normal schmucks on the street, I get to buy tickets that are in the top 1 percent of the winning pool.”

The book is an engaging read, and founders across the country will hope it inspires more people to become angel investors. But where they’ll rightly take issue is his insistence that the best founders and angel investors need to move to Silicon Valley. While there are “dozens of great angel investors in the second-tier cities,” he writes, “there are more than a thousand in the Valley.”

While Silicon Valley may the leader in tech investing right now – 30 percent of all venture capital money being invested in the U.S. is in the Bay Area – it certainly doesn’t have a monopoly on the country’s brains or money. And as people increasingly see the riches that can be made in tech, the talent and cash will follow.

Just last month PetSmart made the biggest e-commerce acquisition in history, buying the Fort Lauderdale, Florida-based Chewy.com for $3.35 billion. In my town of Baltimore there have been success stories from Bill Me Later (my co-founder, Mike Kott, was part of that team that was bought by PayPal for nearly $1 billion) to fitness giant UnderArmour.

Indeed from Denver to D.C. there are exciting startups and tech ecosystems growing. D.C.-based AOL founder Steve Case (now of the venture capital firm Revolution) calls this “the rise of the rest.” He tours the country and visits five cities in five days, investing a total of $500,000 personally in local startups. Some of the top angels Mr. Calacanis references are outside Silicon Valley, like Mark Cuban (Dallas) and Esther Dyson (NY).

An important lesson in tech investing, as Mr. Calacanis advises readers, is that first doesn’t always win. Google was the 12th search engine; Facebook the 10th social network. Cities needn’t be any different. And because it’s harder to raise funds and build companies outside of Silicon Valley, those founders are more battle-hardened for future challenges (and investors can get better deals for their money).

These sound like opportunities ripe for savvy angel investors like Mr. Calacanis. But they’re not in Silicon Valley. Then again, might it be unwise to scoff at an idea as crazy as investing in companies in other parts of the country?

Daniel Freedman is the co-founder of BurnAlong, a Baltimore-based fitness technology startup, and the co-author of “The Black Banners.”