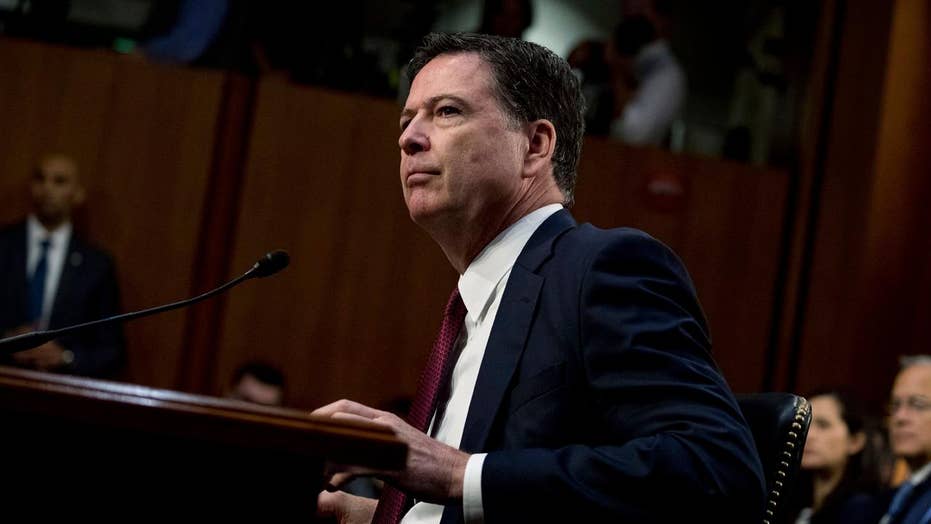 Former FBI Assistant Director Chris Swecker and former Justice Department official Robert Driscoll weigh in on Sen. John McCain’s (R-Ariz.) comments on the release of the FISA memo and how the memo impacts the FBI.

The information contained in the memo released by House Republicans on Friday that accused FBI and Justice Department officials of improperly obtaining permission to surveil a former Trump campaign adviser shows a tragic failure of leadership on the part of former FBI Director James Comey.

But importantly, the memo does not in any way reflect on the outstanding work of the more than 35,000 dedicated men and women of the FBI.

It pains me – as a former FBI executive who loves and respects the organization – to say that Comey’s short tenure at the FBI has proven to be the worst thing to happen to the agency since L. Patrick Gray withdrew his nomination for FBI Director and resigned from the Bureau during the Watergate scandal.

If the facts stated in the memo are true – despite the highly political nature of congressional committees – then there was either incompetent or deliberate manipulation of the Foreign Intelligence Surveillance Act (FISA) Court to get approval of the surveillance.

Even new agent trainees at the FBI Academy know better than to use paid opposition research and newspaper articles to support use of one of the most sensitive and intrusive surveillance techniques in the investigative toolbox. If they do use such information, the FISA judge should have been apprised of the origins of the research.

FBI agents are also taught to never mislead any court of law. It’s unlikely the surveillance warrant would have been issued if the FISA judge was aware that political opponents (the Hillary Clinton campaign and the Democratic National Committee) had financed the information used to obtain approval of the surveillance.

The 2016 FISA approvals in question were signed by none other than FBI Director Comey and Deputy Director Andrew McCabe. The buck stops there. They were the top two officials in the FBI at the time.

McCabe, enabled by Comey, created an attitude among his inner circle that flaunted well- established laws and regulations. Comey usurped the role of the Justice Department in publicly exonerating Hillary Clinton from wrongdoing in her handling of government emails when she was secretary of state.

At the same time, Comey took highly conflicted Attorney General Loretta Lynch off the hook to formally recuse herself from the Hillary Clinton probe as a result of Lynch’s own inexcusable and inept conduct in meeting former President Bill Clinton while his wife was under Justice Department and FBI investigation.

With his conduct, Comey set in motion a cascading set of events that resulted in the FBI becoming a pawn in a political firestorm. He justified making up his own rules because he felt righteous.

Comey permitted leaks and allowed bias to infect two of the most important investigations ever conducted by the FBI. He clearly permitted his lead investigative agent to predetermine the outcome of the Clinton investigation, while allowing the agent’s biased actions and anti-Trump texts to complicate the role of Special Counsel Robert Mueller in actually getting to the truth of Russian meddling in the 2016 presidential election.

FBI agent Peter Strzok and FBI lawyer Lisa Page – who were carrying on a romantic affair when they traded numerous text criticizing then-candidate Trump – are now star witnesses for the defense in any indictments that come out of Mueller’s office.

Mueller is an honest, fair and non-political professional who took a bullet for his country as a Marine in Vietnam. He is our best chance to learn the truth. And the truth should be good enough for everyone. He served for 12 years as FBI director with many accomplishments, no terrorist attacks on his watch and not a hint of controversy.

Current FBI Director Chris Wray has now taken the helm and is trying his best to right the ship. This is no time for him to resign. He has a lot to overcome in a very difficult task. He must maintain his independence from the president while navigating political controversy coming at him from every direction.

Wray is very deliberately cleaning out the remnants of the Comey cabal on the FBI’s 7th Floor. He has apparently been given a preview of the Department of Justice inspector general’s investigation of the conduct of several FBI officials during the Clinton investigation. This inspector general is the same person who outed the Strzok and Page texts.

Now information is circulating that the Republican memo made public is just the tip of the iceberg. Ex-FBI Agents are picking up information that the inspector general’s report will be far more graphic in detailing the misconduct of McCabe, Strzok and others more serious that what is in the memo released Friday.

The Republican congressional memo outlines potentially serious misconduct on the part of the Comey leadership team. Going forward, the FBI should err on the side of transparency. Director Wray should make every effort to declassify the documents and affidavit supporting surveillance approved by the FISA Court.

Such information has been released before. It is better for the FBI to release the information than to have it come from a political body like Congress. Let the public decide for themselves without political spin.

The American people, Congress and the president should sit back and allow Special Counsel Mueller to do his work. This nation has an interest in making sure that Russian President Vladimir Putin’s intelligence thugs and mobbed-up oligarchs do not influence our political processes.

It’s time to find out what really happened.

A previous version of this column mistakenly stated that L. Patrick Gray had been fired as FBI Director during Watergate. He withdrew his nomination to be director and resigned from the FBI instead.